The History Of The Stadium

Deepdale is a prestigious footballing venue. North End supporter or not, football purists must recognise that the Lilywhites' home ground is steeped in history and holds the privileged title of being the oldest professional footballing site in the world in continuous use.

Whilst many sides have shifted about from spot to spot in their short or long term history, Preston North End have remained loyal to the piece of turf in PR1, making it their home since 21st January 1875 when the club's members first took out a lease on the plot of land.

A former farm, Deepdale hosted its first league match on September 8th 1888, when local rivals Burnley were thrashed 5-2. It had previously held many rugby matches and many local encounters before the Football League was formed.

It was recognised as a relatively good ground at the turn of the 20th century. The West Stand Paddock ran along the touchline and stood for almost a century until its demolition in the 1990s. A 'dress tent' was erected in the corner for the players who had previously changed in the old Deepdale Hotel. Both ends behind the goal were open roofed and relatively compact as there was rarely a game which attracted more than 10,000 supporters.

Around the era of 'The Invincibles', the Football League wrote to PNE to compliment the facilities at Deepdale stating that it was 'considered to be one of the best so far as far as comfort to the spectator is concerned.'

The continued success of North End attracted more and more support and it became apparent in 1921 that Deepdale couldn't cope with the demands. The club acquired more land towards the Fulwood end of the ground and built the Spion Kop with the West Stand extended northwards to culminate in a quarter-circle extension behind the goal line. 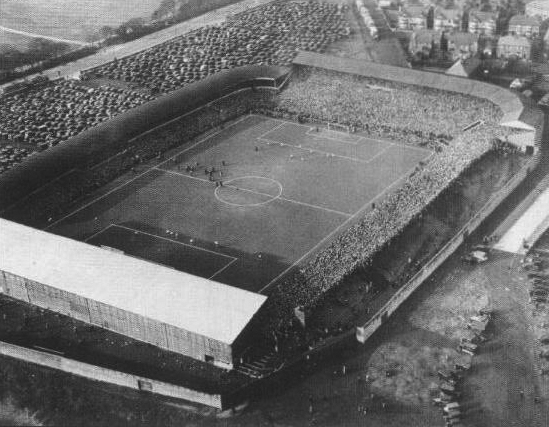 The pitch was moved three yards north to free up more room in the South Town End while at the time, a state-of-the-art architectural design was implemented allowing two tunnels to run through the Kop to avoid congestion at full time. These developments raised the potential capacity to 45,000 fans.

The Town End terrace was partially ruined by fire in 1933 prompting further improvements. Along with its redevelopment, it was decided a new prestigious stand was to be built, alas the Pavilion. Despite only being 50 yards long, it became a home for numerous offices, dressing rooms and boardroom.

In the mid-1950s, two developments took place that shaped the face of Deepdale throughout the 60s, 70s and 80s. The paddocks were terraced and a roof added to the stands that didn't have one at the time. Two year’s work reduced the attendances slightly but catered more for spectators needs.

Whether generally regarded historically as a good or bad move, the plastic pitch was installed at Deepdale in the summer of 1986. The idea behind this was to help the club financially reducing the number of postponements due to the decrepit turf and forge a deal with the local council that allowed them to use the ground in a coaching capacity. 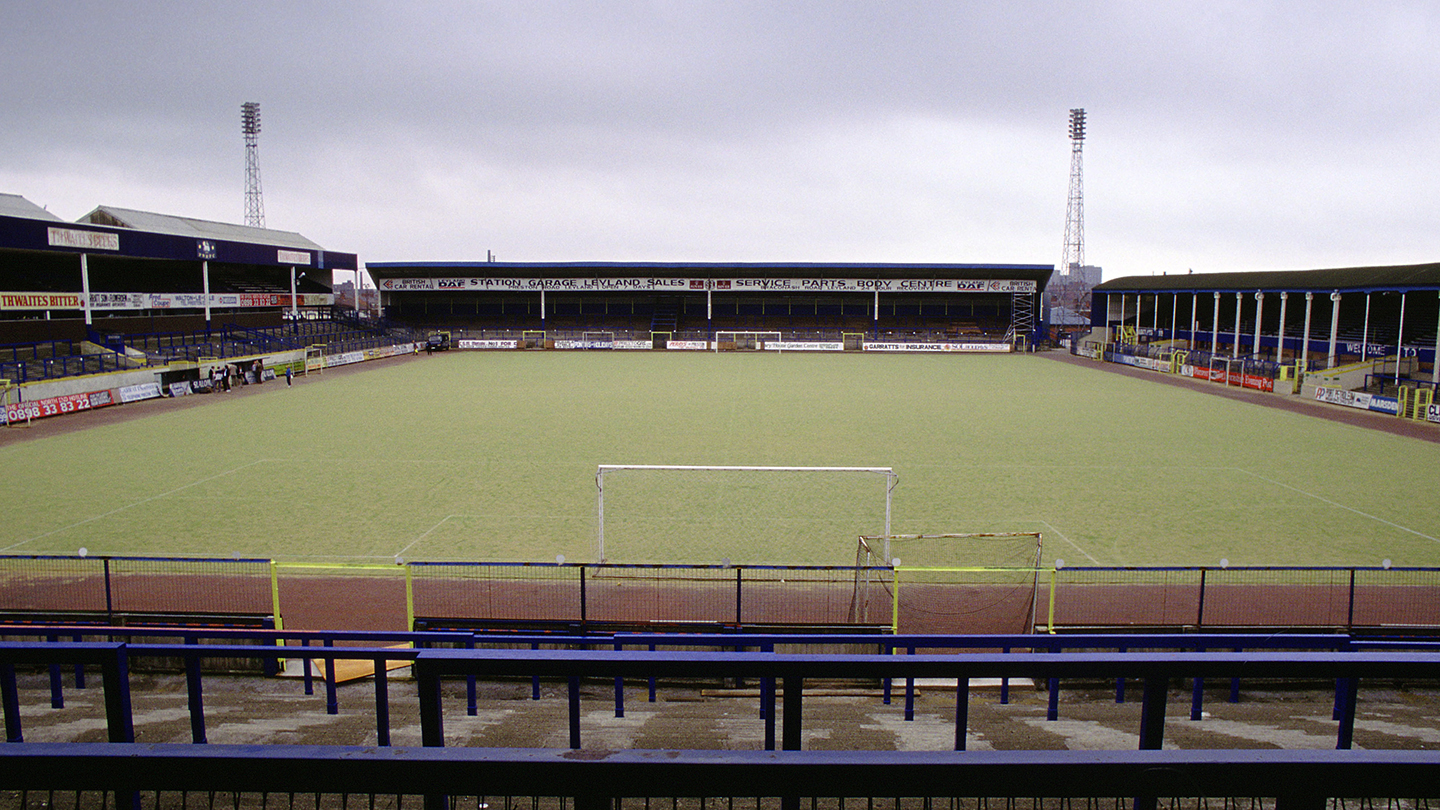 Only Luton Town, Oldham Athletic and QPR followed suit and the idea didn't really progress throughout the Football League. Eventually the pitch was ripped up in 1994 after eight seasons, a welcome move amongst many supporters.

The first steps towards the Deepdale we know today came in 1995 when the old West Stand was bulldozed to be replaced by the stadium's largest seating area, the Tom Finney Stand. The £4.4m project took just under a year to build and became North End's focal point for supporters and business activities. As well as housing 8,100 spectators, the club were able to explore other commercial avenues with the creation of the Great Room.

The 6,000 capacity Bill Shankly Kop was erected two years later behind the goal. The theme of naming the stands after past North End legends continued and the former wing half had his face etched into the design of the seats just like Sir Tom Finney had with his stand two years previously. This stand was later designated to away supporters

With the stadium now two parts complete, plans were made and then subsequently implemented for the other end of the ground. The Alan Kelly Town End was a complete parity for the Bill Shankly Kop, with the former goalkeeper and record appearance maker’s face depicted on the design of seats. Completed in October 2001, the stand is recognised for housing a large section of North End's 'vocal' support. 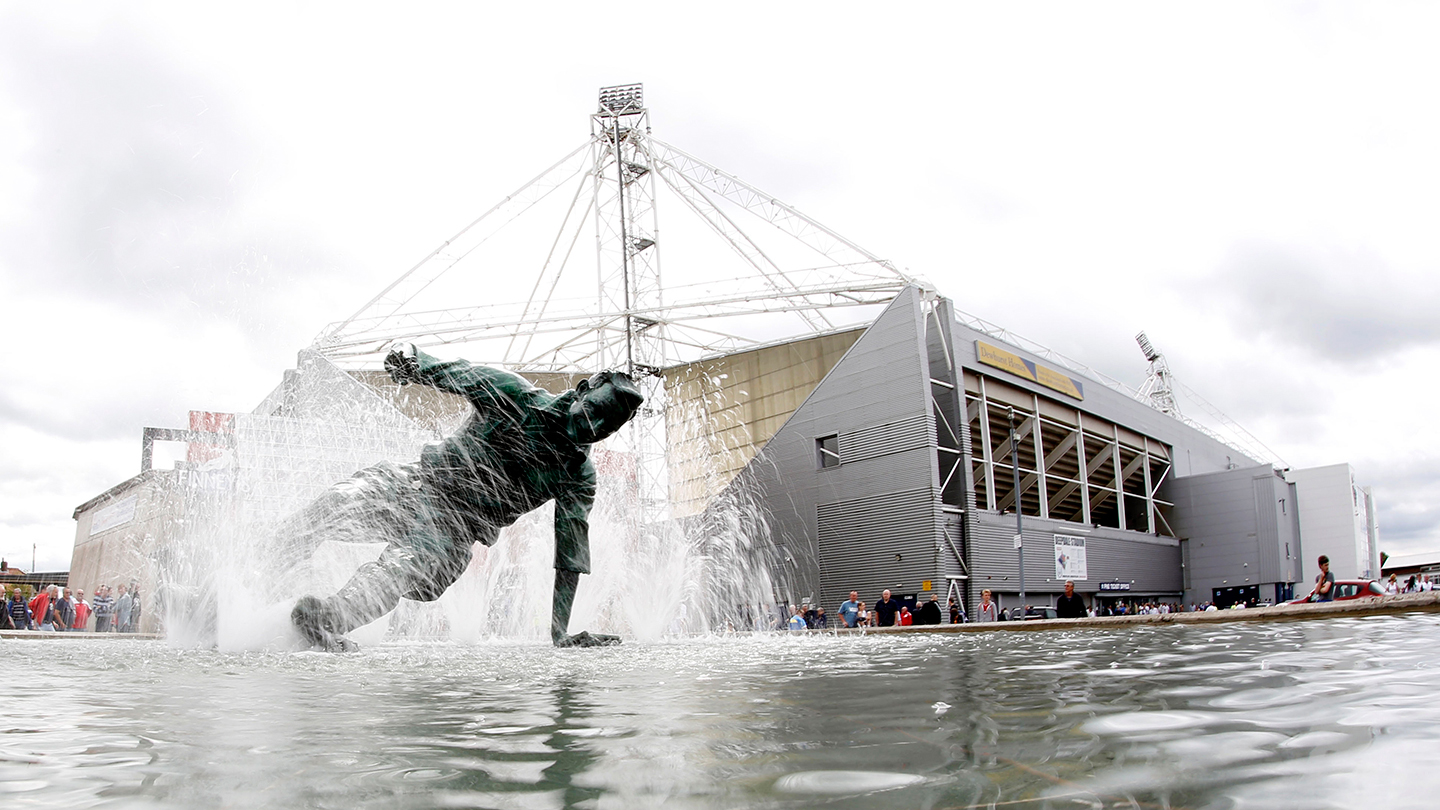 In 2004, Deepdale welcomed possibly the most prestigious and fitting landmark to honour the city and club's most famous son, Sir Tom Finney, with 'The Splash' statue.

Located outside the former National Football Museum, the unique design is based around the photograph taken of Sir Tom in PNE's match at a flooded Stamford Bridge in 1954. Designed and built by Peter Hodkinson, the monument represents the iconic status Finney has at Deepdale with the Club taking the unprecedented step to honour a footballing legend in this capacity.

The Walk of Fame was launched in December 2005 and commemorates players and supporters alike. Fans and residents of Preston had the opportunity to have their names and messages etched on bricks alongside that of PNE legends. Past themes have honoured players with over 300 appearances for the club and the complete list of former managers.

The summer of 2007 witnessed the demolition of the old Pavilion Stand, which stood for over 30 years. For many fans this represented the end of the 'old' Deepdale, but whilst reflecting with fond memories, there is a unanimous consensus that the development was much required to complete the fantastic modern home of North End.

Reconstruction has now been completed, with the new 'Invincibles Pavilion' opening its doors for the first time when Crystal Palace visited Deepdale on Saturday 16th August 2008.

The final development included a row of executive boxes, two large lounges, a new ground safety control box and the stadium's PA/video screen control rooms. The cantilever section at the top of the stand also features a new stadium clock and an inscription reading 'Deepdale Preston', as well as providing scope for further development of new media and corporate facilities. A new Primary Care Trust health centre is also included as part of the build, providing a drop in centre for local residents with medical conditions requiring continuous or long-term care.

The stadium's official capacity is currently 23,404.