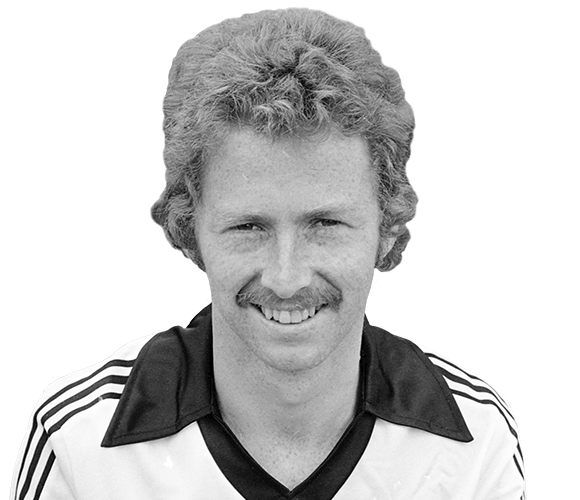 Alex Bruce is one of the most prolific strikers in the PNE’s history, having scored over 150 goals for the club across two spells in the 1970s and early 1980s.

He moved south from his native Dundee to join North End as an apprentice before making his club debut, aged just 19, in a 2-2 draw against Swindon Town in May 1972.

The young forward remained in the first team picture for the first months of the following campaign – his major breakthrough arriving that November. Bruce came off the bench and netted in a 2-1 away win against Leyton Orient and that proved to be just the start of his marvellous scoring record.

Just over two years after his debut, Bruce had caught the eye of several clubs and was signed up by Newcastle United in the summer of 1974 – his talent yielding a huge £120,000 fee.

Fortunately for PNE supporters, though, Bruce returned the following summer, having struggled in the North East. His transfer, which saw then captain John Bird move the other way, led to the resignation of manager Sir Bobby Charlton, but the forward more than showed his worth in this second spell at Deepdale.

Bruce was clinical in front of goal, ensuring he was the club’s top scorer in five of his first six seasons back in the North End side.

He formed a formidable strike partnership with Mike Elwiss during that second stint, which helped the Nobby Stiles-managed Lilywhites to earn promotion back to the second tier in 1977/78.

Bruce ended his playing days with Wigan Athletic, spending three years there following his Deepdale departure in 1983. He scored 171 goals in 404 appearances for North End.