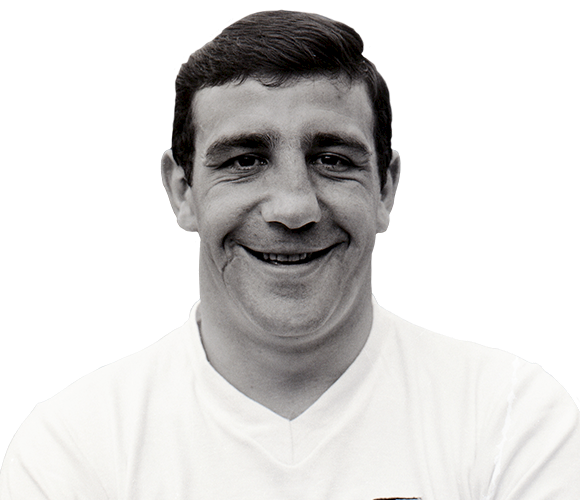 The forward had featured for United for a couple of years, first signing professional forms in 1957 and helping the side to a league title triumph that year.

Nicknamed ‘The Black Prince’, he often played as a winger for Busby’s team, but caused more havoc as the main striker.

The following season, he played in an emotional FA Cup Final defeat to Bolton – the team having lost several players to the tragic Munich air disaster in February 1958. Dawson achieved the rare feat of scoring a hat-trick in that season’s semi-final.

He proved to be a fantastic signing for PNE, finding the net 114 times in 197 league appearances for the club. Typically, the first of those came on his debut against Rotherham United, a 2-2 draw at Rotherham later that October he signed for the club.

Unsurprisingly – considering his record – Dawson was also on the scoresheet in the 1964 FA Cup Final, in which the Lilywhites just lost out to West Ham by a 3-2 scoreline.

Dawson spent almost five seasons with the club and his contribution was evident, as he finished as the team’s top scorer in four of those campaigns. He also scored five hat-tricks during that time, three of which came in the 1964/65 season.

The forward left for in 1967 with his career now entering its latter stages. However, Dawson was able to repeat his prolific goalscoring heroics for Bury, Brighton, Brentford and Corby Town before he finally hung up his boots in 1973.