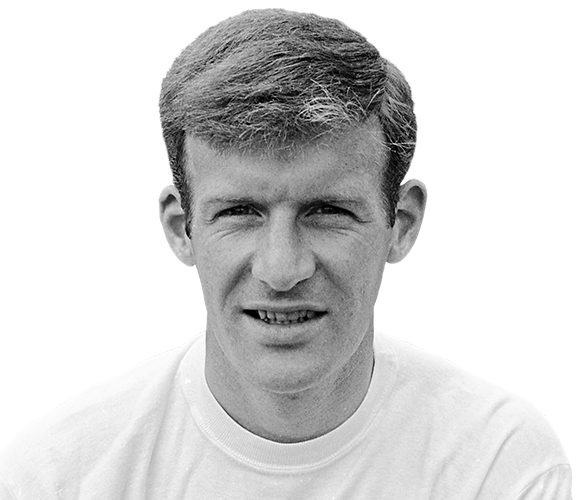 A right back renowned as much for his passing ability as his defensive qualities, Ross made his PNE debut on Boxing Day 1960 against Nottingham Forest. From there, it didn’t take long for the talented defender to cement his place in the side for many years to come.

He received his initial grounding playing alongside fellow legend Willie Cunningham in defence, and took over the veteran’s right back berth following his retirement.

It was a position he took up for the 1964 FA Cup Final, perhaps one of the highlights of his time at Deepdale, although the side lost 3-2 to West Ham United at Wembley.

At the beginning of the next decade, Ross was praised for his role in North End’s promotion back to the second tier, following relegation from that same division a few years earlier. He earned personal accolades alongside that collective team prize.

Ross was awarded a testimonial in 1973, even after his departure from the club to Southport, where supporters turned out in their numbers to show their admiration for such a committed player, who truly gave his all to the club.

His time at Deepdale was followed by spells at American side Washington Diplomats and later Morecambe and Telford United in non-league.

He retired in the closing years of the 1970s and briefly managed Southport in 1983, and until his sad and sudden passing in May 2016 was an ambassador for the club, working on matchdays with corporate guests.