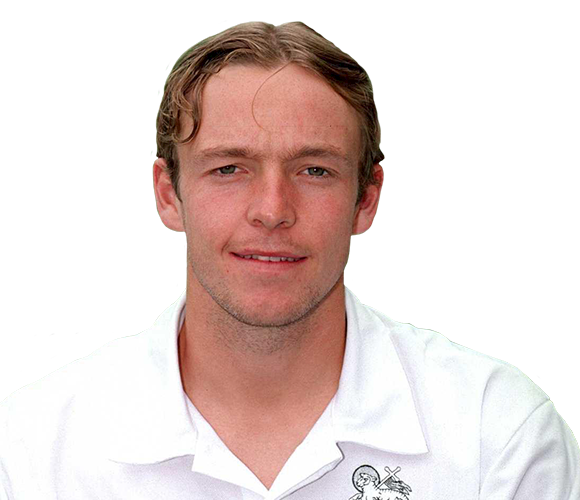 Paul McKenna came through North End’s youth system in the early 1990s and was lilywhite for the vast majority of his career.

A tough tackling midfielder, McKenna broke into the side in December 1996 in an away win against Chesterfield when he was still just 19. He held onto his place for much of the remainder of that campaign, and played a key role in the club’s League One title win only a few years later in 2000.

The Chorley-born midfielder also played an influential role on route to the 2001 Championship Play-Off Final, having scored the winning penalty in a memorable shootout win against Birmingham City in the semi-final, following a 2-2 aggregate draw. Unfortunately, the Lilywhites lost the Final 3-0 to Bolton.

A few seasons of mid-table finishes followed, but both PNE and McKenna would bounce back, particularly in the 2004/05 season.

Billy Davies’ side again reached the Play-Off Final that campaign with McKenna winning the PFA player of the season award for his midfield efforts in the Championship. Even more narrowly this time, the side lost the Final to West Ham by a slender 1-0 scoreline.

McKenna helped the club to the Play-Offs in two of his remaining four seasons in PR1, but couldn’t repeat the feat of reaching the Final before he left for Nottingham Forest in July 2009.

At the City ground, he helped his new club to two Play-Off finishes in two years, but was again just short of reaching the ultimate prize. He did, however, score upon facing PNE for the first time in November 2009, resulting in a 3-0 win for his new side.

McKenna represented Hull City, Fleetwood Town and Bamber Bridge in the latter stages of his career, having made an incredible 470 appearances with 32 goals for North End.