There’s all to play for as we head into the final half dozen games of the season, with just three points covering the teams from sixth to tenth in the Championship table.

And for the Lilywhites that means they know that the next month could prove to be an exciting one, with some big games to come, starting against Reading, where it has been all change over the past month.

Jaap Stam, who last season led the Royals to the Play-Off Final, has departed the Madejski Stadium and former Swansea City and Derby County boss Paul Clement has taken up the hot seat and set about reforming the Berkshire side.

A change from the possession dominant football of the Dutchman has followed, with Clement initially looking to make his new charged hard to break down and hard to beat, so the Lilywhites know that a tough test faces them at the weekend.

Ref Watch
For the third time this season and for the second time versus Reading, Andy Madley will be the match referee for the Lilywhites’ fixture…

Stat Attack
We travel to the Royal County of Berkshire for the 27th time in the league, looking to improve on our record in Reading…

Match Coverage
On Saturday afternoon, if you can’t make it to the Madejski Stadium, then you can sign up for a £5 match pass and watch the game – with full match commentary – live on iFollow PNE…

An early Mo Barrow header gave the Royals all three points, despite this being their only effort on target at the Madejski Stadium.

The Lilywhites had another plethora of efforts on goal, but despite dominating the possession and the chances - hitting both the post and bar - they could not get back into the game, which their play certainly deserved.

Billy Bodin, returning to the starting XI, put in an excellent performance of the right hand side and inside two minutes the Welsh international tested former Arsenal keeper Vito Mannone, as he cut in and smashed a shot on goal that the Italian pushed onto the head of Louis Moult – who started in attack - but the No.21 couldn’t keep the ball down.

The home side took the lead 12 minutes in as a free kick was awarded on the right of the box for a foul by Ben Davies on Jon Dadi Bodvarsson. Liam Kelly’s inswinging free kick was flicked on to the back post and Barrow headed into the top left corner from close range.

The yellows responded almost immediately. With their riposte coming as Bodin was brought down on the edge of the penalty area and Moult curled free kick around the wall, but hit the corner of post and bar and out for a goal kick.

Bodin continued to be a thorn in the side of Paul Clement’s outfit down the right as he worked space for cross, put an excellent ball into the box, but Alan Browne couldn’t quite connect with the header when unmarked eight yards out.

Just before the interval Tom Barkhuizen made a run from his own half; marched through the middle of the Royals backline and curled a shot goalwards from 25 yards that Mannone pushed away, luckily for him landing at the feet of a home team player.

Declan Rudd had been a spectator for much of the game, but two minutes into first half stoppage time he made a vital save from Liam Moore’s header from Sone Aluko’s free kick by the right hand corner flag after Chris Gunter’s blatant dive, when Greg Cunningham had pulled out of a tackle.

North End’s No.39 Bodin continued in the second half where he had left off in the first with an effort that he fired over the bar as Cunningham found him with an excellent cross after a clever back heel from half-time substitute Sean Maguire set his fellow Irishman away down the left.

Maguire had come on with skipper Tom Clarke for Davies and Moult as the manager looked to change the direction of the game and it continued to be one-way traffic with the 704 PNE fans right behind their yellow-clad side.

Five minutes after the interval a Bodin cross from the right, was met by a powerful Maguire header which crashed off the bar and out – just the luck the Lilywhites seemed to be having in recent weeks.

With four minutes to go Bodin yet again caused problems down the right, cutting inside of fellow Welshman Gunter and drove a shot through a crowd of players, but it flew inches wide of the left hand post and despite the best efforts of the side, a goal would not come and the home side held on for the points.

The Lilywhites travel to the Madejski Stadium on Saturday and look set to be backed by another good away following. 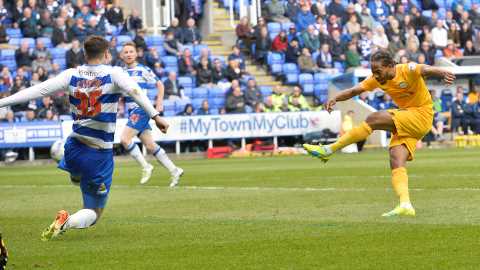 Over 600 tickets have already been sold for the clash in Berkshire, with tickets still on sale via MyPNE.Com, by calling 0344 856 1966 or in person from the ticket office. They will remain on sale online until 1pm on Friday 6th April and until 4pm at Deepdale. 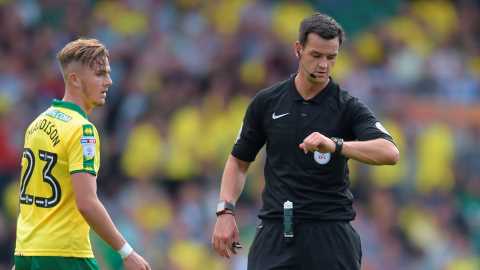 Supporters purchasing wheelchair tickets should not that the carer ticket it situated directly on the row below and not adjacent to the wheelchair space. Any supporters who require their carer to be sat directly next to the wheelchair user should speak to a steward on the day who will provide a portable seat for the carer.

Coach travel is also available for this fixture and is priced at £25 per person. Coaches will depart both Deepdale and Leyland at 9.30am and supporters are advised to arrive 15 minutes prior to departure.

Tickets can be purchased from 9am on Saturday morning, by phoning Reading's main ticket office on 0118 968 1313, or alternatively purchasing from the South Stand ticket office which is located between Gates 9 and 10 (where North End supporters will enter the stadium) from 1.30pm onwards.

Collections and reprinted tickets can also be collected from the South Stand ticket office. 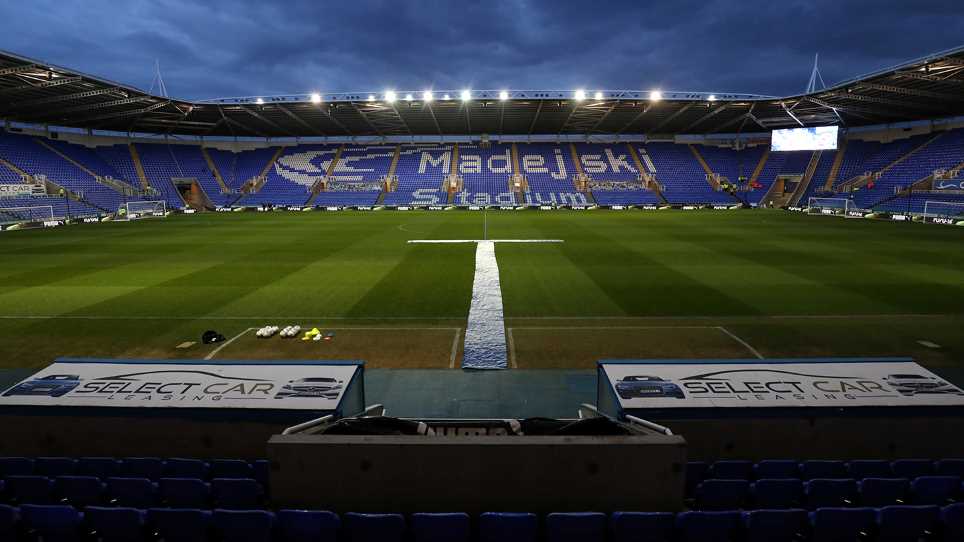 
Ticket details for the trip to Reading next month have now been confirmed.