Both teams started the season with victories in their respective leagues at the season and will be looking to maintain that momentum with cup success on Tuesday night.

Having met just a few short weeks ago, in the middle of pre-season, Stanley and the Lilywhites know plenty of each other’s style and the options available to the respective managers, but this Lancashire derby will not be played on friendly terms.

John Coleman speaking to accringtonstanley.co.uk: “We know a lot about Preston and the way they play. They really impressed me in the pre-season game here, they had a good work ethic and they moved the ball well.

“That night we didn’t play as well as I know we can and we had a bit of a mixed side out, so I think that they’ll definitely see a much better Accrington this time around.

“We learnt a lot from Saturday’s win over Colchester, there was some very good points and some excellent play. There are a few areas we need to brush up on and we’ll speak to the players about certain aspects that we want them to be getting right more often.”

North End boss Alex Neil revealed that Josh Harrop is not quite ready to make his PNE competitive debut, having sat out Saturday’s opening day win over Sheffield Wednesday at Deepdale.

Other than Harrop, only skipper Tom Clark (Achilles) is out of action, meaning the manager has multiple options to choose from against a side who were victorious against Colchester United on the opening day.

Sean Maguire could be involved against a club where he made 33 appearances for Coleman, who brought him over from Ireland.

That year, he also refereed the home draw with Bristol City and he was in charge of two PNE matches the previous year season; March 2015's 1-1 draw at Barnsley and October 2014's home derby day win over Fleetwood Town, when Joe Garner's second half hat-trick gave the Lilywhites a 3-2 win.

Eddie, from Tyne & Wear, is in his 16th season on the Football League list and is a familiar face to North End fans. Astonishingly, this will be his 23rd game in charge of North End, with the Lilywhites only losing two of 23 so far!

Other recent games in charge of PNE before the Fleetwood game were 2013/14 season's Boxing Day win at Carlisle, when Josh Brownhill scored the goal of the season and the Johnstone’s Paint Trophy win at Morecambe in October 2010 - whilst his first was a 3-0 home win over Gillingham way back in February 2003!

This is only the third time we have ever faced Accrington Stanley in a competitive fixture. The previous occasion was the third round of the FA Cup in 1960/61; we drew 1-1 at Deepdale before overcoming Stanley 4-0 in the replay at Peel Park two days later.

It is a common misconception that Stanley were founder members of the Football League but in fact that was Accrington FC, who were a totally different club. Accrington FC were older than North End, formed in 1876 and they have a special palce in our history, being the first team to take a league point off us in a goalless draw on 20th October 1888. They resigned from the league in 1893 following relegation to the newly created Second Division and folded in 1896. We played Accrington in ten league games, winning six and drawing four.

Stanley were formed in 1891, but did not enter the league until 1921. After several years of financial difficulty, they resigned during the season after we faced each other in the cup. The club folded in 1966 and the current version of Stanley resurrected the club's name in 1968. They finally returned to the Football League in 2006 after winning promotion from the Football Conference.

This is a Carabao Cup fixture, therefore iFollow live video broadcast is not available, overseas and UK supporters can still receive audio commentary of the game, with Jonathan Breeze and Paul McKenna on air from 7.15pm.

Accrington Stanley have also confirmed that tickets will be available on the night, but supporters are advised to buy in advance.

Ambulant disabled and carer tickets are priced as above with the carer free of charge. Wheelchair user tickets are to be booked through Accrington Stanley by calling 01254 356950. These tickets are situated in the main stand at pitch side, nearest the away supporters section.

Accrington have confirmed that they will not duplicate any tickets under any circumstances, so fans must collect their tickets in advance from Deepdale.

Two goals from Jordan Hugill saw Preston North End twice come from behind against Accrington Stanley, but eventually they went out of the Carabao Cup due to an agonising 93rd minute winner from the home side.

Ben Richards-Everton had given the Reds a first half lead, but Hugill slammed home to level matters. A controversial second from Jordan Clark put John Coleman’s side back in front, but Hugill levelled in the first minute of injury time.

But the East Lancashire side went through to the second round when Billy Kee diverted a header from a corner past Chris Maxwell with just seconds left on the clock.

Manager Alex Neil had made nine changes to the side that took three points on the opening day of the Championship season, at home to Sheffield Wednesday, with debuts for Stephy Mavididi and Kevin O’Connor, with Calum Woods returning to the bench after almost 13 months out through injury.

It was Stanley who showed first, however, recent recruit Kayden Jackson missing a good chance after Jonny Edwards had headed Tom Dallinson’s cross into his strike partner’s path.

North End’s most lively player in the opening stages, Daryl Horgan, dragged a shot just wide of the left hand post, when in a promising position, but on 20 minutes the Lilywhites found themselves behind.

A free kick from the right hand touchline by Sean McConville fell nicely for Richards-Everton at the back post, with the defender showing great composure to control and shoot low into the bottom right hand corner of Chris Maxwell’s goal.

North End dominated possession and chances in the rest of the opening half; Marnick Vermijl firing wide after Liam Grimshaw had threaded him through one-on-one with Simon Jorgensen; Callum Robinson missing wide left and the huge goalkeeper in the Accrington goal denying both Ben Davies – from a Hugill knock down of a Paul Gallagher corner – and Horgan, who ran from deep, played a one-two with Callum Robinson, but the Irishman’s shot was turned around the post.

The equaliser came with 20 minutes to go and it was a stunning counter attack. From the moment Daniel Johnson won the ball on the edge of his own box, it took North End just ten seconds to break upfield and score at the other end, without the ball leaving the deck. Horgan collected the ball from Johnson, drove away from the penalty area, played a one-two with substitute Sean Maguire, before threading Hugill in down a right hand channel. The No.9 reached the edge of the box and drilled hard and low into the bottom left hand corner in front of the 1,736 PNE fans, who braved the rain on the opening terrace, outnumbering the home fans.

Horgan continued to be a thorn in the home team’s side and saw a shot from 20 yards out deflected wide for a corner by Mark Hughes, but against the run of play – and in controversial fashion – it was Stanley who went back ahead on 84 minutes.

Andy Boyle let a long ball down the left bounce, but was then barged off the ball by Jackson. Everyone expected match official Eddie Ilderton to blow the whistle, but he allowed play to go on and the former Barnsley man put the ball across the six yard box and Jordan Clark slid in to steer the ball into the bottom right hand corner of the goal.

But it looked like North End had taken the game to penalties one minute into the three signalled for added on time. Maguire collected the ball from Johnson just outside the right hand corner of the penalty area and lifted a lovely cross to the back post to where Hugill rose above Hughes and powered a header into the top right hand corner, much to the delight of the soaked travelling contingent.

However, late drama saw the match end without the need for extra-time when a corner from the right by McConville was headed goalwards by Richards-Everton and Kee diverted the ball past Maxwell from just five yards out, to send Stanley into the second round hat.

There was even time for a late goalmouth scramble at the other end when a Horgan corner from the left saw Maxwell up and Gallagher and Hugill both kept the ball alive, but when the ball came back to the corner-taker, the No.7’s shot into the six yard box ricocheted away and the referee’s whistle ended the contest.

Tickets for the first round Carabao Cup tie against Accrington Stanley at the Wham Stadium are still on sale.

Alex Neil’s first cup match in charge of the Lilywhites sees the team make the short trip down the M65 to face John Coleman’s men.

Accrington Stanley have also confirmed that tickets will be available on the night but supporters are advised to buy in advance.

Ambulant disabled and carer tickets are priced as above with the carer free of charge. Wheelchair user tickets are to be booked through Accrington Stanley by calling 01254 356950. These tickets are situated in the main stand at pitch side, nearest the away supporters section.

Accrington have confirmed that they will not duplicate any tickets under any circumstances, so fans must collect their tickets in advance from Deepdale. 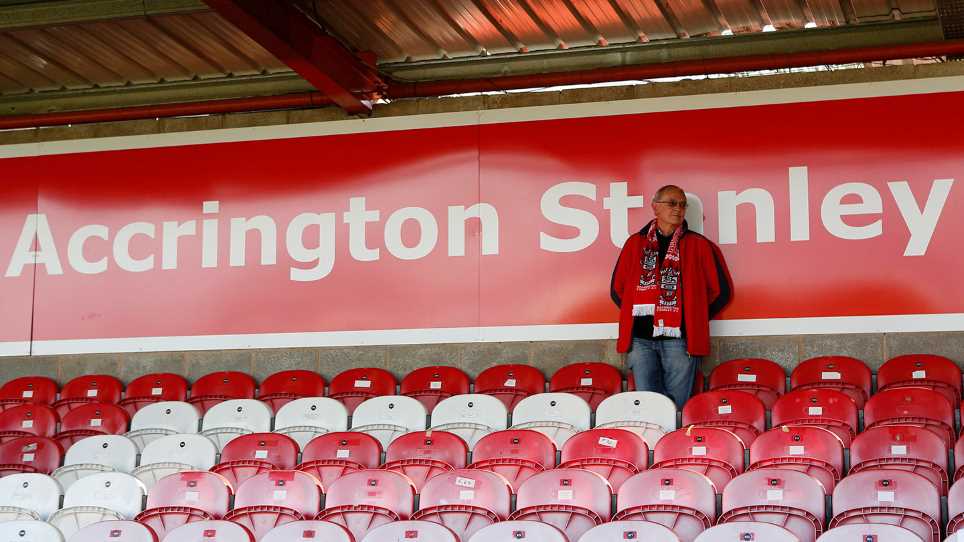