The Lilywhites go into the game on the back of a seven game unbeaten run, looking to further press their claims for a place in the top six by extending that against a tough opponent in the Tykes.

Both manager Alex Neil and midfielder Ben Pearson return to a former club and both are featured in our preview pieces, as we look ahead to when will be our 87th league game played on St Stephen’s Day.

The hosts come into the game on the back of a pre-Christmas defeat at Fulham on Saturday, but with a hard-working side, that will make it very difficult for the Lilywhites, they should certainly not underestimated.

They have had a busy week off the field, with a takeover completed of the club, and this will be their first home game since that historic day, meaning there could well be some added extra anticipation around the place for PNE to deal with.

Click here for the manager’s preview of the game

Click here for our statistical look at the fixture

North End extended their unbeaten run to eight games, but had to settle for a Boxing Day point in a goalless draw against Barnsley at Oakwell.

The Lilywhites had the better of the chances, Jordan Hugill hitting the post in the first half, but the second period became more of a battle, and although Chris Maxwell was rarely threatened, the hosts nullified Alex Neil’s side’s attacking potency.

The manager had been forced into two changes before the game, with skipper Tom Clarke not risked after soreness in his leg and Callum Robinson ruled out due to a bruised foot, but he was able to include Greg Cunningham in the 18 for the first time since August.

Daryl Horgan was given his first start of the season and the Irishman was involved in the first and perhaps very best chance of the entire game.

It was a brilliant counter attack from North End as Paul Gallagher sent Horgan down the left hand side. He drove on and cut back, playing the ball back to Gallagher, who had run 50 yards to support the attack. The No.12 crossed for Tom Barkhuizen, whose header was saved by Adam Davies, but only as far as Hugill, 15 yards out, who drilled the ball back, left-footed, but saw it come off the foot of the right hand post and away for a goal kick.

It was the visitors who were doing all the attacking in the opening 45 minutes and the next chance saw Ben Pearson – on his return to his former loan club – find Daniel Johnson in the box. There was an excellent recovery tackle on the midfielder by Andy Yiadom, but the ball was only cleared as far as Hugill, who couldn’t this time find the target.

On the hour mark Paul Gallagher was withdrawn with an injury and Josh Harrop replaced the experienced midfielder, with the former Manchester United man almost having an immediate impact, picking up the ball in his own half, running 50 yards before unleashing a shot from the edge of the ‘D’, that had the home side’s captain and goalkeeper scrambling, but the ball flashed just past the left hand post.

Paul Heckingbottom’s side had a real opportunity on 63 minutes. Gary Gardner was plated through the middle by Yiadom, but Calum Woods - returning to the side from injury – made a superbly timed tackle to nick the ball off the foot of the former Villa man, suffering a dead leg in the process that would shortly after end his return to the team prematurely.

Into the final ten minutes and the two sides traded good chances; firstly Barkhuizen burst pace Yiadom down the left, into the box and fired goalwards with the outside of his foot, only for Davies to get down low to push the ball behind. And up the other end Maxwell was finally called into action with four minutes left, doing his job superbly, making a brilliant save to deny substitute Harvey Barnes, who had cut in from the left and shot low towards the bottom left corner until the Welsh stopper made a fine save to push the ball well away.

Despite seven minutes of stoppage time, neither side was able to carve open another clear cut chance and for the second year in success, the clash between the two sides in S71 ended goalless.

Tickets and travel for the Boxing Day trip to Oakwell to take on Paul Heckingbottom’s Barnsley are now off sale at Deepdale and online.

However, with 1,732 pre-sold, there are still plenty of tickets available for those wishing to travel on the day.

There will be no juvenile (U17) or U12 tickets available on the day, anyone under the age of 22, must pay the young adult price which is £18.

Adult tickets are also available, for £25, whilst those aged 65 or over pay £18. Entry is available via cash only, as the turnstiles at the away end at Oakwell.

The club have been given a full allocation of 4,500 in the Palmer Cons Ltd North Stand behind the goal. 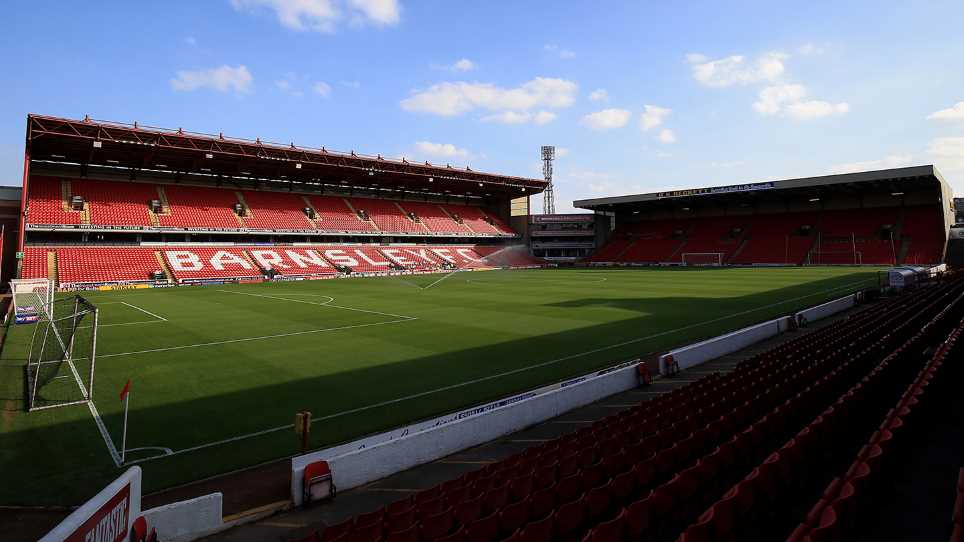 
Ticket details for PNE's Boxing Day clash with Barnsley have now been confirmed.