North End face off against the Reds for the second time in a month, but there has been a change in management at the City Ground since our 1-1 draw just two days before Christmas.

Aitor Karanka is now charge of Forest and he brings with him the experience of getting promoted from this division; that along with their talented young squad makes for a tough opponent on Tuesday night.

Both teams suffered FA Cup defeats on their travels at the weekend, our hosts losing 2-1 at our upcoming opponents Hull City at the KCom Stadium and therefore both sides will be looking to return to winning ways this midweek.

The Lilywhites haven’t won at the City Ground since Pawel Abbott’s goal was enough to take the points for Craig Brown’s men back in 2003, but will be looking to change history this time around.

Click here for Alex Neil’s views on the game

A superb display from Alex Neil’s side saw them end a 15 year wait for a win at the City Ground.

Billy Bodin’s first goal for the club, a header from Tom Barkhuizen and a late Daniel Johnson penalty gave them a richly deserved 3-0 win over Aitor Karanka’s Nottingham Forest.

Bodin fired home ten minutes before the interval after Callum Robinson and his high press had forced a mistake, before Barkhuizen headed home a Paul Gallagher corner on the hour mark, before Johnson dispatched from 12 yards after Bodin had been fouled in the penalty area seven minutes from the end.

North End were without Greg Cunningham through injury and Jordan Hugill was left out, but Ben Pearson returned to the centre of midfield.

The game was a cagey affair in the opening quarter, but the Lilywhites looked sharp and dominated possession in the early exchanges.

The best chance of the first period came the way of Gallagher, who after a quick break down the left was found by Josh Earl 25 yards from goal; the No.12’s whipped right-footed effort arrowing just inches past the right hand post of Jordan Smith’s goal.

The hosts had a trio of corners that were thrown into the danger zone, but Declan Rudd, making his first league start since his summer move, was not tested in the opening half an hour.

And the opening goal came on 35 minutes. David Vaughan played what seemed to be a harmless ball back to Michael Mancienne on the edge of the ‘D’, but the Forest skipper got the ball caught under his feet and it was nicked out from under him by Robinson into the path of Bodin, who calmly poked a strike from 18 yards past a stranded Smith into the bottom right hand corner of the goal – his first for his new club and his 12th of the season.

Right on the stroke of half-time the former Bristol Rovers man was close to doubling both his and his team’s tally as Robinson had been upended by Mancienne on the right hand corner of the penalty area and the No.39 struck the free kick over the wall, but Smith was well-positioned to claim the ball as it headed to the top right hand corner.

The opening quarter of an hour of the second half saw North End the dominant team once again and they got their much-deserved second on the hour mark.

Robinson, who had been magnificent leading the line, won a corner on the right that gave Gallagher the chance to put a delicious delivery onto the penalty spot to where Barkhuizen had perfectly timed his run, powering a header past Smith into the top left hand corner of the goal right in front of the travelling lilywhite contingent.

And the flying front man almost grabbed another three minutes later as he collected Pearson’s ball down the left and drove past Tendayi Darikwa into the box, firing towards the top corner, only for an outstretched hand from Smith to turn it behind for a corner.

Robinson himself tried to get in on the act at the second period’s mid-point, picking up a flick from Earl on the left side of the penalty area, driving along the edge of the box into the ‘D’, before firing a shot that deflected off Joe Worrall and into the hands of Smith, much to Forest’s relief.

A real chance to make it three came with 18 minutes to go, when the ball was worked superbly down the right involving Pearson, Robinson and Bodin, before the ball was pulled back for Alan Browne on the penalty spot, but he mistimed his shot and it looped over the bar with Smith rooted to his line.

And with eight minutes left Mancienne’s night got even worse when he fouled Bodin, who had made a driving run into the box and referee Geoff Eltringham had no hesitation in pointing to the penalty spot, with no argument from anyone in red.

Midfielder Johnson had just come on as a substitute for Gallagher and stepped up dispatching the ball superbly into the bottom right hand corner of the goal, sending Smith the wrong way to make it 3-0 and wrap up the points.

Tickets remain on sale for Tuesday night’s trip to the City Ground, as the Lilywhites take on Aitor Karanka’s Nottingham Forest. 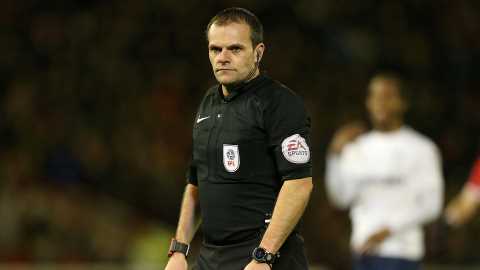 Tickets are available online at MyPNE.Com, by calling 0344 856 1966 or in person from the ticket office and will remain on sale until 2pm on the day of the game, both online and in person.

Nottingham Forest strongly recommends that children be at least primary school age when attending fixtures. Babes in arms and chlidren in buggies will not be permitted for their own safety. 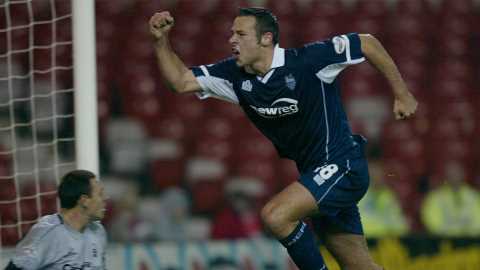 There are 11 pairs of tickets for wheelchair disabled supporters, which are priced as above with a carer ticket free of charge if required.

Ambulant disabled supporters tickets are taken from the main allocation and are priced as above with a carer ticket free of charge when required.

Coach travel is also available and is priced at £15 per person. Coaches will depart both Deepdale and Leyland at 3.15pm.

Nottingham Forest have also confirmed that they will sell on the night to PNE supporters. There is an £2 increase on adults and seniors, but the 12 to 17-year-old and four to 11-year-old tickets prices remain the same.

There is an away ticket office, located at the rear of the Brian Clough Stand, which will open from 6.15pm on match night evening. Supporters will be able to purchase tickets from this office as well as collect pre-paid tickets and duplicates. Sales are cash only. 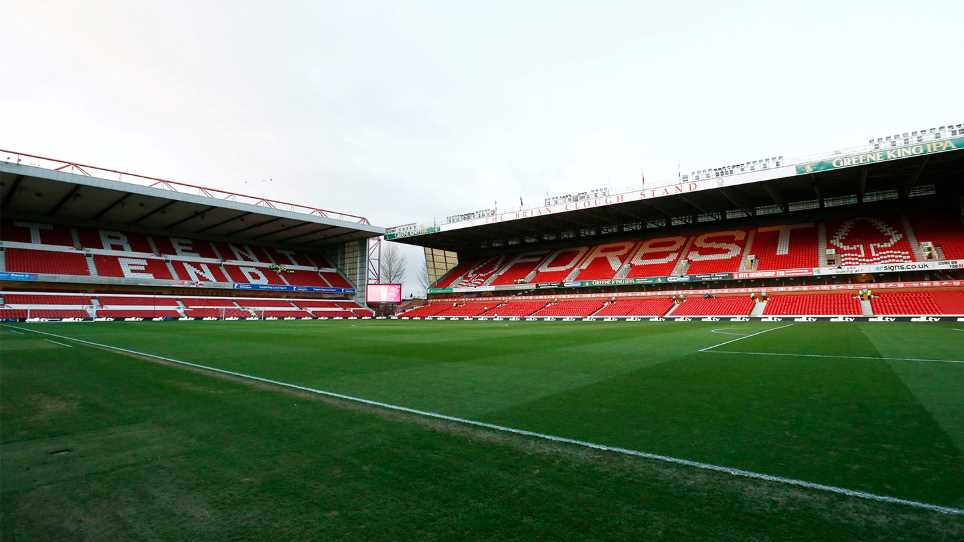 
Ticket details for PNE's trip to the City Ground later this month have now been confirmed.