The New Year begins with the Lilywhites looking to begin 2018 the same way they ended 2017, with a victory against a fellow promotion contender.

The late Tom Clarke header saw PNE inflict Cardiff City’s only second home defeat of the season, to move within a point of the top six on Friday night and on Monday afternoon they come up against another expensively assembled squad, in Middlesbrough.

They have recently seen a quick change at the top, with Tony Pulis replacing Garry Monk in the managerial hot seat at the Riverside, and this means that a tough, well-organised and hard-working test will be up against Alex Neil’s men to ring in the next year.

A big Bank Holiday crowd is expected at Deepdale and the ticket office reopens at 9am on Monday morning, so fans are advised to get down as early as possible, to miss the last minute rush, or take advantage of 24/7 sales online at MyPNE.Com.

Click here for the manager’s thoughts on the game

Click here for a statistical look at the game

Click here for Tony Pulis’ views on the game

Click here for captain Tom Clarke’s preview of the game

The Lilywhites’ nine match unbeaten run came to an end after a topsy-turvy encounter on the opening day of 2018 at Deepdale. 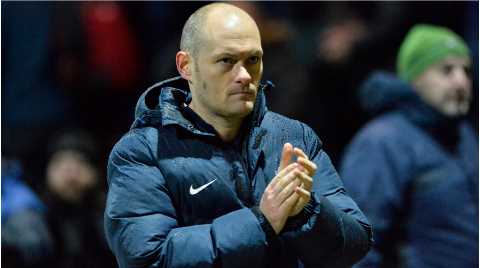 Gaffer Frustrated For His Players After Boro Defeat

However, anyone in attendance supporting Preston North End, must have left the ground with nothing but positive things to say about a display that at times was mesmerising to watch.

The statistics backed that up, with 72 per cent possession in the first half, having 20 shots to the visitors’ seven, but it was Tony Pulis’ side who came from behind to win 3-2 and give the new Boro boss his first win in charge.

Jordan Hugill then headed home Daniel Johnson’s ball in against his home town club to give Alex Neil’s side the lead going in at half-time, but goals in the second period from Jonny Howson and a second from the head of Ayala saw the side in red record their first three points of the new year.

The manager had made four changes to the side that overcame Cardiff City on Friday night, with Robinson, Johnson, Calum Woods and Josh Harrop coming into the side, the latter an influential figure all afternoon.

And it was the former Manchester United man who created the game’s first opportunity, picking up the ball after a spell of possession by his team-mates, before driving at the heart of the Middlesbrough defence and firing a right foot shot, that drifted just wide of the left hand post from 25 yards out.

The visitors went ahead with their only attempt of the first half. Adama Traore was adjudged to have been brought down by Johnson on the left hand side and the free kick was delivered by Stewart Downing to the back post, to where centre half Ayala rose highest to head into the top right hand corner.

But it took a mere seven touches and 20 seconds to draw level. From Pearson’s kick-off, he went back to Ben Davies, who found Johnson, the ball went back to Pearson, onto skipper Tom Clarke, who fed the ball straight out to Barkhuizen, who delivered a first time cross to the back post where Robinson powered a header back across Randolph and into the bottom right hand corner of the goal.

After the equaliser there was only on side in it running up to the break. From a Robinson cross from the left, Hugill got up highest to head a ball that was pushed out of bottom right hand corner by Randolph for a corner. From the cross by Harrop, deep to back post, Davies fired over bar under pressure.

Shortly after, goalscorer Robinson collected from Johnson on the left, before unleashing a great effort that Irish international stopper Randolph tipped out of top right corner onto the bar and behind. From Harrop’s corner, Clarke’s header was tipped over bar for another and the next delivery, from Robinson, was blocked on line by George Friend.

But it was no surprise when five minutes before the interval, PNE went in front. It was well-worked again as Barkhuizen fed the ball to Johnson, who had drifted out to the right hand side of the penalty area. The No.11 checked back onto his left foot and crossed into the penalty where Hugill headed taking a slight deflection off Ayala and past Randolph to give his side a deserved lead, with his tenth goal of the season, against his boyhood club.

And it should have been 3-1 before the break, when Harrop again showed great quality to deliver into the penalty area, from the right, finding Clarke, who headed goalwards, finding Barkhuizen three yards out, but he could not get over the ball and headed against the cross bar.

As dominant as the Lilywhites had been, Pulis was able to add experienced forwards Rudy Gestede and Patrick Bamford to his attacking options early in the second half and they were to play their part in a comeback.

Twenty minutes into the latter half North End were unable to clear the ball around the edge of the box and Howson – who had played under Neil at Norwich City – worked the ball onto his right foot, curling it into the left hand corner of the net from the edge of the ‘D’.

And the game was turned on its head 17 minutes from time. Ben Pearson has shepherded the ball behind for what he – quite rightly – thought was a goal kick. However, the officials awarded a corner, which Downing took quickly to Armand Traore, who delivered deep to the back post, again finding Ayala, the Boro No.4 heading into the left side of the goal.

Daryl Horgan and Paul Gallagher were added into the mix for North End and the Irish winger went closest to an equaliser, when with two minutes of normal time left his cross-cum-shot was tipped over by Randolph, but they were unable to force a sixth goal in the game.

Normal matchday prices apply for Monday afternoon’s clash with Tony Pulis’ Middlesbrough at Deepdale, with tickets on general sale for all areas.

Tickets can be purchased at Deepdale from 9am until 5pm on Saturday, then from 9am until kick-off on the day of the game, both in person and over the ticket hotline – 0344 856 1966.

Away end tickets will be available on the afternoon, with no increases for matchday purchases. Visiting Blades supporters can buy from the away ticket office next to the Bill Shankly Kop on Lowthorpe Road, with cash and card payments accepted.