‘Preston fans are the best, they’re the Gentry’, the immortal words of Alan Ball Senior back in the early 1970s and this weekend well over 3,500 Lilywhites will make the short trip down the M61 to celebrate the lives of those North Enders who are no longer with us.

If that is the appetiser, the main course is a local derby with plenty at stake. North End are looking to get back to winning ways after only their second defeat in 18 games.

Their away record has been excellent, but the home form of their hosts at the Macron Stadium has also been good of late and it will no doubt be a hard fought clash of two sides looking for all three points.

For Alex Neil, he has options available to him for the first time in a number of weeks and as the season reaches its climax, with 12 games to go, there will be nothing other than three points as the target against the Wanderers.

Ref Watch
This Saturday’s match official, for the Gentry Day trip to face Bolton Wanderers at the Macron Stadium, is taking charge of his fourth PNE match of 2017/18…

Stat Attack
Whilst all 61 of our home league games have been at Deepdale, our hosts today have lived up to their name by receiving us at three different grounds since we first visited Pikes Lane in November 1888…

Ticket Information
Fans are reminded that Saturday’s fixture is an all ticket game, with no tickets on sale on the day of the game to Preston North End supporters…

Opposition View
Wanderers manager Phil Parkinson is out to ruin Gentry Day, as the Lilywhites head to the Macron Stadium for this weekend's Championship game...

PNE Team News
Darnell Fisher sits out the final match of his two game ban for collecting ten bookings for Saturday’s trip to the Macron Stadium.

Match Coverage
On Saturday afternoon, if you can’t make it to the Macron Stadium, then you can sign up for a £5 match pass and watch the game – with full match commentary – live on iFollow PNE…

Sean Maguire made a dream return from injury to score twice as the Lilywhites came from behind to beat Bolton Wanderers 3-1 and celebrate Gentry Day in style.

The Irishman came off the bench to put North End in front for the first time, before sealing the win with a smart close range finish in injury time.

Phil Parkinson’s side had taken an early lead with defender Mark Beevers poked home from a corner, but Tom Barkhuizen raced down the left after collecting Callum Robinson’s excellent through ball and finished superbly into the bottom right hand corner, in front of the travelling Gentry.

Manager Alex Neil, who promised pre-match to don a bowler hat if the side were victorious, kept good on his press conference statement, wearing the hat in celebration at the final whistle. But before the game he made one change from the side that faced Ipswich Town the previous week, Paul Gallagher in for Louis Moult. Maguire selected amongst the substitutes for the first time since his November operation to reattach his hamstring tendon to the bone.

The yellows started on the front foot and had two great chances to go ahead in the opening ten minutes. Both fell the way of Billy Bodin; the first as he was sent clean through by a clever Alan Browne pass. The No.39 was one-on-one with the keeper, but he got the ball caught behind him and the Ben Alnwick made fine save with his legs to block the ball for a corner.

But the forward had another chance three minutes later, meeting a Gallagher cross from the left with his head, after pressure down the left from Callum Robinson and Greg Cunningham had created the chance to put the ball in the box, but again Alnwick claimed the header low down to his left.

And therefore when the opening goal came on 12 minutes, it was very much against the run of play. Calum Woods had done well to put the ball out off a Bolton man, but referee Peter Bankes pointed to the corner. Filipe Morais put the ball into the box and Dorian Dervite header goalwards, the ball ricocheting out to Beevers, who poked home through a crowd of players.

This was a rare foray forward for the home side, with North End having 70 per cent possession in the first half and it took a brilliant save from Alnwick to keep his side ahead at the interval. Barkhuizen picked up the ball on the left and drove inside and right at the heart of the Wanderers defence, playing a one-two with Robinson before unleashing a shot towards the top left corner, only for the stopper to tip the ball up and over the bar.

But as the yellows came out after the break, the next time the two would come face to face, it would be the North End No.29 who came out on top.

Some excellent forward play saw the ball played up to Robinson, who held it up, turned and then threaded a ball inside the Bolton right back, who was outpaced by Barkhuizen, who travelled into the box and placed the ball past Alnwick and into the bottom right hand corner of the goal for his eighth of the season and his fourth in consecutive away games, right in front of the 4,000 travelling away fans on 53 minutes.

They were close to being ahead before the hour mark. Some brilliant build up play involving four or five players eventually saw Gallagher head forward into the path of Robinson, who drilled a vicious shot from 15 yards, but just over the cross bar.

Maguire was returned to the action on 64 minutes and Josh Harrop also came on shortly after the two would have a huge influence on the final 20 minutes of the game.

With 13 minutes to go a North End corner was somehow kept out when Robinson headed Gallagher’s ball goalwards, but saw it smothered away with Alnwick stranded, but within seconds they were ahead.

Robinson was again involved, collecting the ball down the left hand side, where he had moved to when Maguire had come on. He ran forward into the left hand side of the penalty area, before drilling the ball across the six yard box, where the Irish international nipped in front of David Wheater to drive the ball home from six yards out.

And if that wasn’t already a dream return for the No.24 as his and the Gentry’s day became even better when in the second of four added minutes, Barkhuizen and Harrop combined down the right hand side to slide the ball across to Maguire who calmly stroked the ball into the empty net from eight yards out to send the travelling frozen hordes into raptures and seal the three points.

Fans are reminded that Saturday’s fixture is an all ticket game, with no tickets on sale on the day of the game to Preston North End supporters. 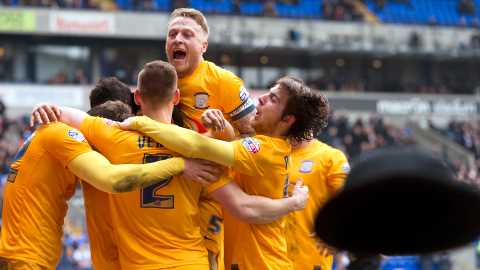 This was selected as Gentry Day by North End fans, with ticket sales being brisk, the lower tier completely sold out and nearly 3,500 tickets in total already sold for the game at the Macron Stadium.

Upper tier tickets remain on sale and can be purchased in person at Deepdale, online at MyPNE.Com or by calling 0344 856 1966, with tickets remaining on sale until 5pm on Friday 2nd March.

Please be aware that supporters who have already purchased tickets in the lower tier will not be able to swap to the upper tier.

Supporters should also be aware that refunds will only be available until 5pm on Friday. At the request of Bolton Wanderers, there will be no refunds after this time if supporters are unable to make it to the game.

A reminder that supporters can also take advantage of discounted travel with club coach travel available for just £5! 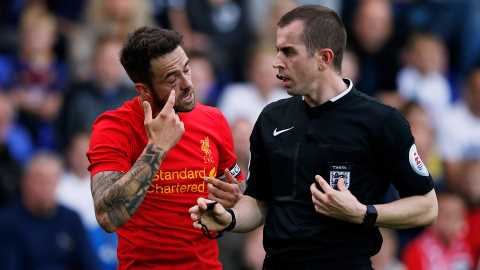 Coach travel is still available from Deepdale this weekend for just £5! Please be aware that coach travel from Leyland has sold out.

Coaches will depart Deepdale and Leyland at 1pm. Fans are reminded that they must be at their bus at least 15 minutes before departure time on Saturday and no alcohol is permitted.

Supporters travelling from Deepdale are able to park on the Sir Tom Finney and Bill Shankly Kop car parks, the Invincibles Pavilion car park will not be open for parking.

The prices above replicate the price of tickets for home supporters at the Macron who have an equivalent view.

There are still tickets available for wheelchair disabled supporters, which are located on a raised platform in front of the lower tier. These are priced as follows with a carer ticket free of charge: Adults £30, seniors (65 and over) £24 and U23s £24, U18s £12 and U12s £10.

Car parking facilities are also available at the Macron for away supporters and are priced at £7 per car, £12 per mini bus and £20 per coach.

For any supporters collecting tickets at Bolton, they can do so from the ‘collections windows’ at the ticket office, which is located on the east side of the Macron Stadium, adjacent to the club super store. 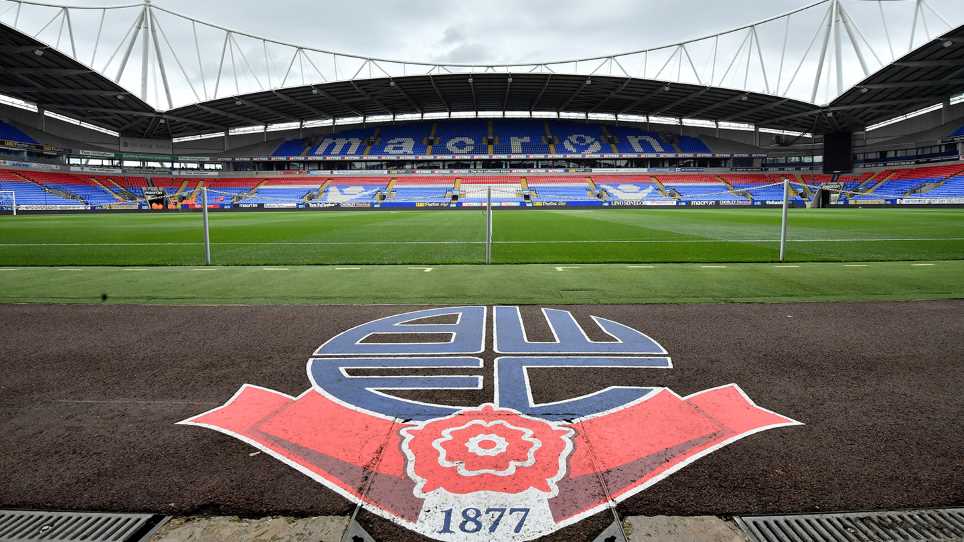 
All lower tier tickets for PNE's Gentry Day trip to the Macron Stadium on Saturday 3rd March have sold out. 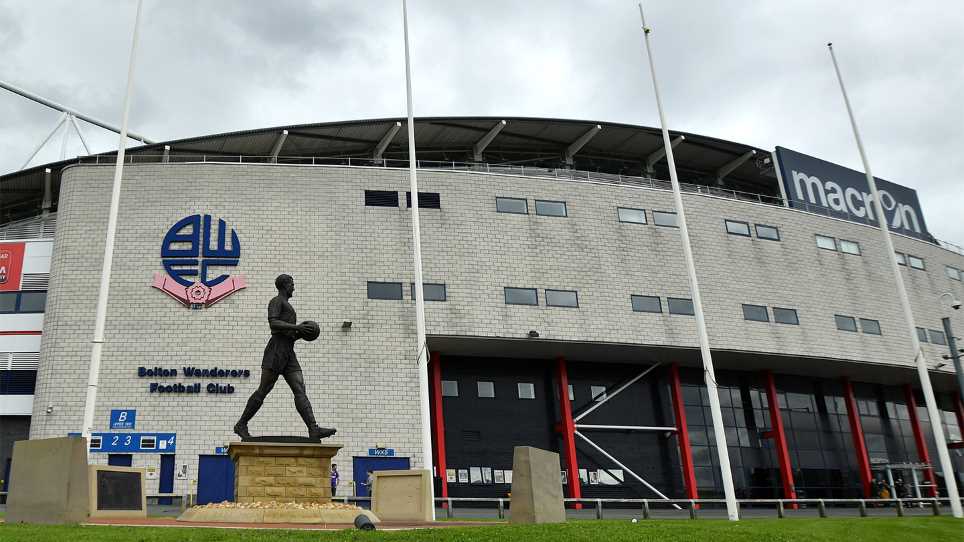 
Ticket details for the trip to Bolton Wanderers have now been confirmed.


Following representations by Preston North End to Bolton Wanderers, a change is to be made to the ticketing arrangements for the Gentry Day clash on Saturday 3rd March.