North End will look for their first away win of the season when they travel to the second city, to face Harry Redknapp's Birmimgham City at St Andrews on Saturday afternoon.

A sell out away following from the club's initial 1,500 allocation is expected to descend on the Blues as Alex Neil's men look to cement a place in the top six with their second victory of the week, having beaten then league leaders Cardiff City at Deepdale on Tuesday night.

The manager should have the luxury of welcoming back Daniel Johnson into his plans, meaning some tough decisions will have to be made on team selection, after an excellent performance from all those involved against the Bluebirds.

The home side made a number of significant new recruits in the summer transfer window and the experience of Redknapp will likely mould his squad into a force this season and the Lilywhites will expect a very tough game.

The last two seasons this game has ended as a 2-2 draw and both matches provided real entertainment for supporters; let's hope the same can be said this weekend.

Click here for details of the match's iFollow coverage

Click here for Darnell Fisher's thoughts on the match

The Lilywhites showed great character to come from a goal down at half-time to put three past Birmingham City at St Andrew’s and end Harry Redknapp’s time at the Blues boss.

Maxime Colin’s deflected goal had put the home side ahead ten minutes before half-time, but second half goals from Daniel Johnson, Jordan Hugill and Tom Barkhuizen gave Alex Neil’s side a deserved three points, as they moved up to fourth place in the Sky Bet Championship.

The Lilywhites boss had been forced to make a change to the side that had thrashed Cardiff City in midweek, ever-present right back Darnell Fisher missing out, with Calum Woods selected to make his first start since May 2016 after recovering from a cruciate knee injury.

Johnson also returned from injury, replacing John Welsh in centre of midfield, with Paul Gallagher ruled out from the 18 due to illness.

The visitors came out of the blocks quickly and almost forced an early opener. Josh Harrop, starting his goal away from home, broke with pace down the right hand side and drilled a cross in. One of the Blues’ three summer signings from Brentford, Harlee Dean, went to clear it, but sliced the ball towards the bottom right hand corner, forcing former Brighton & Hove Albion stopper David Stockdale into a fine save, pushing the ball around the post at full stretch.

Redknapp’s side created opportunities, however, and former Blackburn Rovers loanee Sam Gallagher perhaps should have done better midway through the half, heading wide at the back post from Liam Walsh’s cross – the midfielder having replaced another former Blackburn man, Jason Lowe in the third minute, due to a hamstring injury.

And they took the lead ten minutes before half-time. A long ball from skipper Michael Morrison was played into North End’s right back area where another former Bee Colin was in a very advanced position from his left back role. He controlled the ball well before cutting inside past the attentions of Sean Maguire and firing a shot that came off Paul Huntington, taking it away from goalkeeper Chris Maxwell – making his 50th appearance for North End - into the bottom right hand corner.

There was almost an immediate reaction with a big chance to go in level at the break created when PNE countered with Harrop robbing Walsh in the middle of the park before breaking over half way, threading the ball into Hugill, who took the ball well into his path, but dragged his right footed shot wide of the left hand post from 15 yards out.

However, whatever was said by the manager at half-time had a huge influence on the game, as a difference Preston North End emerged from the dressing room in the second period, pressing the home side back into their own half from the off.

There had already been two shots on goal, that Stockdale did well to get right behind, before the equaliser came. It was 11 minutes after the break and Barkhuizen won the ball on the right touchline, just over half way. He cut inside and as the ball slightly overran, Johnson collected in just to the right of the centre circle. He moved forward with pace before opening up his body and curling a beautiful shot into the bottom left hand corner from the edge of the ‘D’. The former Aston Villa man was already was already receiving plenty of vitriol from the St Andrew’s faithful and this only raised their angst; as he received a yellow card following his celebrations.

Within five minutes they were ahead and the 1,700-strong away following were out of their seats. Again Barkhuizen was heavily involved, harrying and harassing on the edge of the ‘D’ to eventually force the ball away from Colin, easing the ball to Harrop. The former Manchester United man threaded the ball to Hugill in the right hand corner of the penalty area and he got his head down and drilled an effort into the goal at Stockdale’s near post.

And it became three goals in 11 minutes with a superb goal mid-way through the second half. Johnson had the ball inside the centre circle and moved forward before playing a delightful ball into the box for Sean Maguire, who opened up the City defence and then pulled the ball back along the six yard box for Barkhuizen, who slid home into the empty net.

In the remainder of the game the Lilywhites closed it down extremely well. John Welsh, described by the manager as ‘the wall’ after his midweek display, came on for his 400th career appearance and prevented Birmingham creating any chances to further test Maxwell. In the closing stages Woods, who had completed 80 minutes on his return, and Johnson were also replaced, but it remained 3-1 for the team’s fourth win of the season and their first three points on the road since January’s opening away game of 2017 at Burton Albion.

North End have now sold out their initial 1,500 allocation of tickets for Saturday's trip to Birmingham City, however, fans will be able to pay on the day at St Andrews.

Lilywhites supporters will be seated in the Gil Merrick Lower Stand at the home of the Blues at the weekend.

All those under the age of 15 must be accompanied by an adult or they will be refused entry at the turnstile.

Wheelchair and ambulant disabled tickets are priced as above with the carer ticket free of charge if required.

Those wanting to pay on the day can do so via the cash only turnstile at the away end, with up to a further 1,300 spaces available for North End fans. 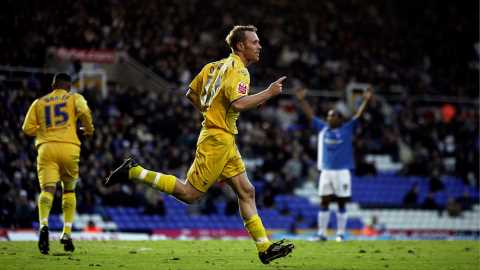 Coach travel is also still available for this game and is priced at £15 for all. Coaches will depart Deepdale and Leyland at 11.45am - this can be purchased in person at the ticket office at Deepdale until 5pm on Friday or over the phone at the same times on 0344 856 1966. 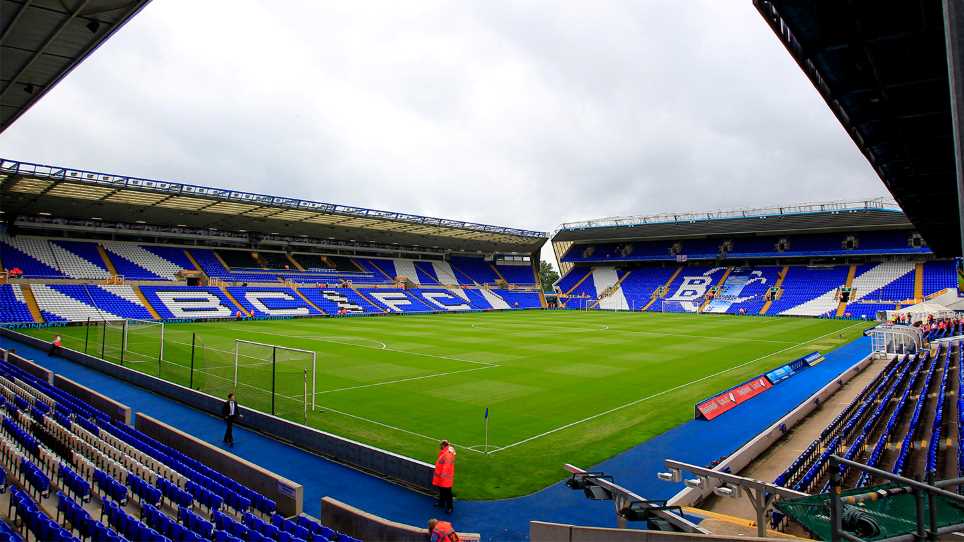