It has been somewhat of a tumultuous couple of weeks for both of the Good Friday opponents at Deepdale.

For the Lilywhites, manager Alex Neil has signed a new three-year contract, whilst the visitors suffered relegation at the weekend, despite their best efforts over the past few months.

But the Tractor Boys make the lengthy Bank Holiday trip to the north west looking to finish the season with some pride and momentum, as they look to bounce straight back to the second tier at the first time of asking.

For PNE, they too will be looking for momentum, with four days to go, the manager will want to learn everything he can about his young squad before they head off on their summer break to rest and recover ahead of the 2019/20 season.

The game is also 'Retro Day', being organised in aid of the Gary Parkinson Trust, with a number of former players at the game, plus Gary and his family our guests of honour, more information can be found in the article links below.

Retro Day
Fans of all ages are invited to wear their retro shirts as we celebrate Retro Day this Friday in aid of the Gary Parkinson Trust...

Ticket Information
It’s a 3pm kick-off for our penultimate home game of the season, as we take on Paul Lambert’s Ipswich Town in the SkyBet Championship at Deepdale this Good Friday…

Ref Watch
For the third time this season, but the first at Deepdale North End will have Steve Martin as the match official for a game when we face Paul Lambert’s Ipswich Town on Good Friday…

Memorable Match
The last time North End scored more than against the Tractor Boys at home in the league, a certain Danny Welbeck was in the team, and he grabbed the second…

Team News
Manager Alex Neil is still without Ben Pearson, who sits out the second of the three game suspension he picked up for his red card against Leeds United…

Match Coverage
Whether you’re overseas and watching on iFollow or in the UK and listening to the game on our coverage, you’ll hear the tones of former PNE winger Chris Humphrey this Good Friday …

Alex Neil’s Preview
Preston North End manager has spoken of his relief at putting an end to speculation about his future, after putting pen to paper on a new three-year deal at Deepdale …

Declan Rudd Interview
PNE's No.1 Declan Rudd wants to rectify the last two weeks and take some momentum into next campaign…

On a glorious afternoon at Deepdale, with the sun out, former players getting a fantastic reception and the fans rolling back the years in replica strips from years gone by, Alex Neil’s Lilywhites turned on the style.

A first half brace from Callum Robinson and then a second half one from Lukas Nmecha put North End in cruise control against already relegated Ipswich Town, as they played some superb football in front of the Bank Holiday crowd.

They started with real intent with Nmecha brought down on edge of box after superb forward play only 15 seconds into the game, Paul Gallagher’s resulting free kick hitting the wall.

PNE lined up with a 4-4-2 formation, Nmecha partnering Sean Maguire in attack, with Gallagher and Robinson on the flanks; Joe Rafferty getting his first start at right back, Darnell Fisher moving to the left – one of three changes to the side that started at West Brom.

And they took control of the game six minutes in. Daniel Johnson provided the assist after some superb patient build-up involving at least seven of the outfield players; Johnson eventually finding CR7 on the edge of the ‘D’, who curled his effort past Bartosz Bialkowski into the bottom right hand corner.

On 13 minutes Nmecha was sent clean through by Gallagher, Aristote Nsiala making a superb last-ditch block to deny him a second of the game. The resulting Gallagher corner met by Ben Davies – who hit the left-hand post with follow up over the bar from Ryan Ledson.

But it was 2-0 at the half’s mid-point as Robinson found the net again with a superb volley into top right-hand corner from 15 yards out after the ball was headed up in air by Nsiala from debutant Rafferty’s cross from the right.

On the stroke of half-time Robinson was denied a first half hat-trick by a brilliant Bialkowski save and then on the follow up Nsiala headed Nmecha’s header off the line – until that point it looked like it wouldn’t be the on loan Manchester City man’s day, but that was to change after the break.

It took ten minutes of the second half, but the goal came as the No.45 fired home from close range after Bialkowski spilt Robinson’s shot after superb play from Maguire, driving from 50 yards out into the box and then sliding the ball left for the wing-man to shoot on target.

Just after the hour mark, a rare chance fell the way of Paul Lambert’s side as Kayden Jackson hit the bar after picking up a loose ball in an empty penalty area, but failing to find the target with Declan Rudd stranded.

And with 15 minutes to go it was four for the home side as some superb play by Robinson saw him this time turn provider, picking the ball up down the left, driving into the box and drilling the ball across goal finding Nmecha at the back post, who drilled into the net past the visiting goalkeeper.

Substitutes Louis Moult and Jayden Stockley combined superbly with the latter denied by a brilliant save from Bialkowski with two minutes left. Moult collecting a through ball and finding his strike-partner unmarked, he Cruyff turned his defender to shoot low, but the keeper made a fine stop and it remained 4-0 on a thoroughly enjoyable afternoon in PR1.

It’s a 3pm kick-off for our penultimate home game of the season, as we take on Paul Lambert’s Ipswich Town in the SkyBet Championship at Deepdale this Good Friday. 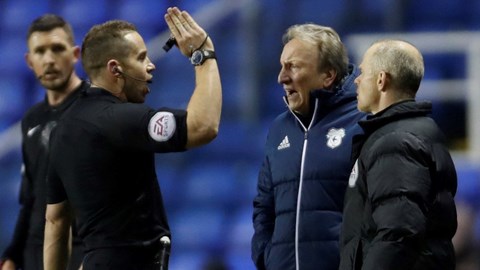 Tickets can be purchased at Deepdale from 9am until 5pm on Wednesday and Thursday, 9am until kick-off on the day of the game, both in person and over the ticket hotline – 0344 856 1966. 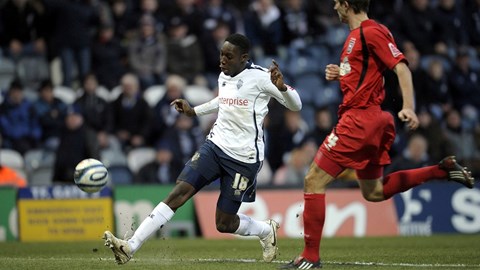 Away end tickets are available on the day, with no increase in prices and they can be purchased, along with any collections, from the away ticket office next to the entrance of the Bill Shankly Kop on Lowthorpe Road, open from 1.30pm, purchases can be by cash or card.