North End’s second away game in the space of three days sees the Lilywhites travel to Pride Park to take on Derby County this Saturday afternoon. 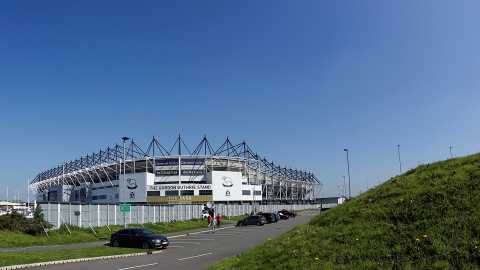 Alex Neil’s men take on Frank Lampard’s Rams looking to bounce straight back from Tuesday night’s defeat to Norwich City. The North End boss has options available should he wish to make changes with the close proximity of the fixtures.

Last season the Rams won both of the two clashes between the sides 1-0. This game will be the fifth of the season, whilst last year, after what was the fourth of the campaign, PNE were just one point better off than they currently are.

The change of manager at County has brought with it plenty of exposure, with the high-profile nature of their appointment, and it has also brought a change of footballing style. They have picked up a couple of wins and go into the game looking to make it back-to-back home victories.

The appointment of the former Chelsea man into the hot seat has also brought a number of new faces, including a few young talents on loan, but they still have plenty of familiar faces, including former North End fan favourite David Nugent, who started their win over Ipswich Town on Tuesday night.

Ref Watch
The referee for Saturday's trip to Pride Park will be David Webb, who has a significant number of games officiating the two clubs over the years…

Memorable Match
Back in September 2002, Derby County boss John Gregory saw his season plunge further into crisis as Preston North End recorded an impressive first away win of the season at Pride Park…

Match Coverage
North End take a trip across to Pride Park at the weekend to face Frank Lampard’s Derby County and if you can’t make it, we have you covered…

Alan Browne’s Preview
Alan Browne insists PNE must put Wednesday night's defeat to Norwich City, with a trip to Derby County next up for the Lilywhites…

Mount opened the scoring with Derby’s first shot on target seven minutes before the break, firing home after David Nugent’s cross from the right. And Keogh headed home the second from Mount’s corner with 12 minutes to go.

There were four changes for the Lilywhites with Josh Harrop, Ryan Ledson – for his first league start – Ben Davies and Graham Burke coming into the side and the green-clad visitors dominated the first half and were very unlucky to come at the break 1-0 down.

Ten minutes in Lukas Nmecha tested Scott Carson in the Rams goal after a good spell of pressure from North End, Callum Robinson finding him just inside the box, and his quick feet allowing him room to shoot but straight down the former England stopper’s throat.

And the former Liverpool custodian was in good form; just before the half hour mark he saved superbly from Robinson. Nmecha again went forward and played in Harrop who drove forward and pulled the ball back to Robinson, who checked inside and shot, the keeper going down to his right to push the ball behind for a corner.

The opening goal came on 38 minutes and it was completely against the run of play. PNE were on the attack, but the ball was collected on the right by Mason Bennett, who played the ball down the right for Nugent, who played a first-time ball right across in behind the green defence and Mount collected, checked onto his right had fired low past Rudd into the left-hand side of the goal.

The second half reverted back to type from the off, with North End dominating the chances, in fact 70 seconds in Graham Burke was found by Nmecha and curled an effort from the right-hand corner of the box past Carson, but also just over the stanchion.

The home side were still a threat on the counter and another Nugent through ball found Bennett in the box, but Rudd stood up well to deny the midfielder in a one-on-one chance in the 50th minute.

On the hour mark Burke went close to levelling matters. A free kick from Harrop into the box was headed up in the air and fed back into the middle of the box by Andrew Hughes, where the Irishman spun and shot left footed just past the left-hand upright.

But with 12 minutes to go Frank Lampard’s skipper Keogh wrapped up the points for the home side. A corner was conceded on the right and Mount delivered to the back post and Keogh rose highest to head down and squeezed the ball into the bottom left hand corner.

Tickets are still on sale for the Lilywhites' trip to face Frank Lampard's Derby County at Pride Park on Saturday.

All children aged 13 and under must be accompanied by someone aged 18 or above and children under two years will not be permitted entry to the stadium.

All disabled supporters will pay their relevant age band and will receive a carer ticket free of charge if one is required. There are eight pairs of wheelchair and carer tickets available which are located on a platform. Ambulant disabled and carer tickets are to be taken from the main allocation. Rows BB and CC are recommended for those with reduced mobility.

Disabled parking is available at Derby County on a first come first served basis and costs £5 per space.

Supporters wanting to book disabled parking should call Emma Drury on 0871 472 1884 (option 1) or email emma.drury@dcfc.co.uk to book, no later than 24 hours before the match. Supporters will be asked to show and display their blue badge.

Coach travel is available from Deepdale and Leyland, which departs at 11am and priced at £15 for all.

Tickets for the clash with the Rams are on sale from Deepdale, in person from the Deepdale ticket office, over the phone during opening hours on 0344 856 1966 and online 24/7 at www.mypne.com.

Tickets will be on sale at Deepdale until 4pm on Friday 24th August, with online sales on MyPNE.Com available until 1pm the same day. Any duplicates or collections can be collected from the away ticket cabin situated at the South East corner. 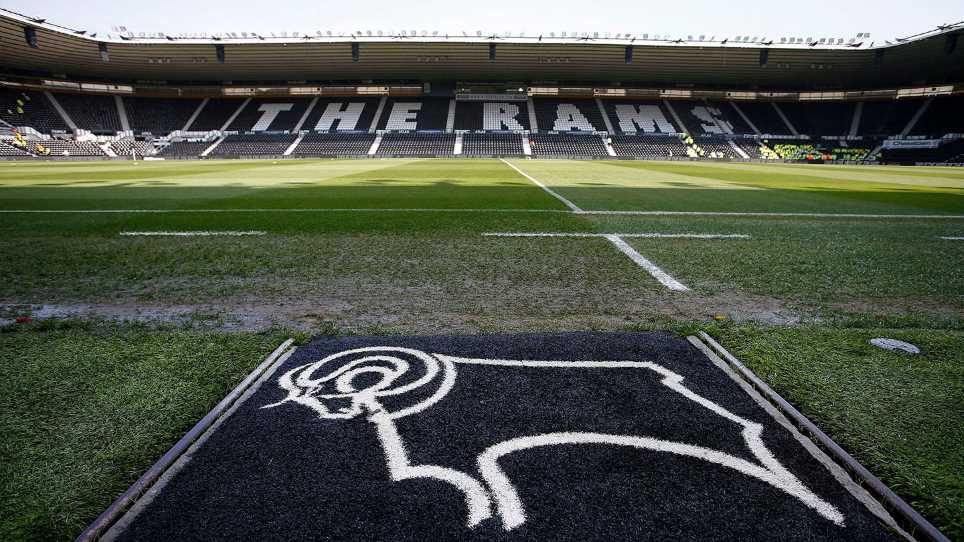 
Tickets for the Lilywhites' trip to face Frank Lampard's Derby County at Pride Park are now on sale.