The Lilywhites make the first of 23 away trips when they travel to South Wales to face Graham Potter's Swansea City in their second SkyBet Championship game of the season.

After an opening day victory over Steve McClaren's Queens Park Rangers at Deepdale on the opening weekend, Alex Neil will be looking for his side to build upon that with a tricky test against a side who only a few months ago were in the Premier League.

The Swans have pressed the reset button following relegation, with Graham Potter - who did an incredible job at Ostersunds - taking over at the helm at the Liberty, along with Alex's former manager at Hamilton, Billy Reid, as the assistant.

Like North End, the Swans opened their campaign with a win, an impressive 2-1 victory at Bramall Lane, against a Sheffield United side, who last season had a positive campaign, finishing just below PNE.

Ahead of the game, we have all the build up, with links below to all the latest news on the game, plus details of tickets and match coverage.

Click here for the ticket information for the game

Click here for details of the game's match officials

Click here for the team news from both camps

If you can't get to the game, click here for details of our match coverage

Click here as Louis Moult looks ahead to the game

A first half header from Jay Fulton gave the home side the three points at the Liberty Stadium, despite the Lilywhites' efforts as they dominated the second half.

In driving rain at the Liberty Stadium, the home side showed their Premier League qualities in the opening half and went ahead just after the half hour mark, Jay Fulton’s powerful near post header from Joel Asoro’s cross and this was after Declan Rudd had made a super save from Oli McBurnie’s 11th minute penalty.

But it was a different story in the second half as North End dominated possession and the chances and gave everything towards the cause, but couldn't get the goal their play certainly deserved.

The penalty incident was the game’s first real chance. Barry McKay bursting into the box and referee James Linington adjudging Alan Browne to have brought down the former Nottingham Forest winger.

McBurnie stepped up, but Rudd dived low to his left to make a fine two-handed save, pushing the ball around the post for a corner.

Graham Potter was forced to change his goalkeeper midway through the opening period, Kristoffer Nordfeldt seemingly pulling his groin, with Erwin Mulder coming on to replace him for his debut for the Swans.

The opening goal came on 33 minutes. A controversial foul was given against Darnell Fisher on the left and from the delivery, the full back himself headed away, only for the home side to recycle the ball with McKay finding former Sunderland man Asoro out on the right. He looked up and crossed to the near post where Fulton rose highest and powered a header past Rudd, who had no chance this time.

And it could have been two just 90 seconds later as again Asoro got in down the right hand side, showed some quick feet with some excellent play to get in on goal against Rudd, but the keeper made another fine save to concede a corner.

North End had the ball in the net six minutes in the second half when a superb cross-field ball by Ben Pearson was collected by Barkhuizen, who raced into the box and fired into the bottom left hand corner from a tight angle, but the officials decided he had controlled the ball with his hand on his way into the box.

The start to the second half by the yellows was breathless, as they moved the ball with pace and moved with equal speed, Barkhuizen again firing just wide of the left hand upright after some fantastic team inter-play.

Josh Harrop was next to test Mulder in the Jacks’ goal, with a shot from the edge of the ‘D’ after he worked himself space following another clever piece of build up play, involving Robinson and Pearson.

Shots were raining in on Mulder’s goal as much as it was flooding into the stadium from the leaden skies and Robinson almost flat-footed the change keeper when his shot from 20 yards came off Swans’ skipper Mike van der Hoorn, the ball flying inches wide for a corner.

It took until 20 minutes of the second half for the home side to get into the North End penalty area and Bersant Celina tested Rudd, but the PNE No.1 was up to the test. And up the other end Lukas Nmecha then collected Robinson’s ball in behind the home defence and fired towards the top corner, only for Mulder to brilliantly tip over the bar.

Graham Burke and Brandon Barker were introduced and the former powered a 20 yard effort on target, but right down the throat of Mulder as the game entered the final quarter of an hour.

McBurnie had a chance to kill the game with ten minutes to go when he burst through one on one against Rudd, but he could only lift the ball over the bar from the edge of the box.

The last ten minutes was all North End. Throwing men and the ball forward, giving it everything, but even with ten men camped in the penalty area for the three minutes of injury time, they could not get the equaliser their second half efforts deserved.

Tickets remain on general sale for PNE's first away game of the season, as we travel to South Wales to face Swansea City at the Liberty Stadium on Saturday afternoon.

This is our first clash with the Swans for eight seasons and this game is all ticket, with over 700 tickets so far sold.

Tickets are available online at MyPNE.Com, by calling 0344 856 1966 or in person from the ticket office and will be on sale until 5pm on Friday 10th August, with no sales on the day.

PNE have been given an allocation of 1,032 tickets in both the upper and lower tier of the North Stand, with the lower tier now on sale.

Coach travel will also be available for this fixture and is priced at £25 per person. Coaches will depart both Deepdale and Leyland at 8.30am. 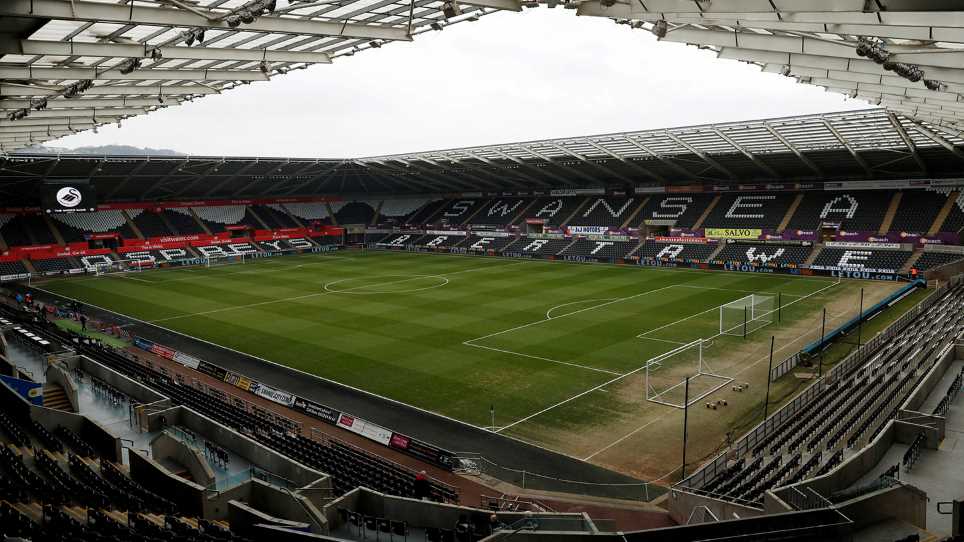