After their first defeat in ten games, the Lilywhites head to Nottingham Forest this weekend looking to start another unbeaten run.

7 December 2018
There will be a head count by manager Alex Neil, who last weekend was without seven senior players and then lost Josh Earl during the game as well to compound matters.
At the City Ground, there is no such problem for Aitor Karanka, who after a summer of investment into the squad, has started the season well, as they look for a return to the top table of English football.
It will be two very different sides to the ones that met at the back end of January, when goals from Billy Bodin – his first for the club – Tom Barkhuizen and a Daniel Johnson penalty gave the Lilywhites a 3-0 win after a convincing performance on the banks of the Trent.
It is almost ten years since we last visited Forest on a Saturday and a large away following is expected to add to what is already set to be a big crowd, so check out details below of how you can be part of the atmosphere.
Ticket Information
It looks like another big following this weekend, as we finally face Nottingham Forest on a Saturday afternoon!
Click here for more information
Or click here to buy a ticket for the game
Ref Watch
For the first time since February, North End will have Steve Martin as the match official for a game when we travel to the City Ground to face Aitor Karanka’s Nottingham Forest this coming weekend…
Click here for details of the match officials
Memorable Match
Our look back to a previous encounter with our opponents sees North End relying upon a Polish striker to give them their first away win of the season, 15 years ago…
Click here for a look back to the game
Opposition View
Nottingham Forest manager Aitor Karanka is taking very little from the Lilywhites' last performance as he prepares to face Preston North End at the City Ground on Saturday…
Click here for his thoughts on the game
Team News
In recent weeks it has been easier to list who isn’t injured than who is and Preston North End manager Alex Neil will be looking for a let up in the recent problems when his side travel to Nottingham Forest this weekend…
Click here for the latest team news
Match Coverage
If you can’t make the trip to the City Ground this weekend, don’t worry, we have you covered with every minute of action available through our media channels…
Click here for details of how to follow the match
Alex Neil’s Thoughts
Preston North End manager Alex Neil is well aware of one of Nottingham Forest’s major threats, top scorer Lewis Grabban, who played for him at Norwich City…
Click here to watch the manager’s pre-match interview
Ben Davies Preview
Preston North End defender Ben Davies is glad to get over his recent injury niggle and is looking for the side to bounce straight back from their first defeat in ten games last weekend…
Click here to hear from the defender ahead of the clash with the Reds

Louis Moult’s second half goal gave the Lilywhites all three points at the City Ground.

The No.9 fired home from close range from substitute Lukas Nmecha’s driven ball across the goalline 11 minutes into the second half in a superb away display from the Lilywhites.
Manager Alex Neil made four changes to the side that had lined-up up against Birmingham City the previous week, with skipper Tom Clarke, Ben Davies and Daniel Johnson all back from injury, whilst Andrew Hughes came in for the injured Josh Earl, who he had replaced at half-time at St Andrews.
And it was the visitors who had much the better of the first half chances. Sixteen minutes in a long throw from Tom Barkhuizen was flicked on by Paul Huntington and an out-stretched leg from masked-skipper Clarke almost poked the ball past giant Forest goalkeeper Costel Pantilimon.
In retort, the hosts went straight up the other end as the side in Red worked the ball well, with Joe Lolley’s poked effort well-saved by Declan Rudd with his legs to concede a corner.
But the best chance came at the half-way point of the opening period as Barkhuizen burst through, running onto a mistake by Jack Robinson, who slipped, the No.29 bearing down on goal and firing goalwards only for Pantilimon to save and Tendayi Darikwa to cleared the ricocheting ball off the line.
North End suffered yet another injury blow when Brandon Barker was forced off with what looked like a hamstring injury after 25 minutes, but the man who replaced him –Nmecha – had a huge shout for a penalty was he was dragged to the ground in the right-hand corner of the box by Claudio Yacob – replays showing it looked a clear spot kick.
The Lilywhites started the second half brightly as well, with Gallagher’s left-wing free falling at the back post to Huntington, who drove a shot blocked by Michael Hefele. Moments later though another controversial moment as Pantilimon put his hands on a back pass on the goalline just three yards to the left of his goal. It should have been a PNE free kick, but referee Steve Martin let play go on.

And the opening goal came for North End 11 minutes into the second half. Paul Gallagher’s corner from the right-hand side was in to Nmecha at the front post, who held the ball, turned and drove it across the goalline for Moult to slide in and poke the ball home from close range.

Ryan Ledson, on for Moult, forced Pantilimon to push the ball around the post from 25 yards as the game entered the final 15 minutes, but on the break Declan Rudd denied another substitute Daryl Murphy, tipping the ball superbly over the bar at full stretch from Darikwa’s right-wing cross, it was a truly exceptional stop from the North End No.1.
In the closing stages the game management from North End was superb, as they held out against a desperate Forest attempt to get something from the game and with the final whistle came jubilant celebrations from the away end.
Nottingham Forest line-up: Pantilimon, Colback (Murphy, 77), Grabban, Carvalho, Osborn (c), Cash (Dias, 64), Robinson, Lolley, Yacob, Darikwa, Hefele. Subs not used: Steele, Guedioura, Janko, Ansarifard, Appiah.
PNE line-up: Rudd, Clarke (c), Hughes, Browne, Huntington, Davies, Barkhuizen, Gallagher, Moult (Ledson, 73), Johnson (Burke, 90), Barker (Nmecha, 25). Subs not used: Maxwell, Fisher, Storey, Woods.
Attendance: 27,777 (1,402 PNE fans)
Referee: Mr S Martin

It looks like another big following this weekend, as we finally face Nottingham Forest on a Saturday afternoon! 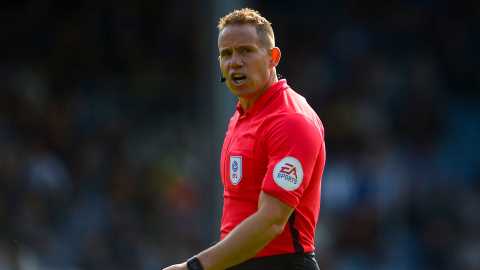 6 December 2018
This is our first trip to the City Ground on a Saturday afternoon since just before Christmas 2009, when former North End skipper Paul McKenna scored for our hosts with a 25-yard stunner!
Therefore, supporters are looking forward to visiting the city again, with over 1,000 tickets already sold, from our initial allocation of 1,500 tickets in the Bridgford Lower Stand at the City Ground. 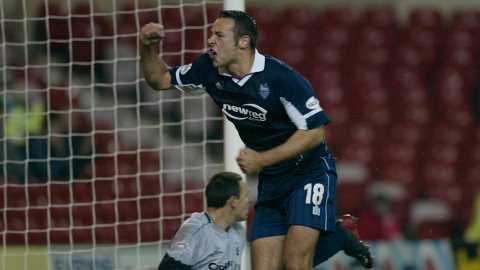 6 December 2018
There are 11 pairs of wheelchair and carer tickets located at pitch level, which are charged as per the relevant age band with the carer provided complimentary if required.
Ambulant disabled and carer tickets are taken from the main allocation and are priced as per the relevant age band with the carer provided complimentary where required.
Coach travel is available as usual, with coaches leaving Deepdale and Leyland at 10.30am. Travel is priced at £15 per person and can be purchased online, over the phone or in person from the ticket office.
Tickets will be on sale in advance at Deepdale, in person and over the phone on 0344 856 1966, until 4pm on Friday 7th December, and online via MyPNE.Com until 1pm on the same day.
Nottingham Forest have also now confirmed that they will be selling on Saturday to PNE supporters from the away ticket office which is located at the back of the Brian Clough Stand.
It is cash only and there is a £2 price increase on adults and seniors. Any supporters collecting pre-paid tickets can do so from the away ticket office.