North End will use the feeling of injustice in their pre-Christmas defeat at Sheffield Wednesday to provide them with an extra motivating factor going into the second half of the season against Hull City at Deepdale on Boxing Day.

24 December 2018
The Lilywhites narrowly lost only their second game in 13 matches last Saturday, having played over an hour with ten men at Hillsborough, and will want to bounce straight back from that.
However, with an injury crisis for manager Alex Neil, it will be a tough task against a Tigers side who have been in good form of late, including a 3-2 home win over Swansea City on Saturday evening to move them up the table going into Christmas.
The clash between the two sides earlier in the campaign saw Louis Moult strike late on to snatch a point for PNE, after the home side had taken the lead from the penalty spot, but it was the visitors who almost snatched the victory right at the end, Paul Gallagher going close from distance.
Ticket Information
It’s a 3pm kick-off for our Boxing Day game, as we take on Nigel Adkins’ Hull City in the SkyBet Championship at Deepdale on Wednesday…
Click here for more information
Or click here to buy a ticket for the game
Ref Watch
For the third time this season Scott Duncan takes charge of the Lilywhites for our Boxing Day clash with Nigel Adkins’ Hull City…
Click here for details of the officials
Memorable Match
Back in November 2005, in a season where the Lilywhites only lost six games all season, supporters had a long wait for the first home win…
Click here for a look back to the game
The One And Only Issue 14
Don’t be surprised if you are sat at a sporting venue alongside Paul Huntington when he has hung up his boots – he has big plans to travel to major events…
Click here for details of this Wednesday’s matchday programme and more from Hunts
Opposition View
Hull City manager Nigel Adkins has confirmed his players will not be training on Christmas Day ahead of their Boxing Day clash at Deepdale…
Click here to see what he has to say ahead of his side’s visit to PR1
Team News
Manager Alex Neil has a real injury crisis in terms of attacking options for the Boxing Day clash with Hull City at Deepdale…
Click here for the latest team news
Match Coverage
Whether you’re overseas and watching on iFollow or in the UK and listening to the game on our coverage, you’ll hear the tones of former PNE skipper Paul McKenna this Boxing Day…
Click here for details of how to follow the match
Alex Neil’s Preview
Preston North End manager Alex Neil says that the festive fixtures are all about results and is not concerned with performances if his side can earn the three points…
Click here to watch the manager’s pre-match interview
Declan Rudd Interview
After defeat at the weekend, goalkeeper Declan Rudd feels he and his team-mates have a point to prove when Hull City come to Deepdale on Boxing Day…
Click here to hear from the goalkeeper ahead of the clash with the Tigers

Alan Browne’s eighth goal of the season was not enough for North End, as a Jackson Irvine brace gave Hull City the points at Deepdale.

The Australian midfielder gave his side a first half lead, but Browne struck with a superb 25 yards drive just after half-time, until the Hull man won it with a close range header.
Manager Alex Neil was without the suspended Ben Pearson and the injured Louis Moult, but skipper Tom Clarke returned, with Browne and Graham Burke also coming in to the starting XI, whilst Connor Simpson was recalled from his loan at Hyde United on Christmas Day and took his place on the bench.
And despite the numbers problems, the Lilywhites started brightly. On eight minutes Tom Barkhuizen was freed by Andrew Hughes on the left; he checked back onto his right foot and delivered for Lukas Nmecha at the front post, but the Manchester City loanee headed just wide of the left-hand post.
Mid-way through the half, after a sustained period of pressure on the Tigers’ box, the ball came out to Paul Gallagher 25 yards out, whose volley was tipped wide by David Marshall, via the outside of the left-hand post.
But just before the half hour mark City broke down the left and Stephen Kingsley delivered to an unmarked Irvine on the edge of the six-yard box, who headed into the top right-hand corner to put the visitors in front.
There was yet another PNE injury blow, with Ben Davies replaced by Jordan Storey with ten minutes to go in the half, but within seconds came a chance to equalise, as Hughes played the ball into Burke, who chested down into the path of Browne, the Irishman taking it on to 22 yards out and shooting, but Marshall saved well.
Just before the interval Declan Rudd made an excellent save from a Jordy De Wijs header after a cross from Kamil Grosicki from the left.
At the break Ryan Ledson came on, with Burke replaced and the start to the second half was just what the doctor ordered for the home side, as they were level within 90 seconds.

Daniel Johnson had the ball on the left touchline before driving in and finding Alan Browne who had dropped off into space 25 yards out. The No.8 got the ball out of his feet and curled a beautiful shot past Marshall and into the top right-hand corner of the Alan Kelly Town End goal for his eighth of the season – all at Deepdale.

With only five minutes on the second half clock it could have been 2-1. Gallagher had been moved out to the left-hand side with the half-time switch and he got his head on the end of a long ball, flicked on by Nmecha, which beat Marshall, but flashed inches past the right hand upright.
Barkhuizen was the next to force Marshall into a fine save, as a switch to 4-1-4-1 was opening up Hull. His right-footed shot from the edge of the box, pushed around the post and skipper Clarke’s header from Gallagher’s corner just inches wide of the left-hand upright.
Nmecha almost opened his PNE account in stunning style as a cross from the right-hand byline by Clarke was met by a superb acrobatic overhead kick from the young forward, but Marshall did well to hold the well-struck attempt.
The visitors were a threat on the counter and Rudd needed to make a smart low save to his left to push away former PNE loan-man Todd Kane’s shot from Grosicki’s left wing cross with just under 20 minutes left.
And it was Hull who got the game’s third goal. A corner from the left was kept out by Declan Rudd, but Irvine was again on hand to head home at the back post from close range, the Hawkeye goalline technology showing the ball had crossed the line with ten minutes remaining.
Storey headed against the post, via a deflection in the second of four added minutes, another corner following from Gallagher on the right, but North End could not force the equaliser.
PNE line-up: Rudd, Clarke (c) (Fisher, 83), Hughes, Browne, Huntington, Davies (Storey, 35), Burke (Ledson, 46), Gallagher, Nmecha, Johnson, Barkhuizen. Subs not used: Crowe, Woods, Simpson, Walker.
Hull City: Marshall, De Wijs, Stewart, Grosicki (Burke, 90), Irvine, Kane, Bowen (Lichaj, 90), Henriksen (c), Kingsley, Campbell (Martin, 85), Elphick. Subs not used: Long,  Dicko, Batty, McKenzie.
Attendance: 14,026 (684 Hull City fans)
Referee: Mr S Duncan

It’s a 3pm kick-off for our Boxing Day game, as we take on Nigel Adkins’ Hull City in the SkyBet Championship at Deepdale on Wednesday. 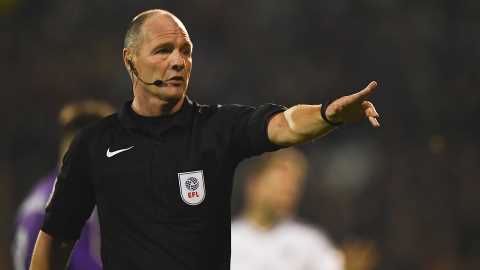 24 December 2018
Normal matchday prices apply for this game and you can click here for a full run down of the prices and concession categories on offer for league games at Deepdale.
Tickets are now on general sale from the ticket office at Deepdale, either to be loaded to your member card or via a paper ticket. For more information on member cards and their usage, click here.
For those turning up and buying on the day, purchases can be made in person at both the Sir Tom Finney ticket office and also use the Invincibles Pavilion ticket office, which can be used to buy tickets for any part of the ground, not just the Pavilion. The Sir Tom Finney ticket office is open from 9am on a matchday and the Invincibles Pavilion ticket office is open from 1pm.

Tickets can be purchased at Deepdale from 9am until 1pm on Christmas Eve and from 9am until kick-off on the day of the game, both in person and over the ticket hotline – 0344 856 1966. 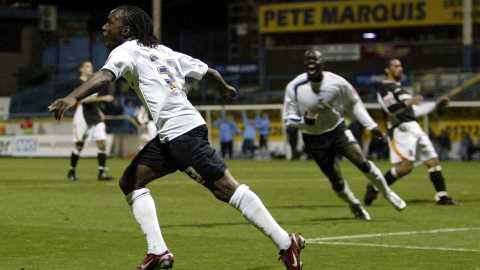 24 December 2018
Tickets can be purchased online at MyPNE.Com 24/7 right up until three hours before kick-off, with collections available from the Sir Tom Finney Stand collections windows, to the left of the ticket office. The online service is now fully responsive on both mobile and tablet.
Or, if you have a member card, you can buy right up until kick-off on MyPNE.Com and load your ticket straight to your card!
Away end tickets are available on the day, with no increase in price, any purchases – using card or cash – and collections can be made from the away ticket office next to the entrance of the Bill Shankly Kop on Lowthorpe Road, open from 1.30pm.
For home fans travelling to the game the Leyland shuttle bus will be in operation for the game, stopping at the usual points; pick up times as usual.