Alex Neil’s Lilywhites bounced straight back from their first defeat in ten games with an excellent 1-0 triumph at Nottingham Forest last Saturday and will look to build on that against the Lions.
The South London side picked up a point from a tough clash with Hull City at the New Den and will come to Deepdale in confident mood after some good recent displays.
The last two games between the sides have ended goalless draws, so it could be another tight affair in PR1 on Saturday, with that little bit of quality like to prove the difference on the day for whoever can conjure it.
Ticket Information
It’s a 3pm kick-off for our final game before Christmas, as we take on Neil Harris’ Millwall in the SkyBet Championship at Deepdale this Saturday…
Click here for more information
Or click here to buy a ticket for the game
Ref Watch
This Saturday we have a brand new referee at Deepdale, taking charge of a Lilywhites fixture for the first time…
Click here for details of the officials
Memorable Match
North End’s last home win over the Lions came in January 2006, when Billy Davies’ Lilywhites were in the middle of a long unbeaten run…
Click here for a look back to the game
The One And Only Issue 11
When speaking to The One And Only’s programme editor Dany Robson, Ben Pearson admitted he probably does play too much on his computer games – but uses it as a way to relax from the pressures of football life…
Click here for details of this Saturday’s matchday programme and more from Ben
Opposition View
Millwall manager Neil Harris is looking forward to heading to Lancashire for this weekend's clash between his Lions and Preston North End at Deepdale…
Click here to see what he has to say ahead of his side’s visit to PR1
Team News
Manager Alex Neil seems to be able to see off one injury only to have another of his side be ruled out of late…
Click here for the latest team news
Match Coverage
Whether you’re overseas and watching on iFollow or in the UK and listening to the game on our coverage, you’ll hear the tones of former PNE skipper Paul McKenna this weekend…
Click here for details of how to follow the match
Alex Neil’s Preview
Preston North End manager Alex Neil sees the weekend’s final home game before Christmas as the start of an important period of games…
Click here to watch the manager’s pre-match interview
Daniel Johnson Interview
Preston North End midfielder Daniel Johnson admits that the initial prognosis of his injury was a ‘scary’ one, but is delighted to be back fully fit and ready to help his team-mates climb the table…
Click here to hear from the midfielder ahead of the clash with the Lions

Browne and Barkhuizen fired home with five minutes of each other just before half-time, both from Paul Gallagher assists, to put PNE ahead, but Jake Cooper halved the deficit with a close range header just after the interval.
Hughes’ deflected free kick extended the advantage for the home side, before Lee Gregory scored a late consolation.
Manager Alex Neil had been forced to make two changes with Brandon Barker out with the hamstring injury suffered in the first half at the City Ground the previous week and match-winner against Forest Louis Moult missing out with a slight niggle, meaning starts for Lukas Nmecha and the returning Ben Pearson.
There was also a place on the bench for 16-year-old Preston-born youth team scholar Ethan Walker, involved for the first time at first team level.
The first half saw North End dominate possession, with the visitors happy to sit with two banks of four behind the ball and time waste from as early as the 12th minute.

But the opening goal came after a lengthy period of possession eight minutes before the interval. The assist came from Gallagher, who collected the ball 35 yards out, worked some rare space in the middle of the pitch before feeding it into the box, it nicking off the heels of Nmecha, nicely into the path of Browne, who drove a right-footed shot into the bottom right hand corner of Jordan Archer’s goal.

And the lead was doubled just five minutes later. Another Gallagher assist as his superb through-ball from his own half sent Barkhuizen racing down the right, into the penalty area, before drawing Archer and arrowing a shot past the Millwall No.1 into the bottom right-hand corner of the goal.
The visitors made a change at half-time, Meredith replaced by Shane Ferguson in a switch to a 3-5-2 by Neil Harris.
North End felt they should have won a penalty just three minutes into the half when Romeo’s handball looked like a clear and obvious spot kick, only for referee John Brooks to give only a corner.
And from that resulting corner a brilliant effort from Gallagher from 25 yards, after a quick corner played back to him by Daniel Johnson, saw Archer tip over the bar out of the top right-hand corner – a super stop.
Declan Rudd was needed to make his first stop of the game ten minutes into the second period, denying the Lions skipper Steve Morison with a smart low stop after a ricocheting ball in the box had fallen to the No.9.
The stopper then kept out Ryan Leonard’s effort as the orange-clad visitors trying to get back in the game and from the resulting corner they got that goal as Cooper headed in at the back post from Ferguson’s delivery.
It was now end to end and Gallagher found Barkhuizen this time on the left, forcing Archer to get down low at his near post to palm the ball behind. From the rebound from the corner Hughes was denied by a block on the line by Cooper.
Paul Huntington was required inside the final 20 minutes to make a superb block to deny Aiden O’Brien a goal, as Millwall had a four on three break, with the Irishman having a great chance to level matters until the timely intervention of the PNE No.23.

But with nine minutes left North End were back two ahead. Barkhuizen had been upended by Cooper on the right-hand edge of the penalty area and via a little deflection Hughes curled his free kick past Archer and into the Town End goal.

Ben Pearson almost capped off a good afternoon’s work for the Lilywhites when Gallagher set him up for a 20-yard pile-driver that came crashing back off the crossbar with Archer nowhere near the vicious effort.
But it was Gregory who added the game’s fifth goal, with a close-range finish after some pressure from the left-hand side by the London side in the final of three added minutes, but this was nothing more than consolation as North End took the points.
PNE line-up: Rudd, Clarke (c), Hughes, Pearson, Huntington, Davies, Barkhuizen, Gallagher, Nmecha, Browne (Burke, 90), Johnson (Ledson, 82). Subs not used: Maxwell, Fisher, Storey, Woods, Walker.
Millwall line-up: Archer, Meredith (Ferguson, 46), Hutchinson, Cooper J Wallace, Gregory, Romeo, Tunnicliffe (Elliott, 82), Morison (c), O’Brien, Leonard. Subs: Amos, McLaughlin, Webster, Karacan, M Wallace.
Attendance: 10,924 (437 Millwall fans)
Referee: Mr J Brooks

It’s a 3pm kick-off for our final home game before Christmas, as we take on Neil Harris’ Millwall in the SkyBet Championship at Deepdale this Saturday. 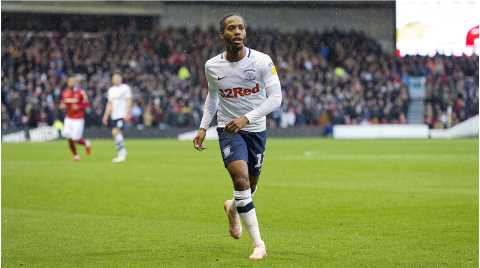 12 December 2018
Normal matchday prices apply for this game and you can click here for a full run down of the prices and concession categories on offer for league games at Deepdale.
Tickets are now on general sale from the ticket office at Deepdale, either to be loaded to your member card or via a paper ticket. For more information on member cards and their usage, click here.
For those turning up and buying on the day, purchases can be made in person at both the Sir Tom Finney ticket office and also use the Invincibles Pavilion ticket office, which can be used to buy tickets for any part of the ground, not just the Pavilion. The Sir Tom Finney ticket office is open from 9am on a matchday and the Invincibles Pavilion ticket office is open from 1pm.

Tickets can be purchased at Deepdale from 9am until 5pm on Wednesday and Thursday, 9am until 6pm on Friday night, from 9am until kick-off on the day of the game, both in person and over the ticket hotline – 0344 856 1966. 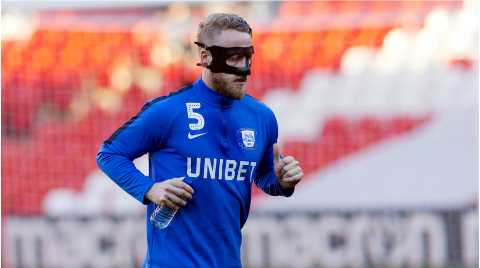 11 December 2018
Tickets can be purchased online at MyPNE.Com 24/7 right up until three hours before kick-off, with collections available from the Sir Tom Finney Stand collections windows, to the left of the ticket office. The online service is now fully responsive on both mobile and tablet.
Or, if you have a member card, you can buy right up until kick-off on MyPNE.Com and load your ticket straight to your card!
Away end tickets are not available on the day, at the request of the visiting club, however, any collections can be made from the away ticket office next to the entrance of the Bill Shankly Kop on Lowthorpe Road, open from 1.30pm.
For home fans travelling to the game the Leyland shuttle bus will be in operation for the game, stopping at the usual points; pick up times as usual.