The Lilywhites face their 23rd and final opponent of the first half of the 2018/19 season on Saturday as they travel across the Pennines to take on Sheffield Wednesday.

20 December 2018
The Hillsborough clash is the teams’ final game before Christmas and will stand as the season’s mid-point and a chance to reflect and look ahead to the second and deciding part of the campaign.
Alex Neil’s side go into the game looking to make it three wins on the bounce, and with just one defeat in their last 12 matches, they will be optimistic, despite the horrific injury list that has ripped through the squad in recent weeks and months, leaving the manager with limited options, particularly in the forward areas.
For the Owls, they will be looking for an early Christmas present, after a difficult couple of weeks, however, with a talented and expensively assembled squad at the disposal of manager Jos Luhukay, PNE know that it will be a very tough test of their form.
Ticket Information
The Lilywhites' final game before Christmas comes as the half-way mark in the season, with Sheffield Wednesday the last of the 23 other teams left to play…
Click here for more information
Or click here to buy a ticket for the game
Ref Watch
We are almost at the end of 2018, but we haven’t seen Saturday’s match official since our opening game of the year…
Click here for details of the match officials
Memorable Match
Back in February 2007 Paul Simpson's Lilywhites headed to Hillsborough looking to maintain a promotion challenge at the top end of the Championship and after a stuttering start came away with three points from a fiercely contested Roses clash to put them back into the automatic promotion places…
Click here for a look back to the game
Team News
Manager Alex Neil is again likely to have to include Academy products to supplement his squad for their trip to Sheffield Wednesday…
Click here for the latest team news
Match Coverage
This weekend’s game at Hillsborough is the ITN fixture and the main game on QUEST on Saturday evening, meaning iFollow subscribers in certain regions will not be able to access the game – check your local TV listings to see if it is being broadcast in your region as an alternative…
Click here for details of how to follow the match
Alex Neil’s Thoughts
Preston North End come to their season mid-point after the weekend’s clash with Sheffield Wednesday and manager Alex Neil has given his assessment of the campaign so far…
Click here to watch the manager’s pre-match interview
Paul Gallagher Preview
Preston North End midfielder Paul Gallagher is fully focused on the busy Christmas period and ready to take on one game at a time…
Click here to hear from the midfielder ahead of the clash with the Owls

Michael Hector scored for Sheffield Wednesday as Ben Pearson was controversially sent off in the first half at Hillsborough.

The North End No.4 caught Marco Mathias with his trailing leg after a clean challenge in the middle of the pitch, but referee David Coote adjudged it worthy of a straight red card.
Hector then scored the only goal, meeting a cross from Josh Onomah just after the hour mark as the Owls took the points in the rain in South Yorkshire.
Manager Alex Neil welcomed back Louis Moult from injury, but lost skipper Tom Clarke through illness, Darnell Fisher taking his place in the starting XI.
And it was the yellow-clad visitors who started the game the brighter, an early second-minute chance for Lukas Nmecha to play in stand-in skipper Paul Gallagher in space in the box, but the on loan went with the shot, straight at Keiren Westwood, returning after a year in the cold for the Owls.

But the game was changed completely in the 26th minutes as match official Coote made the decision to send off Pearson who clearly got the ball in a tackle on Mathias. His left trailing leg catching the winger, but it was impossible not to with his momentum.

With North End down to ten men Lee Bullen’s side had two good chances to take the lead before the interval. Firstly on 34 minutes a superb Declan Rudd save to denied Steven Fletcher from a header- via a deflection off Ben Davies - which was tipped out of the top right corner.
Then three minutes before the break Lucas Joao also got in a header from Reach’s right-wing cross that came back off the left-hand post.
Moments later the North End fans and players were astounded when Gallagher was caught late by Fletcher, exactly the same as Pearson’s earlier tackle, although the Scottish striker didn’t get the ball, PNE’s No.12 caught on his ankle – if Pearson’s was a red card, so was this, but referee Coote did nothing.
To make matters worse, in the opening minutes of the second half Moult left the field with an injury, with Alan Browne on to replace the North End attacker.
Just after the hour mark another fine Rudd save denied Matias, whose drilled low shot was pushed behind from Fletcher’s knock down, but from the resulting corner Spurs loanee Onomah delivered and Hector headed into the bottom right hand corner, with Rudd having no chance on this occasion.
North End had a chance to equalise just two minutes later as Nmecha found Fisher in the right corner of the box and he clipped a cross to Barkhuizen, but the forward could not quite get the ball on target.
A Gallagher corner shortly after was headed on target by Browne, but deflected over by Fletcher as the yellows searched for an equaliser.
Graham Burke and Ryan Ledson came on and the former delivered a right-wing free kick after a foul on Fisher as PNE continued to press in search of a leveller, but despite late pressure and even Declan Rudd joining the attack for a corner, they couldn't force the goal.
Sheffield Wednesday line-up: Westwood, Palmer, Fox, Onomah (Hutchinson, 81), Pelupessy, Fletcher (Nuhui, 80), Lees (c), Joao, Matias, Reach, Hector. Subs not used: Dawson, Thorniley, Boyd, Baker, Pudil.
PNE line-up: Rudd, Fisher, Hughes, Pearson, Huntington, Davies, Nmecha (Ledson, 74), Gallagher (c) (Burke, 79), Moult (Browne, 48), Johnson, Barkhuizen. Subs not used: Maxwell, Storey, Woods, Walker.
Attendance: 22,366 (589 PNE fans)
Referee: Mr D Coote

The Lilywhites' final game before Christmas comes as the half-way mark in the season, with Sheffield Wednesday the last of the 23 other teams left to play.

19 December 2018
Tickets remain on general sale for the game, at Hillsborough, and they are available at www.mypne.com, by calling 0344 856 1966 or in person from the ticket office. They will be sold online until 1pm on Friday 21st December and at Deepdale and over the phone until 4pm that same day.
We have received an allocation of 1,684 tickets which are situated in the West Stand upper behind the goal, with prices as follows: Adults £33, 65s and over and U21s £23, U17s £15, U11s £10 and U5s £5.
We have been allocated nine pairs of tickets for supporters in wheelchairs, prices are as above with a carer ticket free of charge where required.
Ambulant disabled supporter tickets are taken from the standard allocation and are priced as above with a carer ticket free of charge if required.
For ambulant disabled supporters, Sheffield Wednesday recommend seats from row four onwards towards the front of the upper tier. Should any supporter have difficulty with steps, they are advised to report to a steward on matchday who will give them access to gate six where there are fewer steps. 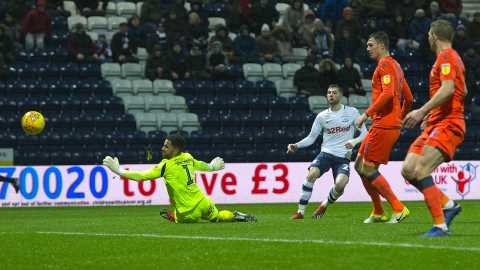 18 December 2018
Coach travel is also available for this game and is priced at £15 per person. Coaches will depart both Deepdale and Leyland at 11am.
The Owls have also now confirmed that tickets will be available on the day - cash only - at the away end turnstiles, however, U5s tickets will not be available on the day.
Any duplicates or pre-paid tickets can be collected from gate six, which is situated next to the away turnstiles.
Fans thinking of travelling by train are advised to check schedules, as strikes are affecting trains in and out of both Manchester and Sheffield and this could leave you without return trains in the evening. 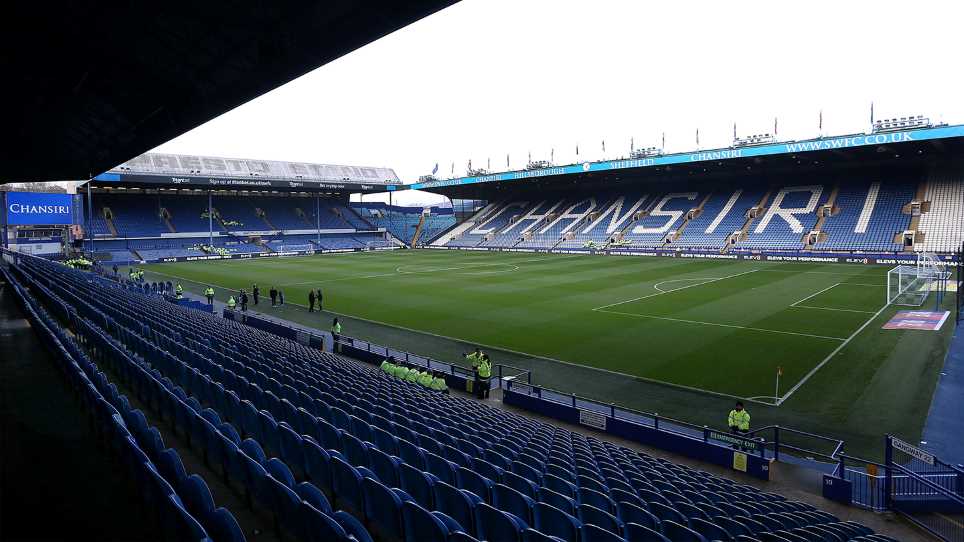 
Ticket details for the trip to Hillsborough later this month have now been confirmed.