The Lilywhites begin their 2019 Emirates FA Cup campaign by hosting League One promotion chasers Doncaster Rovers in the third round at Deepdale this Sunday.

4 January 2019
The game kicks-off at 2pm on 6th January, being covered by TV internationally, including in the United States, Scandinavia and across other parts of the world.
Grant McCann’s Donny arrive in fine form, for only the second clash between the two sides in the FA Cup, the last coming in 1997, when Sean Gregan was amongst the scorers as PNE came out on top in a five-goal thriller at Deepdale.
Manager Alex Neil will be hoping to have some members of his squad back available after an injury crisis beset the festive fixtures, but his three new recruits – Josh Ginnelly, Jayden Stockley and Brad Potts – are all cup tied for the game and must wait for the Swansea City home game for their first chance at involvement.
Ticket Information
Tickets remain on general sale for Sunday’s Emirates FA Cup third round tie with Doncaster Rovers at Deepdale and a second hospitality lounge has been opened…
Click here for more information
Or click here to buy a ticket for the game
Ref Watch
The match referee for this Sunday’s Emirates FA Cup third round tie with Doncaster Rovers is Andy Davies, making his second trip to Deepdale this season…
Click here for details of the officials
Memorable Match
Today is rare, we don’t pick many games where North End aren’t the winners in our memorable matches, but we go back to 1995 and a goal from a rather famous face in a 2-2 draw…
Click here for a look back to the game
The One And Only Issue 16
Sean Maguire admits he is sick of hamstring injuries and wants to make them a thing of the past…
Click here for details of this Sunday’s matchday programme and more from Sean
Opposition View
Doncaster Rovers manager Grant McCann is treating Sunday’s Emirates FA Cup third round tie at Deepdale as a benchmark for his League One promotion chasers…
Click here to see what he has to say ahead of his side’s visit to PR1
Team News
Ben Pearson will serve the final game of his four-match ban for the red card he received at Sheffield Wednesday, just prior to Christmas, when the Lilywhites entertain Doncaster Rovers in the Emirates FA Cup Third Round this Sunday afternoon…
Click here for the latest team news
Match Coverage
We begin our Emirates FA Cup campaign at Deepdale against League One promotion chasers Doncaster Rovers this Sunday and if you can’t get to Deepdale we will have you covered on iFollow PNE…
Click here for details of how to follow the match
Alex Neil’s Preview
Preston North End manager Alex Neil is expecting a tough test when his side line up against Doncaster Rovers at Deepdale this Sunday…
Click here to watch the manager’s pre-match interview
Lukas Nmecha Interview
The Emirates FA Cup will provide another new experience for Preston North End’s on loan Manchester City forward Lukas Nmecha this weekend…
Click here to hear from the striker ahead of the clash with Rovers

Preston North End went out of the Emirates FA Cup at Deepdale despite Andrew Hughes’ third goal of the season.

John Marquis opened the scoring in the first half, but Hughes equalised with a header from a Paul Gallagher corner, however, second half goals from Tom Anderson and Mallik Wilks put Rovers through.
The visitors took the lead after only five minutes as Wilks got some space on the right-hand side and delivered a cross to the back post to where Marquis headed home his 19th goal of the season from close range past debutant Michael Crowe.
The Lilywhites dominated possession and they went close to equalising on ten minutes when a Hughes half-volley was pushed out by Ian Lawlor in the Rovers goal, after Gallagher’s free kick from the left had caused a bit of head tennis.
Grant McCann’s side were still a threat in their rare forays into the PNE box and from a corner Graham Burke was needed to clear off the line.
But it was at the other end that the clearest of the chances came. Six minutes before the break, Lawlor again was needed, this time palming over from his own man, Benjamin Whiteman’s miss-hit clearance from Hughes’ left-wing cross flying towards goal until the custodian’s intervention.
Right on half-time, Hughes again went close, this time hitting the post from 30 yards out in a left-hand channel after a quick one-two with Burke; the effort driven across goal, beating Lawlor this time, but coming back off the right-hand upright.
Half-time brought a change by Alex Neil, with Alan Browne returning from injury, replacing Burke in the No.10 position behind Nmecha.
But it was Wilks who had a great chance to double Donny’s lead under two minutes into the second period when he latched onto a short back pass, rounded Crowe, but could only find the side-netting with the empty net waiting.
The Lilywhites were level though on 56 minutes. Daniel Johnson won a corner in front of the Alan Kelly Town End, Gallagher delivered an inswinger to the back post and Hughes rose highest to powerfully head home for his third of the season.
Gallagher then found an over-lapping Darnell Fisher, whose blocked header came out to Daniel Johnson, his shot saved by the back leg of Lawlor. Brandon Barker had just been introduced, also returning from injury and replacing Ryan Ledson and from this same phase of play Barkhuizen won a free kick in a central position, with Gallagher’s effort coming off the top of the wall.
Barker’s introduction allowed Gallagher to move into the middle of the park, alongside Johnson, with Barker out wide on the left and the two combined to see the latter drive with pace into the box and win another corner at half’s mid-point.
However, Doncaster were back in front with 18 minutes to go, Anderson scrambling home from close range after a free kick from the right bounced around in the penalty area before falling to the No.12 at the back post to slice into the net.
Browne was inches away from levelling the tie for a second time with ten minutes to go, meeting Hughes’ well-weighted cross from the left, but it flew inches wide with Lawlor again beaten.
Sean Maguire had returned to the pitch for Nmecha just after Donny’s second and with he, Barkhuizen, Browne and Barker, there was plenty of pace in the PNE front line, all looking for that equaliser.
But it was the League One side who booked their place in the fourth round with three minutes to go when a mix up at the back allowed Wilks to run through and slot into an empty net.
PNE line-up: Crowe, Fisher, Hughes, Ledson (Barker, 60), Storey, Huntington, Barkhuizen, Johnson, Nmecha (Maguire, 73), Burke (Browne, 46), Gallagher (c). Subs not used: Rudd, Earl, Clarke, Woods.
Doncaster Rovers line-up: Lawlor, Andrew, Butler (c), Wilks, Whiteman, Marquis, Crawford (Rowe, 85), Anderson, Kane, Blair, May (Coppinger, 64). Subs not used: Marosi, Sadlier, Horten, Greaves, Lewis.
Attendance: 8,101 (1,308 Doncaster Rovers fans)
Referee: Mr A Davies

Tickets remain on general sale for Sunday’s Emirates FA Cup third round tie with Doncaster Rovers at Deepdale and a second hospitality lounge has been opened. 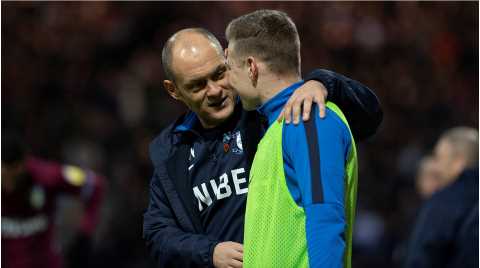 4 January 2019
The game, at Deepdale, sees the Lilywhites take on Grant McCann’s promotion-chasing League One side, coming up against Rovers for the first time in almost four years and the tickets are now on general sale.
They are priced as follows: Adults £10, concessions £5 and U11s will be £1 when accompanied by an over 18.
Concessions are senior citizens (age 65 and over), young adults (age 19 to 21), full-time students and apprentices (age 22 to 24) and juniors (age 11 to 18).
All disabled supporters will pay the relevant age band with a complimentary carer ticket if required.

Season card holders’ seats have now been released, however, if they wish to purchase their own seat and it is still available, they can load onto their card season card. If they wish to or need to purchase a different seat then a paper ticket will be issued. 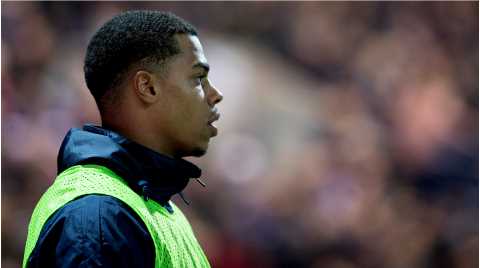 4 January 2019
Member card holders can buy a seat and have it loaded straight to their card. Any supporters buying online should select ‘access card’ to load the game to their season or member card. Season card holders not purchasing their own seat will need to select ‘paper ticket’.
Tickets can be purchased in person at the ticket office, but the easiest way is to have them loaded onto your card by calling 0344 856 1966 or by going online to www.mypne.com, online sales of paper tickets will end at 12 noon on Sunday.
Fans are reminded to buy as early as possible for this fixture, as there is likely to be a big walk up and this could cause queues on the afternoon.

The easiest way to avoid the queues is to be a season/member card holder and book online or over the phone (0344 856 1966 – open during ticket office opening hours) and load the fixture to your card, this can be done right up until kick-off.