North End’s 2019 efforts begin with a Roses clash, as we head across the Pennines to South Yorkshire to face Paul Warne’s Rotherham United at the New York Stadium on New Year’s Day afternoon.

31 December 2018
The Lilywhites ended 2018 with an excellent performance against Aston Villa at the weekend, which included a first goal for Lukas Nmecha and debuts for youth team prospects Adam O’Reilly and Ethan Walker.
The Millers had a tough ending to the year, losing narrowly to Bristol City and ending the game with nine-men, former North End stalwart Billy Jones one of those to see red, meaning he will miss the clash with his former team.
The two sides met back in October and fought out a draw, sharing two goals, in a really tough encounter and exactly the same will be expected as the team’s go toe to toe again.
Ticket Information
Tickets remain on sale for the Lilywhites’ opening game of 2019, as they take on Rotherham United at the New York Stadium in a 3pm kick-off…
Click here for more information
Ref Watch
Premier League official Lee Probert takes charge of the Lilywhites’ local 2019 opening day clash against Rotherham United at the New York Stadium…
Click here for details of the match officials
Memorable Match
North End were in the home run on their way to the Play-Off Final at the Millennium Stadium when they headed to Millmoor to face Rotherham United over Easter 2005…
Click here for a look back to the game
Team News
North End’s ever-growing injury list can now field a team of its own, with 11 senior players ruled out for the New Year’s Day clash with Rotherham United at the New York Stadium…
Click here for the latest team news
Match Coverage
If you can’t make the trip to the New York Stadium on New Year’s Day, don’t worry, we have you covered with every minute of action available through our media channels…
Click here for details of how to follow the match
Alex Neil’s Thoughts
Preston North End manager Alex Neil is expecting one of the tougher fixtures when he takes on former team-mate Paul Warne and his Rotherham United side at the New York Stadium to start 2019…
Click here to watch the manager’s pre-match interview
Ryan Ledson’s Preview
Preston North End midfielder Ryan Ledson is ready and raring to go again after a man of the match display against Aston Villa at the weekend…
Click here to hear from the midfielder ahead of the clash with the Millers

Lukas Nmecha’s second goal in as many games wasn’t enough for the Lilywhites as goals from Will Vaulks and Michael Smith gave Rotherham United the win at the New York Stadium.

Vaulks scored the opener via a free kick in first half injury-time, before Smith doubled the lead in the final quarter of an hour.
Nmecha slotted home straight after Smith’s goal, but PNE were left frustrated with referee Lee Probert at the centre of attention after failing to send off three players who retrospective action may well punish.
Manager Alex Neil had no additional bodies available, leaving him with an unchanged 18 from the side that performed so well the previous Saturday against Aston Villa.
And they started by dominating the first half an hour of the game and should have, in reality, been out of sight and up against a side down to nine men.
Chances flowed continuously in the opening minutes, with the Lilywhites opening up the Millers as will.
On five minutes Nmecha forced save from Marek Rodak from a tight angle on the right after an excellent ball lover the top by Paul Gallagher.
Shortly after Tom Barkhuizen clean through and brought down by Matt Palmer in the ‘D’ – only a yellow card – but he was the last man it appeared a clear red card, but referee Probert did not see it that way – not the only decision that could be retrospectively questioned.
From the resulting free kick Gallagher beat the wall and Rodak saved with his legs, with Graham Burke’s follow up blocked.
Nmecha then got away down the right and sent Barkhuizen clean through, Johnson and Burke were supporting to his left, but he went for the shot, but dragged it wide of the left-hand post.
However, within seconds the No.29 was away again, clean through, sent away by Nmecha again, he slid the ball left to Burke, but Rodak again saved at his feet.
All this came before the opening period’s half-way point and on 21 minutes Barkhuizen collected Ryan Ledson’s ball from his own half, shifted it left to Burke, who controlled and shot across Rodak but wide of the right-hand post by a matter of inches.
Ben Wiles had Rotherham’s first attempt of the match, from 25 yards out, a left-footed half volley that Rudd tipped over after a long Vaulks throw from the right on 24 minutes.
But PNE had another great chance as Gallagher freed Daniel Johnson down the right, who drove into the box, but there was too much on his pull back and Ledson’s follow up shot was deflected for the first PNE corner of the game, that Huntington headed a yard wide of the right-hand post.
Four minutes before half-time Semi Ajayi should have been sent off, a clear elbow on Rudd from a corner from the left, clearly a red card, totally missed by the assistants.
But in the first of two added minutes the home side went ahead. A Vaulks with a free kick from 25 yards flew past the wall and into the net, via a deflection, after foul by skipper Tom Clarke on Ryan Williams in a centre-left channel.
The home side man two changes at the break, Joe Newell and Anthony Forde on for Palmer and Jon Taylor as they looked to get a grip on the game, despite being ahead.
Another shout for a red card against a Millers man came before the hour mark, when from a corner the home captain Richard Wood poleaxed opposite number Clarke, but neither the referee or assistant seemed to see anything wrong, despite the PNE No.5 being bloodied by the incident!
North End thought they had a goal with 15 minutes left when Gallagher’s left-wing free kick was met by Nmecha with a header that beat Rodak, but was cleared off the line. The referee checked his watch, but Hawkeye showed it wasn’t over.
But it was 2-0 with 14 minutes left. Substitute Joe Newell broke down the left-hand side and crossed into the six-yard box and Michael Smith headed down and into the goal from three yards out.
Within two minutes the Lilywhites were back in it though, as Clarke picked up the ball from Ledson on the right and crossed deep to the back post where Nmecha brought it down and fired home from close range for his second goal in as many games.
A mad scramble in the box brought a PNE corner with six minutes left and then Barkhuizen’s header was blocked by Wood as the Lilywhites pressed hard in search of the equaliser. The Millers couldn’t get the ball away, it came coming back. Nmecha’s driven cross almost put into his own net by Newell, only for Semi Ajayi to clear off the line.
Somehow referee Probert only found four minutes of added time, another odd call from the match official and despite a late free kick being thrown into the box the home side held on for the points.
Rotherham United line-up: Rodak, Mattock, Vaulks, Ajayi, Wood (c), Palmer (Forde, 46), Taylor (Newell, 46), Williams, Smith, Wiles, Raggatt. Subs not used: Price, Yates, Hinds, Southern-Cooper.
PNE line-up: Rudd, Clarke (c), Hughes (Woods, 67), Ledson, Storey, Huntington, Barkhuizen, Johnson, Nmecha, Burke, Gallagher. Subs not used: Crowe, Fisher, Woods, Simpson, Baxter, O’Reilly, Walker.
Attendance: 9,077 (1,141 PNE fans)
Referee: Mr L Probert

Tickets remain on sale for the Lilywhites’ opening game of 2019, as they take on Rotherham United at the New York Stadium in a 3pm kick-off. 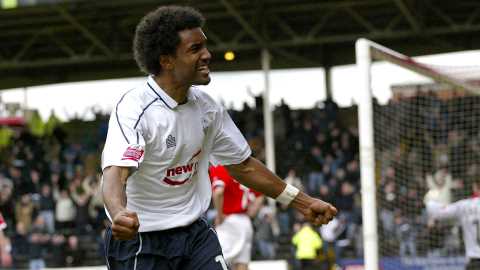 31 December 2018
The clash with Paul Warne's side sees the club received an allocation of 2,569 tickets, situated in the South Stand and South East and West Corners.
Prices are as follows: Adults £23, senior citizens (60 and over), 18 to 21-year-olds and HM Armed Forces personnel £13, 13 to 17-year-olds £8 and U13s £6.
We have been allocated ten pairs of tickets for those supporters in a wheelchair and unable to transfer to a stand seat.  Prices are £13 or the relevant age band with the carer ticket free of charge.

Ambulant supporter tickets are to be taken from the standard allocation.  Prices are £13 or the relevant age band with the carer ticket free of charge.


Coaches will depart from both Deepdale and Leyland at 11am, with travel tickets prices £15 each.

31 December 2018
Tickets remain on general sale from the Sir Tom Finney Stand ticket office, over the phone on 0344 856 1966 or online at www.mypne.com. The ticket office is open from 9am on New Year’s Eve, with tickets available until 12 noon both in person, over the phone and online.
The Millers have also confirmed they will be selling on the day for our supporters. Tickets will be available from the away ticket office from 1.30pm where it is cash only.
Prices will increase on the day by £2 for adults and concessions and £1 for both of the child’s prices. Any supporters collecting tickets can also collect from the away ticket office. 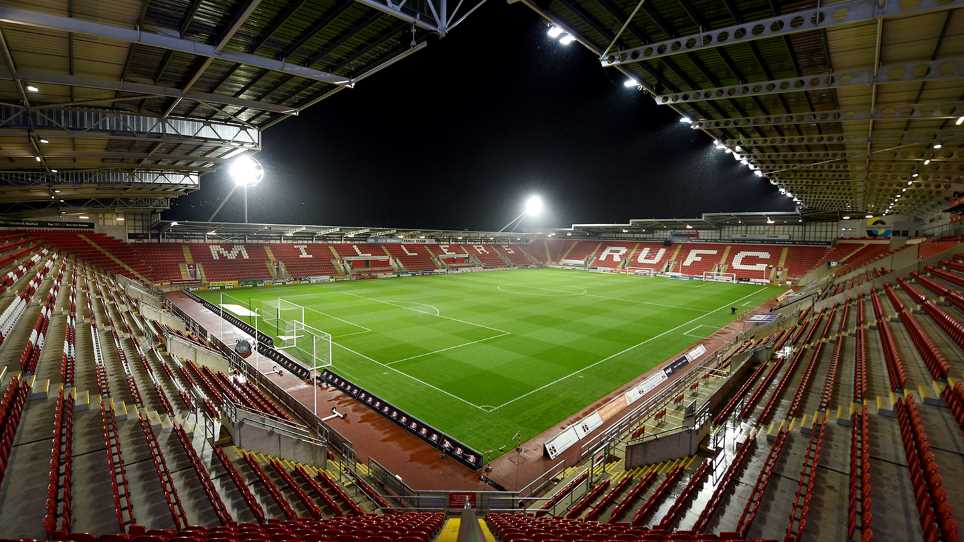 
Tickets for Preston North End's first game of 2019 have been confirmed, for our trip to face Rotherham United on Tuesday 1st January.