It’s almost two years since the 100th Lancashire derby between these two sides took place at Deepdale, when North End ran out 3-2 winners thanks to Callum Robinson’s late strike.

Since then Saturday’s visitors have been down and back up again and started the new Championship season brightly, so the 102nd competitive clash between the teams will be one with two in form sides looking to continue their respective good runs.
Rovers have been resolute and hard to beat so far this season, illustrated by the fact they have only lost three of their 17 league games played up until the latest international break and they are still on the cusp of the Play-Off places.
Nearly half their games (eight) have ended all-square, illustrating how tight they have been – indicative of the division as a whole and we can expect another cagey affair for this derby game, in front of what should be a 20,000-plus crowd at Deepdale.
Ticket Information
It’s a 3pm kick-off for our third derby game of the 2018/19 season, as we take on Tony Mowbray’s Blackburn Rovers in the SkyBet Championship at Deepdale this Saturday…
Click here for more information
Or click here to buy a ticket for the game
Ref Watch
One of the Championship’s most experienced match officials, Andy Madley, is in charge of the Lilywhites’ derby clash with Blackburn Rovers this weekend…
Click here for details of the officials
Memorable Match
Back in December 2016 Callum Robinson won the 100th derby between Preston North End and Blackburn Rovers with a late goal in a pulsating clash at Deepdale…
Click here for a look back to the game
The One And Only Issue 11
Richard Smallwood and Paul Gallagher might form their own special goalkeepers’ union ahead of today’s derby showdown…
Click here for details of this Saturday’s matchday programme and more from Paul
Opposition View
Blackburn Rovers manager Tony Mowbray says his team should face the challenge of North End head on this week and that his team have nothing to fear after a positive start to life back in the Championship…
Click here to see what he has to say ahead of his side’s visit to PR1
Team News
Manager Alex Neil will be forced to make changes to the side that defeated Bristol City at Ashton Gate before the international break…
Click here for the latest team news
Match Coverage
Whether you’re overseas and watching on iFollow or in the UK and listening to the game on our coverage, you’ll hear the tones of former PNE skipper Paul McKenna this weekend…
Click here for details of how to follow the match
Alex Neil’s Preview
Everyone loves a derby game and Preston North End manager Alex Neil is no exception as he prepares his team to face Blackburn Rovers at Deepdale this weekend…
Click here to watch the manager’s pre-match interview
Lukas Nmecha Interview
Preston North End’s on loan forward Lukas Nmecha grabbed a goal whilst away on international duty with England U20s this week and wants to bring that confidence back to Deepdale…
Click here to hear from the striker ahead of the clash with Rovers

Goals from Tom Barkhuizen, Callum Robinson, Louis Moult and Alan Browne gave the Lilywhites a derby day to remember in front of almost 20,000 inside a boisterous Deepdale.

Barkhuizen smashed home Browne’s pass after only 70 seconds to get the game off to a blistering start and Robinson collected a sublime pass from Browne for the seconds after ten minutes.
Danny Graham pulled one back just minutes after half-time, having come off the bench, but Moult poked home from close range and Browne volleyed home Moult’s clever dinked cross to make it four in the closing stages.
The two enforced changes, in the absence of the injured Daniel Johnson and Sean Maguire saw Browne and Lukas Nmecha into the side, and the Irishman was a huge influence from the outset.

Only 70 seconds into the game he received the ball down the left-hand side, drove to the byline before pulling the ball back to around the penalty spot to when Barkhuizen drilled a low ball past David Raya to almost lift the roof off Deepdale.

And the high-tempo continued as the goalscorer got space to run away on the right, before pulling the ball back to the penalty spot, to the exact place he had scored from, this time Robinson’s goal-bound shot was deflected wide by visiting skipper Charlie Mulgrew for a corner.
But the North End top scorer wasn’t to be denied on ten minutes as he went into double figures for the season. Once again it was Browne with the assist, the No.8 playing a sublime ball with the outside of his right foot inside the Rovers right back to find the run of his Irish international team-mate; Robinson leaving Raya flat-footed to slide the ball into the bottom right hand corner.
The visitors grew into the game though and it took some excellent goalkeeping from Declan Rudd to keep the score 2-0. Just after the second goal the North End No.1, who retained his place after the clean sheet against Bristol City, got down low to his left to palm Bradley Dack’s downward header from Ryan Nyambe’s cross from right, around the post.
Just before the half hour, Rudd was again needed, this time to put Mulgrew’s 22-yard free kick over the bar.
And his best of three first half stops came eight minutes before the interval and it was a superb recovery save, again from Dack, after a deflected shot from the Blackburn No.23 almost caught the stopper out – a fantastic change of direction from the goalkeeper.
The visitors made a change at the break, with Graham coming on and he had an immediate impact, heading home a free kick from the right into the bottom right hand corner, giving Rudd no chance in the goal.

But with 16 minutes left North End’s substitutes also had an influence. Some brilliant forward play from Louis Moult – on for Nmecha – played the ball out for Barkhuizen, who raced to the touchline and drilled the ball across to the back post, another change Brandon Barker had a deflected shot but it fell to Moult in the six-yard box who poked into the Town End goal.

Two adult and two U11 tickets are up for grabs for this Saturday's clash against Blackburn Rovers!

Thanks to the members of online fans' forum PNE-Online, we will be looking to give away a family ticket for every league home game this season.

The competition will be run across our different platforms each game to allow all supporters a chance to enter, including those who are not on social media.

For this week's competition, we want to find a worthy winner of the tickets and therefore we need your help!

Do you know a family who would like to attend games at Deepdale but are unable to? This may be due to financial constraints, illness, family commitments or any other reason.

If so, we would like to hear from you with who you would like to nominate to be in with a chance of winning a family ticket for this weekend!

Simply send your nomination to slo@pne.com, including details of why you have nominated that particular person/family and your own contact details. 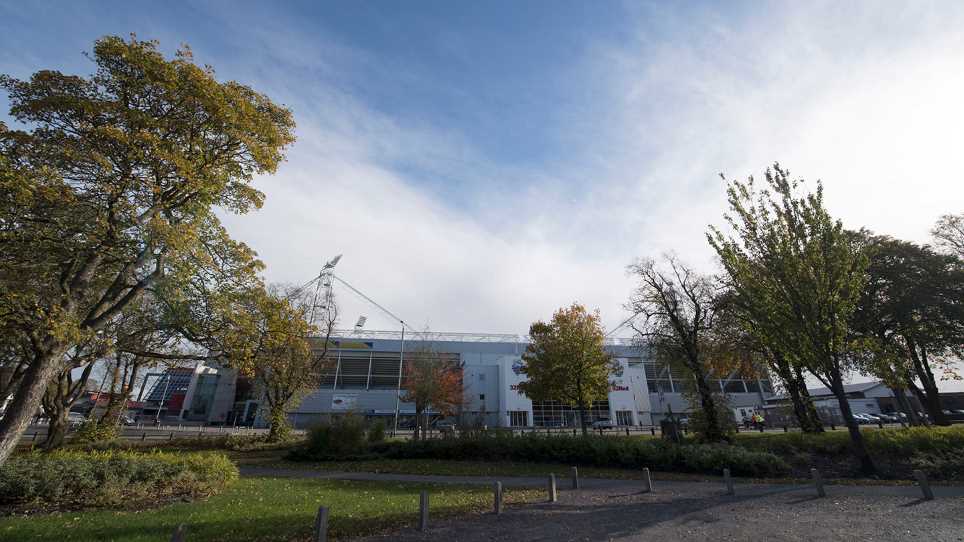 
It’s a 3pm kick-off for our third derby game of the 2018/19 season, as we take on Tony Mowbray’s Blackburn Rovers in the SkyBet Championship at Deepdale this Saturday.