North End’s last trip to the KCOM Stadium was a memorable one, as a late Callum Robinson header gave them all three points and set the tone for the club’s adventurous approach last season.

18 October 2018
We return to Hull City this weekend to face Nigel Adkins’ side in the first game after the latest international break, looking to build some momentum after the pre-break boost of a thumping derby day win over Wigan Athletic at Deepdale.
Manager Alex Neil has options available to him, with Sean Maguire getting another 30 minutes in Ireland’s UEFA Nations League clash with Wales in Dublin on Tuesday night and the likes of Ryan Ledson and Paul Huntington – who missed the win over Paul Cook’s Latics – both being fully fit for the trip to Humberside.
Our hosts at the weekend will themselves be looking to gain some initiative of their own and will also hope to have key players available for selection once again, with attack-minded Evandro set to return for the first time in over a month.
The wait for last season’s win over the Tigers in Hull was 25 years, but the Lilywhites will be hoping the wait this time is just 12 months, with the first of three games in a week, with a large points haul targeted, aiming for it to start with three on Saturday.
Ticket Information
Well over 1,000 North End fans are set to head across the Pennines to the east coast to see the Lilywhites take on Hull City this weekend and you could still join them!
Click here for more information
Or click here to buy a ticket for the game
Ref Watch
The match official for Saturday’s trip to the KCOM Stadium to face Hull City is experienced referee Gavin Ward…
Click here for details of the officials
Memorable Match
Prior to last season's late late show at the KCOM Stadium, North End had been waiting 25 years for a win away at Hull City…
Click here for a look back to the game
Team News
Manager Alex Neil will be without midfielder Ben Pearson, after he accumulated five yellow cards for the season in the last game against Wigan Athletic a fortnight ago…
Click here for the latest team news
Match Coverage
If you can’t make the trip to the KCOM Stadium this weekend, don’t worry, we have you covered with every minute of action available through our media output…
Click here for details of how to follow the match
Opposition View
Hull City manager Nigel Adkins is looking forward to the return of hostilities after the international break and is asking for his side to stand up and be counted…
Click here to read what the Tigers’ boss had to say ahead of the game
Alex Neil’s Preview
Preston North End manager Alex Neil feels his side can build and grow from their convincing victory over Wigan Athletic last time out when they return to Championship action at Hull City this weekend…
Click here to watch the manager’s pre-match interview
Sean Maguire Interview
Preston North End striker Sean Maguire is looking forward to kicking his career on at Deepdale after his injury set back…
Click here to hear from the striker ahead of the clash with the Tigers
Callum Robinson Interview
Preston North End forward Callum Robinson has returned from Irish international duty and is heading to Hull City looking for a repeat of his late heroics last season…
Click here for another Irish forward’s views on the trip to the KCOM Stadium

A goal in the third minute of stoppage time from Louis Moult gave North End a point, after a controversial late penalty, converted by Jarrod Bowen, seemed to have given Hull City the points at the KCOM Stadium.

Moult fired home from ten yards out from Brandon Barker’s ball into the box in front of the vociferous away following, after Bowen had just minutes earlier converted after a harsh decision to penalise Jordan Storey for a foul on Chris Martin.
Manager Alex Neil had four enforced changes in his line-up; Callum Robinson only fit enough for the bench after an overnight illness, whilst Tom’s Barkhuizen and Clarke were both out through injury and Ben Pearson suspended.
This meant Sean Maguire was given his first start since injury, Ben Davies, Ryan Ledson and Brandon Barker the other players drafted into the starting XI from the one that thrashed Wigan Athletic the fortnight previous.
But despite the changes the Lilywhites were fluid in attack, dominating the opening 15 minutes and finding themselves unlucky not to be in front.
The first chance saw a Barker free kick on the right and Alan Browne, made captain for the first time, rose highest at the back post, headed inches wide of the left-hand post with Tigers skipper and goalkeeper David Marshall at full stretch.
On the 12-minute mark Maguire worked his way down the right, caused great problems, before drilling the ball across where it ricocheted off Lukas Nmecha, but wide of the right-hand post from close range.
Next up a Browne flick on from a Daniel Johnson free kick from 45 yards, fell to Davies, but his shot is straight at Marshall from eight yards out.
If North End had the best of the opening stages, the home side had some good opportunities in the first 15 minutes of the half. Firstly, Reece Burke shot from 25 yards against foot of left-hand post, tidied up by Jordan Storey.
Next up, Chris Martin headed against the bar from close range after Daniel Batty’s cross from the right, before in the fourth minute of stoppage time Nigel Adkins’ team should have broken the deadlock when Eric Lichaj fired high over the bar from six yards out from Martin’s lay off when it looked easier to score.
The hosts had another good chance at the start of the second period, Jackson Irvine getting in behind on the left and pulling the ball back for Bowen eight yards out, but an excellent smothering save from Chris Maxwell kept it out.
On the hour mark North End made a change, with Ledson replaced by Robinson, but it was Kamil Grosicki with the next chance, forcing Maxwell into another good stop, diving away to his left to push the 20 yards effort from the Polish international around the post.
The woodwork was living a charmed life for PNE as this time Storey headed against his own post after another Grosicki effort, this time from the right-hand side.
With 11 minutes left another sub for North End, Moult, forced Marshall into a wonderful stop, tipping over his header from Browne’s cross. From the corner, Robinson played in to Storey, who laid the ball out to Hughes, but he couldn’t keep his effort down from 15 yards out.
But with seven minutes to go a controversial moment as Storey was adjudged to have fouled Martin, but the shirt pulling that is given is clearly initiated by Martin, but a penalty was given by Gavin Ward.
Bowen, however, fired the ball high into the net from 12 yards to put his side ahead.
Five minutes of stoppage time was signalled and in the third of them the ball was worked patiently by the Lilywhites, eventually fed in in by Barker into the feet Moult, who turned and fired a bullet under Marshall and into the back of the net and give his side a deserved point.
Hull City line-up: Marshall (c), Lichaj, De Wijs, Burke, Grosicki (Dicko, 90), Irvine, Kane, Batty (Stewart, 90), Bowen, Martin (Campbell, 87), Elphick. Subs not used: Long, Keane, McKenzie, Sheaf.
PNE line-up: Maxwell, Fisher, Hughes, Ledson (Robinson, 59), Storey, Davies, Barker, Johnson, Nmecha (Moult, 71), Browne (c), Maguire (Gallagher, 64). Subs not used: Rudd, Earl, Burke, Huntington.
Attendance: TBC (TBC PNE fans)
Referee: Mr G Ward

Well over 1,000 North End fans are set to head across the Pennines to the east coast to see the Lilywhites take on Hull City this weekend and you could still join them!

18 October 2018
North End take on the Tigers in the first game after the latest international break, with a 3pm kick-off, and tickets are still on general sale.
Tickets are available online at www.mypne.com, by calling 0344 856 1966 or in person from the ticket office at Deepdale and will remain on sale until 1pm online and 4pm in person on Friday 19th October.

We have been given an allocation of 1,452 for this fixture and City operate a zonal pricing system for all supporters, where the price varies according to the seat position in the stadium, with no concessions.

18 October 2018
Tickets are located in the north and east stands and are priced as per the block as follows:
Block N6 £12 - Sold Out
Block N7 £12 - Sold Out
Block NE £18
Block E1 £18
Block E2 £18
Block E3 £24
Seats are sold in the order of blocks above, starting from Block N6. There are also eight pairs of wheelchair disabled and carer tickets on a raised platform in block N6 which are priced at £12 with a carer ticket free of charge if required. 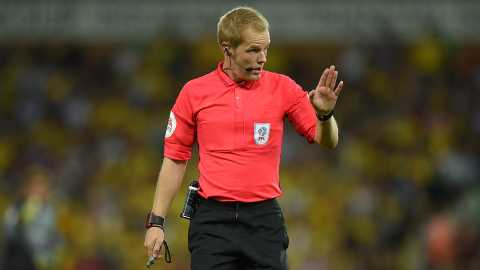 18 October 2018
Ambulant disabled supporter tickets are priced at either £12 or £18 depending on the block, with a carer ticket free of charge.

Coach travel is also available for this game and has been reduced to just £13 for all. Coaches will depart both Deepdale and Leyland at 10.30am.

Supporters are advised to buy in advance, but should any tickets be left, then they will be sold from the 'Pitch Side Bar' which is situated next to away turnstiles one to five and will open at 1pm.
Any collections can be collected from the 'Ticket Zone' from 1pm on the day of the game. 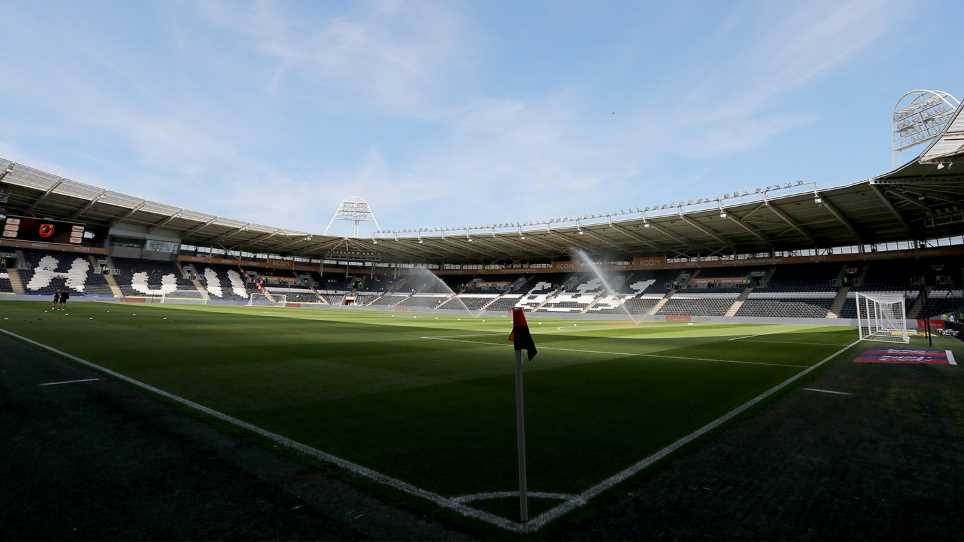 
Tickets for North End's trip to KC Stadium this weekend remain on sale.