The Lilywhites travel to Elland Road for the second time in a month on Tuesday night and this time its EFL Championship action, as the team look for three points against high-flying Leeds United. 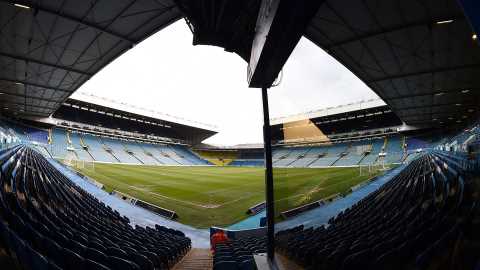 17 September 2018
The victory in the cup tie against Marcelo Bielsa’s Yorkshire outfit in August will be something Alex Neil’s men are looking to repeat after Saturday’s reversal against Reading.
The Whites meanwhile picked up a point on the road at Millwall at the weekend and will be looking to get revenge on North End for that Carabao Cup loss, when an early Daniel Johnson penalty and a superb individual strike from Brandon Barker gave the visitors the win.
It is the second game of the season that is available live on iFollow PNE in the UK and Ireland, details are below of how you can sign up for a £10 match pass to watch the game, with our four camera coverage and commentary from Jonathan Breeze and Paul McKenna.
Ref Watch
After refereeing the Lilywhites five times in 2017/18, Geoff Eltringham takes charge of his first PNE game of the new season at Elland Road on Tuesday night…
Click here for the story
Memorable Match
We won’t look back on many goalless draws in our memorable match pieces, but this one in 2005 at Elland Road had plenty going on…
Click here for a look back to the game
Ticket Information
Tickets remain on sale for the Lilywhites trip to Elland Road on Tuesday night and will be available online at www.mypne.com, by calling 0344 856 1966 or in person from the ticket office until 3pm on the day of the game…
Click here for more information
Or click here to buy a ticket for the game
Opposition View
Leeds United manager Marcelo Bielsa spoke very highly of the Lilywhites ahead of his second clash with Alex Neil's side in the space of a month…
Click here for his thoughts on the game
Team News
Manager Alex Neil is still without suspended midfield pair Ben Pearson and Ryan Ledson for the second trip to Elland Road in a matter of weeks…
Click here for the latest team news

17 September 2018
Match Coverage
Our second midweek league game of the season again allows fans can watch the game in the UK and Ireland live on iFollow PNE!
Click here for details of how to follow the match
Alex Neil’s Thoughts
Preston North End manager Alex Neil has had good experiences on previous trips to Elland Road and is looking forward to visiting Leeds United once again…
Click here to watch the manager’s pre-match interview
Ben Davies Interview
Our trip to Yorkshire just three weeks ago was a red letter day for centre half Ben Davies as he captained the Lilywhites to victory in the Carabao Cup second round…
Click here to hear from the defender ahead of the clash with the Whites

Cooper headed the home side in front eight minutes before half-time, flicking Jack Harrison’s right-wing corner into the bottom left hand corner, in off the post. Roberts doubled the advantage with 16 minutes left, lofting the ball from the right-hand edge of the box into the bottom left hand corner and then added his second with eight minutes to go, heading home Samuel Saiz’s cross.
Manager Alex Neil was able to recall Alan Browne to the side after injury and he was one of two changes, reverting back to 4-2-3-1, with Josh Harrop also in the side in the No.10 role.
And the Lilywhites started brightly, creating the first opportunity, Callum Robinson collected the ball down the left, beat Pontus Jansson to it and raced to the edge of the box, before opening up and curling a shot that was heading towards the top right-hand corner until Bailey Peacock-Farrell got up acrobatically and tipped behind for a corner.
Just before the quarter hour mark North End had a let off when Harrison got the ball and split the PNE defence to find a run from deep for Mateusz Klich, but he slid the ball wide of the left-hand post when one-on-one with Declan Rudd.
The opener came on 37 minutes, as Harrison’s corner from the right was flicked goalwards by Whites skipper Cooper and Rudd got a hand to it, but it ricocheted up and past Daniel Johnson on the post and in to the bottom left corner.
And before the break there was a chance for 2-0 as Klich showed his pace to race through onto a ball from Harrison, but with Rudd coming out to close him down he lifted the ball up and over the bar.
Eleven minutes into the second half North End thought they were level as Darnell Fisher did brilliantly down the right, drove at the right-hand corner of the box, got into the area and arrowed a shot across goal. Callum Robinson was on hand at the back post to poke home, but the assistant referee’s flag went up for what must have been the narrowest of offsides.
With 18 minutes left Jack Harrison was inches away from doubling the lead as he collected Saiz’s through ball and was one-one-one. He drew Rudd and pushed the ball around him, but off the inside of the left-hand post to Ben Davies, who cleared.
But two minutes later it was two. The ball was played out from the back by the home side and fed down the right-hand side for Roberts to run forward, in behind the PNE backline, and he lofted the ball with the outside of his left foot over Rudd into the bottom left hand corner.
The third came eight minutes later as Saiz clipped over a cross from the right-hand side and Roberts was on hand to head back across goal into the top right hand corner.
Leeds United line-up: Peacock-Farrell, Ayling, Douglas, Cooper (c), Alioski, Roberts (Dallas, 85), Saiz (Baker, 90), Jansson, Harrison, Phillips, Klich (Forshaw, 85). Subs not used: Blackman, Pearce, Edmondson, J Clarke.
PNE line-up: Rudd, Fisher, Earl, Browne (Gallagher, 79), T Clarke (c), Davies, Barkhuizen, Johnson, Moult (Nmecha, 79), Harrop (Barker, 71), Robinson. Subs not used: Maxwell, Hughes, Burke, Huntington.
Attendance: 27,729 (288 PNE fans)
Referee: Mr G Eltringham

Tickets remain on sale for the Lilywhites trip to Elland Road on Tuesday night and will be available online at www.mypne.com, by calling 0344 856 1966 or in person from the ticket office until 3pm on the day of the game.

PNE have been given tickets in the lower tier and prices are as follows: Adults £37, seniors (aged 60 and over), disabled supporters and young adults (16 to 22) £25, U16s £16 and U11s £8.
Leeds United have confirmed there will be sales on the night from the away ticket window, which is located next to the away turnstiles. Please be aware that this will be cash only and all prices will increase by £5, apart from junior tickets which will remain the same.
Supporters collecting on the night can also collect from the away ticket window.
We have received 12 pairs of wheelchair and carer tickets, priced as per the above with a carer ticket free of charge if required. These are located in the John Charles Paddock.
There are also 12 pairs of ambulant disabled and carer tickets located in the lower tier with easy access; these are also priced as above. Ambulant disabled and carer tickets can also be taken from the main allocation.
Disabled parking is available on car park B. These spaces are extremely limited and are issued on a first come, first served basis. Parking is free for blue badge holders.
Headsets for match commentary are available for partially sighted supporters; there is a £20 deposit required. Headsets must be booked in advance by contacting the disability liaison officer on 0113 367 6178.
Coach travel will also be available and can be purchased online or over the phone. Coaches will depart Deepdale and Leyland at 4.15pm and travel is priced at £12 for all. 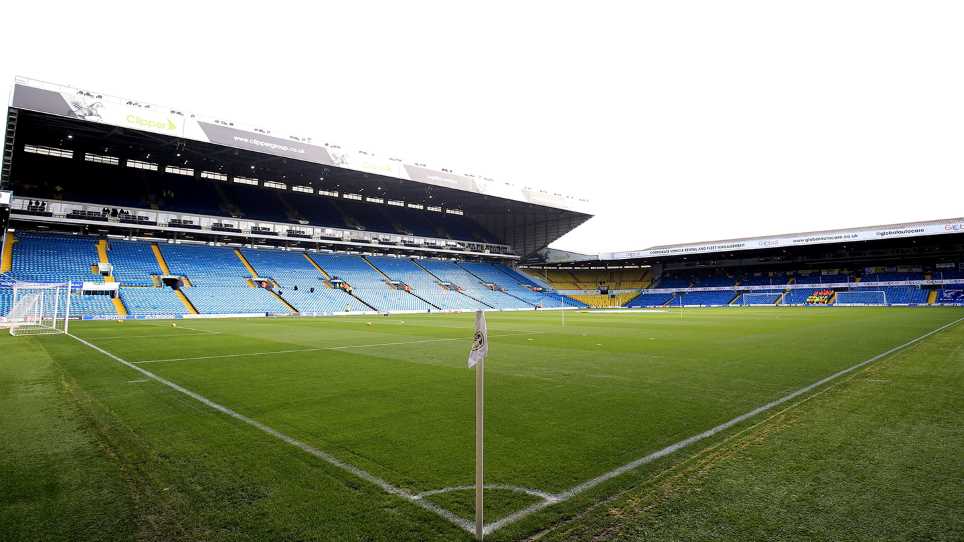 
Ticket details for PNE's Championship clash with Leeds United in September have now been confirmed.