North End renew a rivalry that has been going for 130 years this weekend, as we welcome West Bromwich Albion to Deepdale for the first time in almost a decade.

27 September 2018
Whilst it has been nine years since we locked horns, clashes between the sides go back to the first ever Football League season in 1888, with this set to be the 112th competitive meeting between the Lilywhites and the Baggies.
North End have a tremendous league record at Deepdale, in fact West Brom haven’t won a league game in PR1 since Sir Tom Finney’s playing days and Alex Neil’s men will home to continue that with a positive result and performance this weekend.
There are plenty of good stories this weekend, with Darren Moore having interesting memories of his time here, of course involved in ‘that’ incident with Paul Raynor in the 1994 Play-Off campaign and the return of popular figures Sam Johnstone – a Wembley winner North End and Tyrone Mears, part of the successful side of the mid-noughties.
That gives plenty of reasons to get down to Deepdale. With over 3,000 Baggies fans heading up the M6, there should be a bumper crowd and a good atmosphere, so get down and be a part of the action.
Ref Watch
It’s a second game of the season for Tony Harrington taking charge of a North End game on Saturday, having officiated the 2-0 cup win at Leeds back in August…
Click here for the story
Memorable Match
We go back a dozen years to find our latest memorable match and this time it is for one of the best goas seen at Deepdale in the last couple of decades…
Click here for a look back to the game
Ticket Information
This weekend’s EFL SkyBet Championship action sees the Lilywhites take on West Bromwich Albion at Deepdale for the first time in almost a decade…
Click here for more information
Or click here to buy a ticket for the game
The One And Only Issue Seven
Josh Harrop features as the main interviewee in Saturday’s 100-page edition of the matchday programme and he looks back on his progress…
Click here for details of this weekend’s matchday programme
Team News
Manager Alex Neil is getting his players back and has options available for this weekend’s clash with the Baggies…
Click here for the latest team news
Match Coverage
North End entertain the Baggies at Deepdale for the first time since October 2009 this weekend and will be looking to stretch their 11-game unbeaten league run against the Black Country side that stretches back to when Sir Tom Finney was still playing!
Click here for details of how to follow the match
Alex Neil’s Thoughts
Preston North End manager Alex Neil is looking for his side to build on some decent performances when his side face West Bromwich Albion at Deepdale on Saturday…
Click here to watch the manager’s pre-match interview
Brandon Barker Interview
Brandon Barker is biding his time as he looks to cement his place in Alex Neil’s starting XI…
Click here to hear from the winger ahead of the clash with the Baggies

Goals from Jay Rodriguez, an own goal and Dwight Gayle gave West Bromwich Albion the three points at Deepdale, despite Andrew Hughes grabbing his first goal for the club.

Goals from Jay Rodriguez, an own goal and Dwight Gayle gave West Bromwich Albion the three points at Deepdale, despite Andrew Hughes grabbing his first goal for the club and Alan Browne scoring late on.
Rodriguez headed the opener just after half-time, but Hughes equalised with a free kick from 20 yards, however, a cross came off Ben Davies to put the Baggies back in front and Gayle’s late free kick sealed the win, although Browne headed home in the last minute to reduce the arrears.
Manager Alex Neil made just two changes from the midweek clash with Middlesbrough, with Darnell Fisher, free of suspension, and Davies back in the side, with Tom Clarke and Tom Barkhuizen both dropping to the bench.
Jordan Storey retained his place in a back three, with Brandon Barker partnering Callum Robinson in attack, with the midfield three of Ben Pearson, Ryan Ledson and Browne retained in the engine room.
It was the visitors who created the first opening and perhaps the best of the first half, bringing the best out of Chris Maxwell in the process.
It came from a seventh minute corner as a deep cross from the left was headed across goal by Ahmed Hegazi to Kyle Bartley just a couple of yards out, who headed on target, brining a superb reaction stop from the Lilywhites stopper.
Whilst this was the best chance, the closest anyone came to breaking the deadlock in the opening period was Ledson. A corner from Robinson on the right was flicked on, finding Browne in the back-left corner of the box; he teed up the No.18, but his vicious low drive was denied the opening goal by the woodwork.
On the quarter hour mark Maxwell was needed again to save at feet of Jake Livermore after a lay off from Rodriguez put him through on goal; pressure from Pearson making it difficult for the front man.
At the half’s mid-point Andrew Hughes fired narrowly wide at the back post after quick corner saw Robinson switch onto his right foot and his ball was flicked on by Paul Huntington, with the Welsh full back just not quite forcing Sam Johnstone, on his return to Deepdale, into a save.
But just after the break the Baggies went ahead. The ball was won in the midfield by Harvey Barnes and he found Livermore who crossed right-footed for Rodriguez to head into top right corner from 15 yards out.
A huge shout for a penalty came in the 67th minute as Browne got the wrong side of Kyle Bartley, latching onto the end of Pearson’s perfectly weighted through ball. His ankles seemed clearly clipped as he was shaping to shoot, but referee Tony Harrington did not react, neither did the linesman, John Flynn in a perfect position down the right-hand side in line with the incident.

But North End drew level on 71 minutes. Pearson was fouled on the edge of the penalty area. Hughes and Brandon Barker stood over it, but it was the left foot of the No.16 who curled it low into the bottom left-hand corner to level matters.

However, the parity only lasted two minutes as a cross from the right-hand side came off the head of Ben Davies and looped up and over Chris Maxwell into top left-hand corner, giving the North End goalkeeper no chance.
And the points seemed in the bag for the visitors when with two minutes to go Dwight Gayle curled a free kick from almost 30 yards into the top left hand corner of the goal.
North End did grab a second in the final minute of six added on, as substitute Josh Harrop burst forward, was upended as he played another change Louis Moult through, but play went on, the striker saw his shot saved by Johnstone, but Browne was on hand to nod home from close range.

We are giving away two adult and two U11 tickets for this weekend's Sky Bet Championship fixture against West Bromwich Albion.

Thanks to the members of online fans' forum PNE-Online, Preston North End are giving away a family ticket for every league home game this season.

Prior to each game, we will run a competition to give away the family ticket, with the competition running across one of our media platforms, whether that be on Twitter, Facebook, Instagram or here on PNE.Com.

To enter this week's competition, supporters need to follow @pnefcofficial on Instagram and reply with the name of their all time North End hero with a reason why.

The deadline for the competition will be midnight on Friday 28th September, with a winner annoucned on the morning of the game.

The competition will be run across the different platforms each game to allow all supporters a chance to enter, including those who are not on social media. 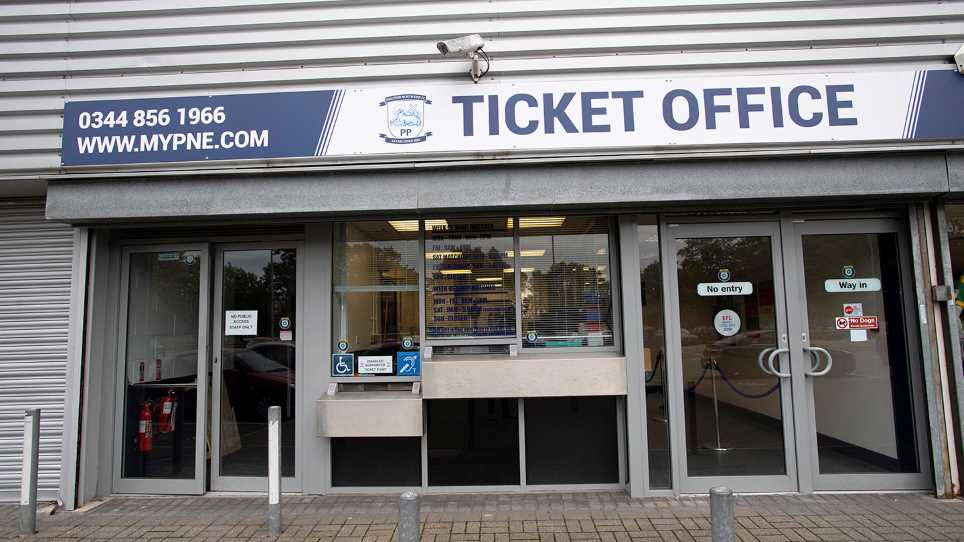 
This weekend’s EFL SkyBet Championship action sees the Lilywhites take on West Bromwich Albion at Deepdale for the first time in almost a decade.