Preston North End head to Bramall Lane looking for three points against Chris Wilder’s side, who have had a solid start to the season once again.

20 September 2018
The Blades competed with North End in the upper echelons of the Championship last year and going into their clash in April, both sides still had a chance of making the top six.
That afternoon Alan Browne’s goal saw North End come out on top in a tight affair and the Blades have kept up the momentum of last season again at the start of the 2018/19 campaign, sitting just outside those Play-Off places heading into the weekend.
They played on Wednesday night this week, a goalless draw at home to Garry Monk’s Birmingham City, but the manager made a number of changes, meaning he can again freshen the squad for the visit of the Lilywhites, especially after he strengthened his group in the summer with a number of experienced captures.
Ref Watch
For Saturday’s trip over the Pennines we have Northumberland official Scott Duncan taking charge as the match referee…
Click here for the story
Memorable Match
Back in 2013 North End had gone 35 years since a victory at Bramall Lane, Alex Bruce the last man to score a winning goal for the Lilywhites in the red and white half of the steel city…
Click here for a look at our chosen game
Ticket Information
Tickets for this weekend's away game against Sheffield United, at Bramall Lane, are still on general sale at Deepdale…
Click here for more information
Or click here to buy a ticket for the game
PNE Team News
Manager Alex Neil welcomes back the first of his suspended midfield duo, with Ryan Ledson available for selection after missing the last three games following his red card at Leeds United last month…
Click here for the latest team news
Match Coverage
On Saturday afternoon, if you can’t make it to the Bramall Lane, then you can sign up for a £5 match pass and watch the game – with full match commentary – live on iFollow PNE…
Click here for details of how to follow the match
Alex Neil’s Thoughts
Preston North End manager Alex Neil says a similar performance and result to his side’s last visit to Sheffield United would be just the tonic required…
Click here to watch the manager’s pre-match interview
Alan Browne Preview
Preston North End midfielder Alan Browne spoke to iFollow PNE ahead of the trip to Sheffield United to discuss the hard work being done to turn around the recent run of results…
Click here to hear from the midfielder ahead of the clash with the Blades

David McGoldrick scored a late winner for Sheffield United, after the Lilywhites had come from 2-0 down at Bramall Lane to level the game.

Goals from Billy Sharp and Chris Basham had given Chris Wilder’s side a two-goal advantage, but Callum Robinson sparked the comeback, with substitute Daniel Johnson levelling matters with seven minutes to go, however, McGoldrick scored late from close range to give the Blades the three points.
Manager Alex Neil had made five changes to the starting XI from the midweek trip to Leeds, Chris Maxwell coming in between the sticks, with Paul Huntington, Paul Gallagher, Andrew Hughes and the returning Ryan Ledson all included in a 3-5-2 formation.
The first half was played very much between the penalty areas, with neither side in total control, but Maxwell or Blades stopper Dean Henderson were not busy.
So, when the opener came on 36 minutes, it was a little out of the blue. It came after a North End break, with Oliver Norwood collecting the ball in the middle of the park, playing the ball down the right behind Ben Davies.
McGoldrick collected the ball, seemingly in an offside position, but it was not flagged by the assistant and the Irish international burst away before putting the ball across into the six-yard box for United skipper to tap home unmarked from close range.
The lead was doubled six minutes into the second half as a free kick was awarded out on the right, Norwood whipped a cross into the box and Basham got up to flick a powerful header across the goal into the top left-hand corner.
The deficit was almost halved within five minutes as a corner from Gallagher on the left was whipped into the box; Tom Clarke got up with a powerful header, only for Henderson to make a fine save, with Jack O’Connell then getting in a last-ditch block to deny the PNE No.5 on the follow up.
North End were the side more likely at this stage and some excellent pressure and forward-running from Alan Browne saw a burst from the midfield, with Robinson played in down the left of the penalty area, he drove a ball across the six-yard box, but O’Connell slid in to deny Tom Barkhuizen.
Johnson was introduced as the pressure continued from the yellows, the No.11 curling an effort from 25 yards just wide of the left post, with another change Brandon Barker heavily involved in the build-up.

And the goal that had been coming arrived with ten minutes to go. It was another well-worked move with Browne driving through the middle to find Barker, who got to the edge of the box, played it out to the right for Darnell Fisher who drilled a ball across the six-yard box for Robinson to slide home from six yards out.

And they were level two minutes later. The pressure continued. Firstly, it was Robinson on the right who pulled the ball back for Barker, he played a one-two with Johnson, before sliding the ball out to Hughes on the left who drilled the ball to the penalty spot where Johnson swept the ball off a defender and past Henderson to make it 2-2.
But the parity only lasted four minutes as Enda Stevens drove down the left-hand side, into the box and then pulled the ball back across the six yard line to where McGoldrick was on hand to slide the ball home.
Six minutes of stoppage time was added as the visitors pressed for another equaliser and in the closing seconds Robinson got space down the left and delivered a cross deep to the back post, but Henderson came to claim with four or five yellow shirts waiting to pounce and the final whistle followed.
Sheffield United line-up: Henderson, Stevens, Fleck, O’Connell, Basham, Sharp (c) (M Johnson, 75), Egan, Norwood, McGoldrick (Stearman, 90), Freeman, Duffy (L Carke, 85). Subs not used: Lundstram, Woodburn, Moore, Washington.
PNE line-up: Maxwell, Clarke (c), Huntington, Davies, Fisher, Hughes, Ledson (Harrop, 90), Gallagher (Johnson, 62), Browne, Robinson, Barkhuizen (Barker, 71). Subs not used: Rudd, Earl, Moult, Burke.
Attendance: 23,857 (658 PNE fans)
Referee: Mr S Duncan

Ticket sales for this weekend's away game against Sheffield United, at Bramall Lane, are still on general sale at Deepdale.

Tickets are available online at MyPNE.Com, by calling 0344 856 1966 or in person from the ticket office.
PNE have been given a full allocation of 2,253 tickets in the lower tier and prices are as follows: Adults £29, seniors (aged 60 and over) and disabled supporters £23, students (full-time education with a valid NUS card) and young adults (18 to 21) £18 and U18s £14.
There are ten pairs of wheelchair and carer tickets located in the Westfield Health lower corner, these are priced as per above with a carer ticket free of charge if required. 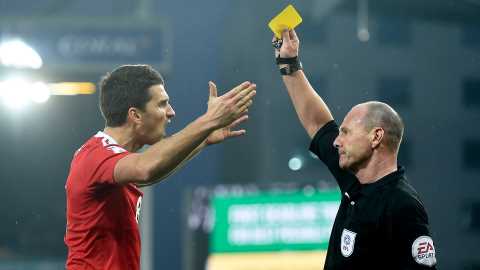 19 September 2018
There are ten pairs of ambulant disabled and carer tickets, these are priced as per above with a complimentary carer provided if required. Ambulant disabled and carer tickets are also available from the main allocation.
A very limited amount of disabled parking spaces are available, these can be booked by contacting Kay Adkins on the main reception by calling 0114 253 7200.
Coach travel will also be available and can be purchased online or over the phone. Coaches will depart Deepdale and Leyland at 11am and travel is priced at £15 for all.