The phony war is over, the real action begins as the 2019/20 Championship season starts with the Lilywhites heading into the Lions’ Den to face Neil Harris’ Millwall.

Everyone, up and down the country, will go into the opening weekend with optimism about the season and they will all hope that is still there at 5pm on Saturday evening.

After a busy couple of days in the transfer market and an injury free pre-season, manager Alex Neil has plenty of options heading down to the capital and training will have been a competitive place heading into the first game of the season.

Back in 1982/83 the two sides also met on the first day of a campaign, with PNE coming out 3-2 winners at Deepdale, thanks to a hat-trick from striker Steve Elliott. The opener came from the penalty spot, Chatterton and Neal with the Lions’ goals.

The last meeting between the teams at The Den came back in February. Andrew Hughes opened the scored, with skipper Tom Clarke adding a second – in what was his last game before injury – and Sean Maguire added a third before the half hour mark, which proved enough to take the three points, Ben Thompson grabbing a consolation for the hosts mid-way through the second half.

Here’s all the coverage accessible on PNE.Com in preview of the game…

Ticket Information: There are already over 1,000 North End fans making their way down to The Den for the opening game of the season, as Preston North End take on Millwall. Click here for more information.

Match Officials: The opening game of the 2019/20 season sees a familiar face taking charge of the Lilywhites’ trip to The Den to take on Millwall. Click here for details of who it is.

We’ve Met Before: It was old late February that we last visited The Den, with Preston North End completing the double over the Lions, thanks to an opening 27-minute burst in south east London. Click here for more details of past battles.

How To Follow The Game: If you can’t make the trip to The Den for the opening day of the season, don’t worry, we will have full coverage on PNE.Com and iFollow PNE this weekend. Click here for details of how you can follow the match.

Team News: Preston North End manager Alex Neil goes into the new season with a rare problem of having virtually his squad available for selection. Click here for details of the options.

Tom Barkhuizen On Fantastic Away Support: The countdown is on to the new EFL Championship and Preston North End forward Tom Barkkhuizen is hoping for a big following from the off to help spur on the team this season. Click here for more from ‘Barky’.

Alan Browne Looks To Improve On Last Season: Alan Browne has challenged himself to perform even better in the upcoming campaign than in the previous. Click here for what he had to say.

Sean Maguire Looking To Kick On In Third Year: Preston North End’s Irish international striker, Sean Maguire, is hoping for a season of progression at Deepdale. Click here for the full interview.

A solitary first half goal from Millwall gave the home side the three points on the opening day of the season at The Den.

Jed Wallace gave the Lions the lead just past the half hour mark, volleying home left-footed from a Connor Mahoney ball in from the left and this proved to be the match-winner despite North End dominating possession.

It was a blood and thunder start, player amongst a cacophony of noise from both sets of supporters with Neil Harris’ side having the first opportunity, Wallace with a shot from 20 yards tipped over after a left-wing corner from Shaun Williams was headed out by Andrew Hughes.

But the better of the chances in the middle of the opening period of the season fell to PNE. Firstly, a corner, after excellent move down the right, saw Barkhuizen feed Sean Maguire to get in behind the right back and drill the ball across, only to see it cut out by Millwall skipper Alex Pearce.

And on eight minutes an Alan Browne on half-volley from the resulting cleared corner from edge of ‘D’ was heading into the top right-hand corner until a brilliant header off line by big striker Mat Smith.

The opening goal came on 33 minutes though as summer signing from Bournemouth, Mahoney, crossed from the left and the ball volleyed home by Wallace; Declan Rudd getting both hands to it, but couldn’t keep it out.

After the goal, the best chances before the break still came for the sign in green. A drilled cross from Hughes on the left, after excellent cross-field ball from debutant Patrick Bauer, hit Maguire rather than a directed header and he wasn’t able to keep the effort down.

And in first half injury time, Maguire curled an effort just wide of right-hand post from the left-hand corner of box after a Paul Gallagher through ball from a swift counter-attack started by Brad Potts mid-way inside his own half.

The second half saw the visitors dominant in possession, with the manager making three attacking substitutions to try and get back into the game.

Jayden Stockley, Billy Bodin and a second debutant in Andre Green were all thrown into the mix for the Lilywhites as they went in search of, at the very least, an equaliser.

And in the penultimate minute there was a huge shout for a penalty as Maguire collected the ball from Stockley’s knock down on the edge of the six-yard box and looked destined for a clear shot on goal only for a tackle to bring him down, but referee Steve Martin waved play on.

This proved to be pivotal as despite the four minutes of added time, North End were unable to get the goal that would have given them a deserved point from the game.

There are already over 1,000 North End fans making their way down to The Den for the opening game of the season, as Preston North End take on Millwall.

Tickets remain on sale for the game, both online at MyPNE.Com and in person at the Deepdale ticket office. 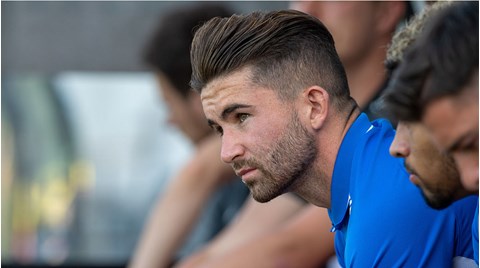 Sean Maguire Looking To Kick On In Third Year

Ambulant supporter tickets are taken from the standard allocation and are charged the standard price as per age band.

Official coaches depart both Deepdale and Leyland at 7.30am, with tickets reduced for this opening game for £20 per person, although there are limited places left on the Leyland coach.

Tickets are available in person from the Deepdale ticket office, over the phone during office opening hours on 0344 856 1966 and online at MyPNE.Com.

Fans should also be aware that there are works on the West Coast Mainline this coming weekend, with the line closed between Warrington and Crewe, so, whilst trains are running, they will go via Manchester, so will take slightly longer than normal. 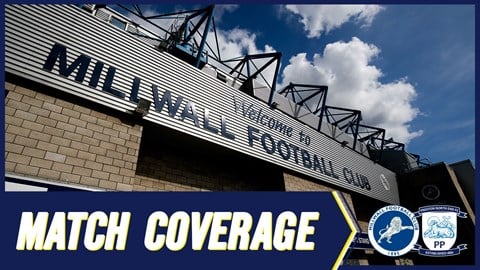 Tickets will remain on sale online until Friday 2nd August at 1pm and in person/over the phone at Deepdale until 4pm; tickets will be available on the day from the North Stand ticket office from 1.30pm onwards and there is no price increase.

This is situated next to the away turnstiles and both cash and card payments are accepted. Anybody collecting tickets from Millwall can also collect from the North Stand ticket office. 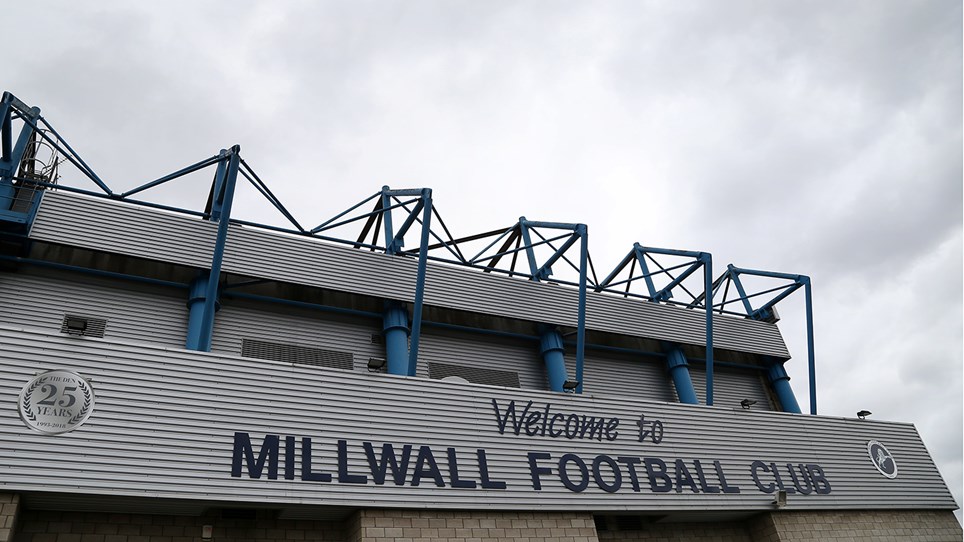 
The ticket information has been released for the Lilywhites' first game of the season, as we travel to face Millwall at the Den on Saturday 3rd August.