Two in-form sides meet at the City Ground this weekend, after booking their respective places in the Carabao Cup third round on Tuesday night.

29 August 2019
Nottingham Forest crushed local rivals Derby County at the City Ground, whilst the Lilywhites were beating another Championship side, Hull City on penalties.
Forest, under the management of summer appointee Sabri Lamouchi, have had a positive start to the season and have been unbeaten since their opening day loss to West Brom, including impressive wins over promotion favourites Fulham, Birmingham and they are the only team to take a point off Leeds so far this season.
They were very active in the summer transfer market and have depth in their squad, but the Lilywhites will still head to the east midlands in confident mood after three positive home results in the space of seven days.
The last two trips to Forest will also provide good memories for Alex Neil and his side, with Louis Moult the match-winner last season in a 1-0 triumph and with what could be a sell-out away following behind them, the Lilywhites will want to pick up their first away win of the campaign and firm up their place in the top six after the first month of the season.
For Your Information
Match Details: Nottingham Forest v Preston North End, the City Ground, Saturday 31st August 2019, kick-off 3pm
Competition: EFL Championship (6/46)
PNE colours: Home kit, green goalkeeper
Click here to buy a ticket
Here’s all the coverage accessible on PNE.Com in preview of the game…
Ticket Information: There are already well over 1,100 tickets sold for Preston North End's trip to the City Ground to face Nottingham Forest on Saturday afternoon. Click here for more information.
Match Officials: The match official for Saturday’s trip to the City Ground is a man who oversaw the Lilywhites on four occasions in 2018/19. Click here for details of who it is.
We’ve Met Before: It is the 95th league meeting between the Lilywhites and Nottingham Forest this weekend, the 48th with the east midlands sides as the hosts. Click here for more details of past battles.
How To Follow The Game: If you can’t make the trip to the City Ground for this Saturday’s clash with Nottingham Forest, don’t worry, we will have full coverage on PNE.Com and iFollow PNE. Click here for details of how you can follow the match.
Team News: Preston North End manager Alex Neil has decisions to make after another positive performance from his changed team in Tuesday’s Carabao Cup victory over Hull City. Click here for details of the options.
Alex Neil Looking Forward To Trip To The City Ground: Preston North End manager Alex Neil is expecting a tough test against Sabri Lamouchi’s Nottingham Forest this weekend, but is looking for his side to end the first month of the season with another positive result. Click here for the manager’s full interview.
Billy Bodin Hopes To Evoke City Ground Memories: Preston North End winger Billy Bodin scored his first goal for the Lilywhites away at Nottingham Forest and he is looking for a repeat performance at the weekend. Click here for more from Billy.

Preston North End had to settle for a point at the City Ground after a controversial late equaliser from the home side.

A superb and controlling performance for the majority of the game from the Lilywhites saw Billy Bodin give them a deserved first half lead, but substitute Albert Adomah, who looked clearly offside, equalised with just over ten minutes left.
Bodin had driven home the opener five minutes before the break after seeing an initial shot saved, only for the Reds to take a point in a hard-fought encounter.
With three changes made by manager Alex Neil from the previous league game – two enforced with Darnell Fisher and Sean Maguire missing through injury – the team saw Bodin leading the line and Alan Browne at right back.
However, the changes didn’t affect them, as the came out of the blocks quickly and were outstanding in the first half, taking the deserved lead into the break.
They kicked into full gear around the quarter hour mark. Josh Harrop sent Bodin through on goal, Brice Samba making a fine save from the Welshman, before Harrop won the ball straight back and then exchanged a one-two – via a back heel – with the No.39 and then was himself denied by the Forest custodian.
Next up to test the stopper was Daniel Johnson. Harrop again won the ball and headed it into the path of the No.11, who rode a challenge and unleashed a shot from the edge of the box that the keeper used both hands to push away.

The opening goal came five minutes before the break and it was more brilliant play. Ben Pearson found Joe Rafferty on left, and the full back’s clever ball put the ball in behind for Bodin, he chopped from left to right, putting the defender on his backside before his drilled shot was saved by Samba, it only came out to Browne though, whose scuffed shot was collected by again Bodin. He did chop No.2m this time going to his left foot before drilling his shot across goal into corner of the net.

It could have been 2-0 less than 90 seconds later, the Lilywhites inches away as Harrop arrived at back post onto a whipped Paul Gallagher cross and PNE’s No.10 fired a volley inches wide from making it four goals in as many games.
But despite this, the home side drew level with 11 minutes to go. It was two substututes who combined as Joao Carvlaho played the ball through to a seemingly offside Albert Adomah, who fired low into the bottom right hand corner. Ben Davies was livid with the officials and rightly so, with the replay showing he and Lewis Grabban were both offside as the ball was slid through.
Six minutes of stoppage time was added with it beginning with a 30-yard free kick from Brad Potts that was saved by Samba and North End spent much of the remaining time in the opposition half, but had to settle for a point as the final whistle came.
Nottingham Forest line-up: Samba, Worrall, Grabban, Watson (Carvalho, 68), Jenkinson, Semedo (Sow, 46), Robinson, Ameobi (Adomah, 77), Dawson (c), Lolley, Silva. Subs not used: Muric, Cash, Mir, Rodriguez.
PNE line-up: Rudd, Browne, Rafferty, Pearson, Bauer, Davies, Potts, Gallagher (Ledson, 66), Bodin (Stockley, 65), Johnson (Green, 84), Harrop. Subs not used: Ripley, Bayliss, Storey, Ginnelly.
Attendance: 27,249 (1,610 PNE fans)
Referee: Mr G Eltringham

There are already well over 1,300 tickets sold for Preston North End's trip to the City Ground to face Nottingham Forest on Saturday afternoon. 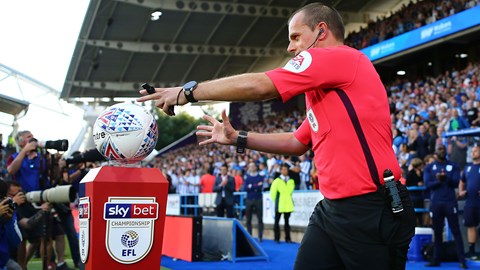 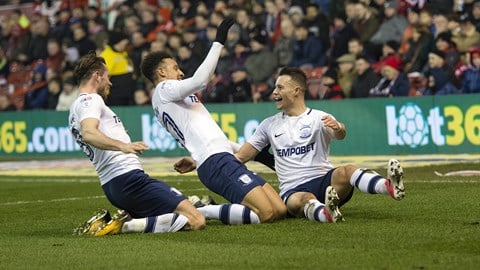 29 August 2019
Nottingham Forest strongly recommend that children be of primary school age when attending fixtures at the City Ground. Babies in arms and children in buggies will not be admitted for their own safety.
Coach travel is also available for this game and is priced at £15 for all with coaches departing Deepdale and Leyland at 10.30am.
Tickets will remain on sale at Deepdale until 4pm on Friday 30th August or online at www.mypne.com until 1pm on the same day. If any tickets remain for sales on the day, prices will be adults £29, seniors £21, 18 to 23-year-olds £15, 12 to 17-year-olds £11 and four to 11-year-olds £5.
These will be available from the away ticket office from 1pm, near the corner of the Brian Clough Stand the the Bridgford Stand and it will be cash only. 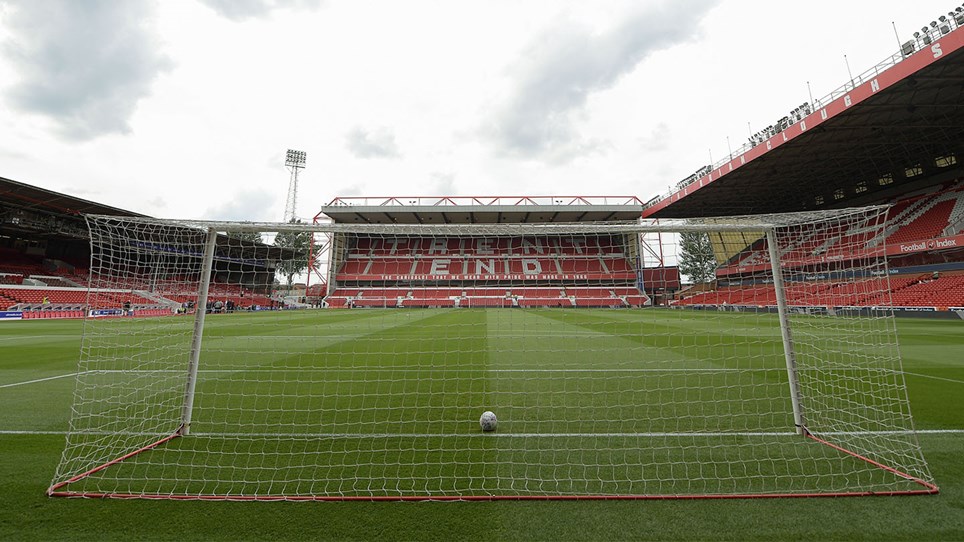 
Ticket details can now be confirmed for the trip to Nottingham Forest at the end of August.