After controversial penalty decisions, both Tuesday night’s sides will go into the game looking to get the rub of the green and the three points.

9 December 2019
Fulham felt they should have had a very late penalty in Saturday’s home defeat to Bristol City, whilst the Lilywhites have had consecutive decisions go against them in the last two games.
The late defeat to West Brom eight days ago ended the unbeaten home record, but that proud Deepdale run of results will be something Alex Neil and his team hope to return to with a positive result against Scott Parker’s side.
The Cottagers, until the weekend’s result, had seemed to have found their groove and have a squad still packed full with the majority of their Premier League assembled players of quality, including the likes of Tom Cairney and previous PNE nemesis Aleksandar Mitrović.
Closer to home, the manager will be hoping to be able to recall some of the key members of his squad that have been missing in recent weeks, such as Patrick Bauer, Ben Davies, Darnell Fisher, Paul Gallagher and Daniel Johnson.
For Your Information
Match Details: PNE v Fulham, Deepdale, Tuesday 10th December 2019, kick-off 7.45pm
Competition: EFL Championship (21/46)
PNE colours: Home kit, goalkeeper in green
Click here to buy a ticket
Here’s all the coverage accessible on PNE.Com in preview of the game…
Ticket Information: For our last midweek evening game of the calendar year, we welcome Scott Parker’s Fulham to Deepdale on Tuesday night. Click here for more information.
Match Officials: For the first time this season, taking charge of North End as referee on Tuesday night is experienced official Keith Stroud. Click here for details of all the officials.
We’ve Met Before: Preston North End entertain Fulham at Deepdale for the 33rd time when they play Scott Parker’s side on Tuesday night. Click here for more details of past battles.
How To Follow The Game: If you can’t make the trip to Deepdale for Tuesday night’s game, don’t worry, we will have full coverage on PNE.Com. Click here for details of how you can follow the match.
The One And Only Issue 13: This Tuesday night’s latest edition of The One And Only features the man who has of late been captaining the side, Alan Browne, as the main interviewee. Click here for details.
Team News: Preston North End manager Alex Neil welcomed back Andrew Hughes into the starting line-up and club captain Tom Clarke onto the bench at the weekend. Click here for details of the options.
Alex Neil Hoping To Get The Balance Back: Preston North End manager Alex Neil is looking forward to the test against Fulham on Tuesday night and hoping to be able to find a balance to his side that has been hit by injuries in recent games. Click here for the manager’s full interview.
Joe Rafferty Looking For A Swing In Momentum: Preston North End full back Joe Rafferty believes just a goal or a little bit of luck can turnaround the recent run of results. Click here for more from Joe.

A 4,623 day wait since David Nugent’s last goal for Preston North End helped the Lilywhites to a superb 2-1 home win over Fulham at Deepdale.

The striker grabbed the all-important second goal seven minutes into the second half, to add to Sean Maguire’s opener midway through the opening period in a thrilling game.
Both sides played the second 45 minutes with ten men as well, with Denis Odoi and Joe Rafferty both seeing red for separate incidents in the first half, but despite a late deflected strike from Aleksandar Mitrović, North End went back into the top six, just a point behind the third-placed Londoners.
Manager Alex Neil welcomed back commanding centre half Patrick Bauer, who partnered Paul Huntington – who himself took home the man of the match – plus he also included Nugent and Billy Bodin from the start and all three of those who came into the side were impressive in a fantastic team display.
The game began with Welshman Bodin getting an early shot away from the left edge of the penalty area, the ball deflecting behind for the corner, but it was from his delivery on 23 minutes that led to the opener.

Captain Alan Browne, who would later have to slot into right back for much of the game after the loss of Rafferty, flicked on Bodin’s outswinging left-hand corner and Maguire collected the ball with his back to goal, spun and shot low through the legs of both Alfie Mawson and Marek Rodák and into the net, for PNE’s first goal in five games.

It was almost two just minutes later as Bodin this time delivered a free kick from the right corner of the box after a foul on Brad Potts and Huntington flicked a header just wide of the left hand upright.
The Cottagers went down to ten men on 28 minutes and there was no doubting the decision of referee Keith Stroud, who consulted assistant James Mainwaring before brandishing the card to full back Odoi, who had smashed Bauer in the face on the edge of the 18-yard line for no apparent reason.
With a man advantage, the home side tried to extend the lead before the break; Bodin went close when his chip from the edge of the box after a scramble, took a ricochet wide off Mawson and then Maguire almost had his second after another brilliant ball from Bodin split the visiting defence and found the Irishman man, but Rodák saved superbly, making himself big.
But right on the 45-minute mark it was ten-a-side when Rafferty saw red for a challenge on Joe Bryan, who had come on as a substitute after Odoi’s own sending-off – again the match official was left with little choice but to make the decision.
This could have set PNE back, but they came out after the interval with intent and could have been two up within five minutes and Nugent ran straight through onto a long ball from Declan Rudd down the middle and shot, Rodák making another superb save.

But his long, long wait for a goal came and it almost lifted the roof off the Alan Kelly Town End in front of which he scored it. Potts had been put in by another excellent Bodin through ball, but once again the visiting keeper made a fine stop, only this time the ball went up into the air at the left hand post and Nugent got up above Mawson to win a header and then got onto the loose ball to fire home.

Scott Parker’s side did not give up, however, and with just over a quarter of an hour to go, Stefan Johansen rattled the cross bar with a shot from the right corner of the penalty area after Anthony Knockaert’s corner from the left.
And they got their reward – although somewhat fortuitously with nine minutes left when a deflected Mitrović shot from 15 yards out gave Rudd no chance, heading into the bottom left-hand corner – for what was Fulham’s only shot on target all night!
The final minutes were very open, substitute Josh Harrop flashed a shot across goal from a very tight angle on the left and then once again Rodák saved from another change, Tom Barkhuizen, after square ball from Harrop on left.
There was seven and a half minutes of added time played, after six had been signalled, with a déjà vu of a visit to Craven Cottage two years previous, but even with the visiting goalkeeper in the box for a final second corner, they could not get a goal and PNE took a deserved three points on a thoroughly entertaining night under the Deepdale floodlights.
PNE line-up: Rudd, Rafferty, Hughes, Pearson (Clarke, 83), Bauer, Huntington, Bodin (Harrop, 84), Browne (c), Nugent (Barkhuizen, 75), Potts, Maguire. Subs not used: Hudson, Bayliss, Ledson, Stockley.
Fulham line-up: Rodak, Odoi, Mawson (Kebano, 60), Johansen, Mitrović (c), Ream, Cavaleiro (Bryan, 32), Christie, Knockaert (De La Torre, 90), Onomah, Kamara. Subs not used: Bettinelli, O’Riley, Taylor-Crossdale, Harris.
Attendance: 10,093 (331 Fulham fans)
Referee: Mr K Stroud

For our last midweek evening game of the calendar year, we welcome Scott Parker’s Fulham to Deepdale on Tuesday night. 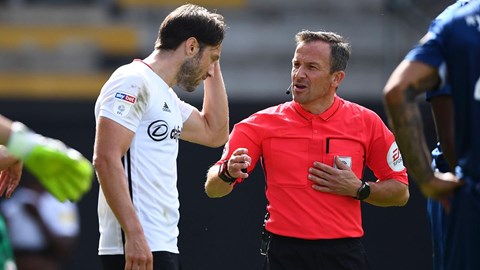 9 December 2019
Normal matchday prices apply for this game and you can click here for a full run down of the prices and concession categories on offer for league games at Deepdale.
Tickets are now on general sale from the ticket office at Deepdale, either to be loaded to your member card or via a paper ticket. For more information on member cards and their usage, click here.
We continue to offer print at home tickets, so you can buy online and print our your ticket without needing to collect on the day, click here for more information.
For those still turning up and buying on the day, purchases can be made in person at both the Sir Tom Finney ticket office and also use the Invincibles Pavilion ticket office, which can be used to buy tickets for any part of the ground, not just the Pavilion. The Sir Tom Finney ticket office is open from 9am on a matchday and the Invincibles Pavilion ticket office is open from upm.

Tickets can be purchased at Deepdale from 9am until 5pm on Monday and from 9am until half-time on Tuesday night, both in person and over the ticket hotline – 0344 856 1966. 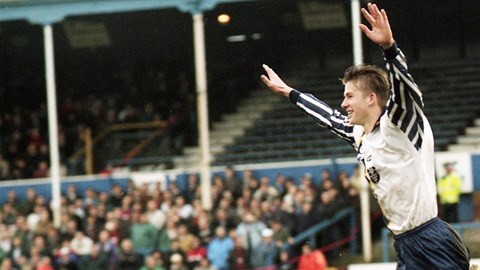 9 December 2019
Paper and print at home tickets can be purchased online at MyPNE.Com 24/7 right up until two hours before kick-off, with collections available from the Sir Tom Finney Stand collections windows, to the left of the ticket office. The online service is now fully responsive on both mobile and tablet. Or, if you have a member card, you can buy right up until kick-off on MyPNE.Com and load your ticket straight to your card!
For Cottagers fans, tickets are available on the night, there will be no increases for matchday purchases and tickets are available for visiting supporters from the away ticket office next to the Bill Shankly Kop on Lowthorpe Road, with cash and card payments accepted, which will open from 6.30pm.
For home fans travelling to the game, the Leyland shuttle bus will be in operation, pick up points and times are as follows: 6.05pm, Leyland Tesco; 6.15pm, Railway Pub Leyland; 6.25pm, Beam and Brycg Pub Bamber Bridge; arrive Deepdale, 6.55pm. Tickets are £3 for a single or £4 return.