It’s an 8pm kick-off this Tuesday night as Alex Neil’s Preston North End head to the Black Country to take on league leaders West Bromwich Albion at The Hawthorns.

24 February 2020
The hosts are ten points ahead of the Lilywhites and head the form table going into the game, with Slaven Bilic’s men looking to extend their lead at the summit of the Championship.
For the Lilywhites, Saturday’s important comeback win over Hull City put them three points clear of Bristol City, in sixth place in the table, with just one point between Fulham in third and North End in the last Play-Off slot.
Recent encounters with the Baggies will provide plenty of motivation, should it be needed, with the controversial late penalty in December the only difference between the two sides in from of the Sky Sports cameras on the night.
This time around, fans who can’t make it to the West Midlands, can watch the game live on iFollow PNE, whether you in the UK or abroad, with Guy Clarke and Tommy Spurr providing the coverage from 7.45pm, ahead of the 8pm kick-off.
For Your Information
Match Details: West Bromwich Albion v Preston North End, The Hawthorns, Tuesday 25th February 2020, kick-off 8pm
Competition: EFL Championship (35/46)
PNE colours: Green shirts, yellow shorts and socks, black goalkeeper
Click here to buy a ticket
Here’s all the coverage accessible on PNE.Com in preview of the game…
Ticket Information: Tickets remain on sale for the Lilywhites’ Tuesday night trip to face Slaven Bilic’s table-toppers West Bromwich Albion at the Hawthorns. Click here for more information.
Match Officials: It had been almost three year’s since we last saw Tuesday night’s match official when he came to Deepdale in October, but now he is in charge for the second time in six months. Click here for details of who it is.
We’ve Met Before: Preston North End’s encounter against West Bromwich Albion at the Hawthorns will be the 102nd clash between the two sides since the Football League began in 1888. Click here for more details of past battles.
How To Follow The Game: If you can’t make the trip to the Hawthorns for this Tuesday’s clash with Slaven Bilic’s West Bromwich Albion, don’t worry, we will have full coverage on PNE.Com and iFollow PNE. Click here for details of how you can follow the match.
Team News: Preston North End manager Alex Neil will be without ten-goal midfielder Daniel Johnson for Tuesday night’s trip to The Hawthorns. Click here for details of the options.
Alex Neil: ‘We Will Have To Play Very Well’: Preston North End manager Alex Neil knows his side will have to be at the top of their game as they head to The Hawthorns on Tuesday night to face the Championship leaders. Click here for the manager’s full interview.
Ben Pearson Looking For Consistency: Preston North End midfielder Ben Pearson believes consistency in results and in his own performances are the target as the Lilywhites head to the Black Country on Tuesday night. Click here for more from Ben.

Preston North End were defeated by league leaders West Bromwich Albion at The Hawthorns thanks to goals from Hal Robson-Kanu and Jake Livermore.

Former North End forward Callum Robinson was involved in both the two first half strikes, his deep cross controlled and finished well by Robson-Kanu early on, before finding the Welshman again, who chested down for skipper Livermore to add the second right on half-time.
And the chances of a second half comeback were curtailed when the visitors were reduced to ten men when Darnell Fisher went given a straight red card for a foul on former team-mate Robinson.
Manager Alex Neil was able to recall Daniel Johnson after injury and he was one of three changes, with Saturday’s match-winner Alan Browne and David Nugent also returned to the starting XI.
But it was the Baggies who grabbed an early goal when Robinson took told of the ball out by the left touchline and drove a ball into the box and Robson-Kanu chested the ball down perfectly between two defenders and fired home from ten yards out.
The visitors grew into the game and mid-way through the half some good build-up play eventually saw Johnson find Andrew Hughes on the left and he delivered a powerful deep ball that Nugent headed down but up and over the bar.
Robinson was denied twice in the space of a few minutes by Declan Rudd. Firstly, Matheus Pereira played the No.47 down the right-side of the penalty area and he got behind the defence and clipped the ball on target, with PNE’s No.1 making a smart save and then the same two combined to see Robinson run through the middle, only to be denied by the man he shared a dressing room with.

On 32 minutes, Fisher crossed from the right and Nugent with a superb header was inches wide of the right-hand post from 15 yards out.

But with 15 seconds left of normal time in the opening period, a Robinson ball in from the left again found Robson-Kanu, who chested down for Livermore to half volley into the bottom left-hand corner.
On 64 minutes the task became even harder for the Lilywhites when Fisher was shown a straight red card for a tackle on Robinson.
The home side tried to take advantage and made all three changes looking to extend their lead and Kamil Grosicki found space to create a chance for Charlie Austin from 15 yards, but Rudd made a superb save to palm over and then dealt with the corner.
Rakeen Harper also caught the bar with a long range effort in the final minute of normal time as the Baggies tried to work space by moving the ball from one side to the other, but a resolute and hard-working ten men of North End kept them at bay as the game finished 2-0.
West Bromwich Albion line-up: Johnstone, Robson-Kanu (Austin, 82), Ajayi, Krovinovic, Livermore (c), Pereira (Phillips, 72), Townsend, Harper, Hegazi, O’Shea, Robinson (Grosicki, 79). Subs not used: Bond, Furlong, Bartley, Barry.
PNE line-up: Rudd, Fisher, Hughes, Pearson, Bauer, Davies, Barkhuizen (Stockley, 84), Browne (c), Nugent (Sinclair, 78), Johnson, Maguire (Potts, 85). Subs not used: Ripley, Clarke, Gallagher, Rafferty.
Attendance: 22,150 (925 PNE fans)
Referee: Mr K Friend 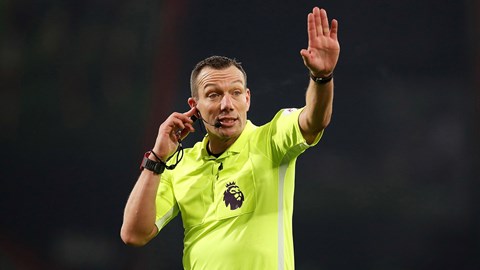 24 February 2020
Over 700 tickets have already been sold for the game, which is an 8pm kick-off and they remain available online at MyPNE.Com, by calling 0344 856 1966 or in person from the ticket office.
We have been given a full allocation of 2,000 tickets in the Smethwick End Stand and prices are as follows: Adults £20, seniors (65 and over) and 18 to 22-year-olds £15, 11 to 17-year-olds £10 and U11s £5.
There are also 17 pairs of wheelchair bay and carer tickets, these are priced at £10 with a carer ticket free of charge. Ambulant disabled supporter tickets are taken from the main allocation with prices also £10 with a carer ticket free of charge.

Coach travel is also available and is priced at £15 per person, with coaches leaving Deepdale and Leyland at 3.30pm. 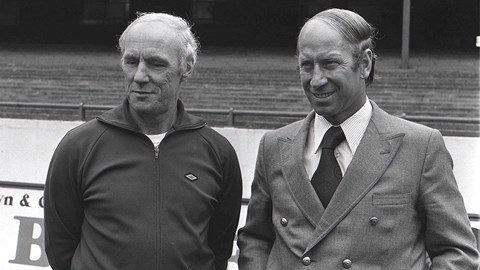 24 February 2020
Tickets will remain on sale, both in person and online until 2.30pm on the day of the game, but tickets will also be available on the night.
Sales will be from their away ticket office from 6.30pm, which is located next to the away turnstiles. Any supporters collecting tickets can also collect from the away ticket office. 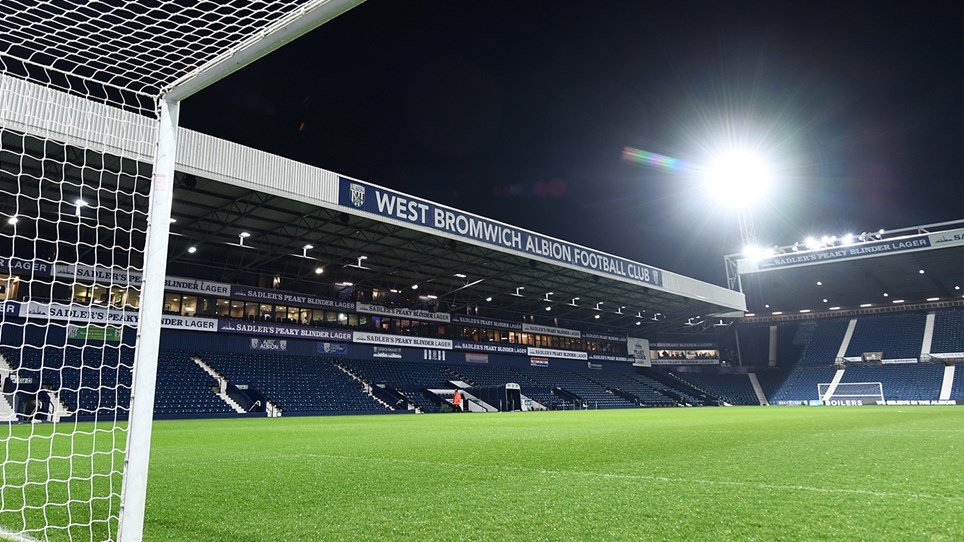 
Ticket details for our trip to West Bromwich Albion have been confirmed.