Preston North End will look to get a new decade underway with their first home win over Middlesbrough since 1972.

30 December 2019
The Lilywhites host Boro on New Year’s Day looking to get a win and return to the top six in the Championship against Jonathan Woodgate’s in-form Teesiders.
The game up at the Riverside at the beginning of October saw the sides share a point, despite Josh Harrop giving the visitors a first half lead.
Three wins on the bounce over the festive period have lifted the spirits at Middlesbrough and have been a reward for manager Woodgate’s faith in the talented group of young players at his disposal.
North End boss Alex Neil will hope to be able to recall experience to his side, with David Nugent (eye injury) and Patrick Bauer (virus) having missed the last game of 2019 against Reading on Sunday.
For Your Information
Match Details: PNE v Middlesbrough, Deepdale, Wednesday 1st January 2020, kick-off 3pm
Competition: EFL Championship (26/46)
PNE colours: Home kit, goalkeeper in green
Click here to buy a ticket
Here’s all the coverage accessible on PNE.Com in preview of the game…
Ticket Information: For our first game of 2020, we welcome Jonathan Woodgate’s Middlesbrough to Deepdale on Wednesday afternoon. Click here for more information.
Match Officials: This Wednesday we have a referee taking charge of his third game at Deepdale and also his third PNE match overall. Click here for details of all the officials.
We’ve Met Before: Preston North End welcome Middlesbrough to Deepdale for the 46th time in a league fixture this New Year’s Day. Click here for more details of past battles.
How To Follow The Game: If you can’t make it to Deepdale for this New Year’s Day clash with Middlesbrough, don’t worry, we will have full coverage on PNE.Com and iFollow PNE. Click here for details of how you can follow the match.
The One And Only Issue 16: Josh Harrop knows there is more to being a footballer than just what goes on on the football pitch. Click here for details of what he said to the matchday programme.
Team News: Preston North End manager Alex Neil will hope to have his options increased in terms of team selection on New Year’s Day. Click here for details of the options.
Alex Neil On Middlesbrough Test: Preston North End manager Alex Neil is expecting a tough game when Jonathan Woodgate’s Middlesbrough arrive at Deepdale to start the new decade on Wednesday afternoon. Click here for the manager’s full interview.
Paul Gallagher Reflects And Looks Forward: Preston North End midfielder Paul Gallagher has finished 2019 by being named in the club’s team of the decade. Click here for more from Gally.

Goals from strike partners Rudy Gestede and Ashley Fletcher – either side of half-time – gave Middlesbrough a New Year’s Day win over PNE at Deepdale.

Gestede opened the scoring five minutes before the break, hooking home after a free kick on the right wasn’t cleared and Fletcher added the second just after the hour mark, getting a block on a clearance, to take it past a stranded Declan Rudd, who had no chance.
Manager Alex Neil had made five changes before the game, with Patrick Bauer and David Nugent returning from illness and injury respectively, with Tom Barkhuizen, Darnell Fisher and Paul Gallagher also all returning to the side.
And they started brightly, with Barkhuizen found by Gallagher down the right on seven minutes, his cross pushed behind by Aynsley Pears for a corner, all after Boro skipper Daniel Ayala had lost the ball to Alan Browne in middle of the pitch.
Ayala only lasted half an hour of the game, forced off through injury, with Paddy McNair replacing him. This came as North End seemed to be building up a head of steam, however, despite starting to get on top, they were to go in behind at the interval.
McNair took a free kick on the right and it was headed up in the air. Ben Pearson tried to clear, only for a partial block on the ball to take it into the air, from which Gestede acrobatically turned it into the net with his back to goal.

The Lilywhites came out with a renewed vigour after half-time and Pearson found some space on the right-hand side and delivered a superb cross deep to the back post to where Andrew Hughes rose highest and headed back across goal, just wide of the right-hand upright.

With PNE pressing, they were susceptible to the counter and on 61 minutes they had a chance as Marcus Tavernier broke with pace before feeding Gestede in the left corner of the penalty area – he curled a powerful shot goalwards, but Rudd made a fine stop to push the ball away.
But within 60 seconds the second goal did come. An initial header through wasn’t dealt with and when Ben Davies went to clear, the ball got stuck and his attempted clearance was blocked by Fletcher, taking it past Rudd into the bottom left-hand corner from the edge of the penalty area.
Both keepers were in fine form and mid-way through the second half, Pears pushed a volley from Pearson around the post for a corner and from the resulting corner from Gallagher’s delivery, substitute Josh Harrop put the ball wide at the back post.
Two superb Rudd saves in the space of three minutes kept the deficit to two. Firstly, North End’s No.1 denied McNair’s brilliant curling effort from the left, flicking it over the bar from 30 yards, when it was heading for the top right corner and then an even better stop on 76 minutes to deny Gestede at point blank range, the striker getting a header on a left-wing cross.
The home side finally had the ball in the net with two minutes of normal time left, Harrop firing home after another substitute, Jayden Stokcley, had forced a save from Pears, after Fisher’s initial run and shot was pushed out for the No.209 to head on goal, but assistant Nick Grennhalgh’s flag was up for the striker having been offside when the initial effort from the right back had come in and the visitors maintained their unbeaten record in PR1 since the early 1970s.
PNE line-up: Rudd, Fisher, Hughes, Pearson, Bauer (Huntington, 46), Davies, Barkhuizen, Gallagher (c), Nugent (Harrop, 65), Browne (Stockley, 58), Maguire. Subs not used: Ripley, Ledson, Bodin, Potts.
Middlesbrough line-up: Pears, Ayala (c) (McNair, 34), Fry, Tavernier (Wing, 90), Clayton, Fletcher, Gestede, Howson, Johnson, Saville, Spence (Coulson, 70). Subs not used: Mejias, Wood, O’Neill, Walker.
Attendance: 13,824 (1,820 Middlesbrough fans)
Referee: Mr J Brooks

For our first game of 2020, we welcome Jonathan Woodgate’s Middlesbrough to Deepdale on Wednesday afternoon. 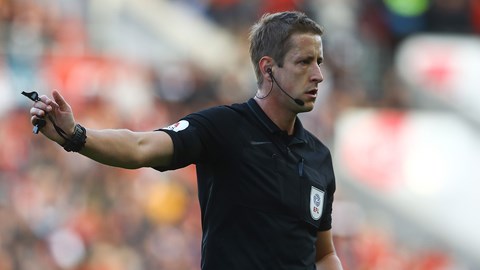 30 December 2019
Normal matchday prices apply for this game and you can click here for a full run down of the prices and concession categories on offer for league games at Deepdale.
Tickets are now on general sale from the ticket office at Deepdale, either to be loaded to your member card or via a paper ticket. For more information on member cards and their usage, click here.
This season we are also offering print at home tickets, so you can buy online and print our your ticket without needing to collect on the day, click here for more information.
For those still turning up and buying on the day, purchases can be made in person at both the Sir Tom Finney ticket office and also use the Invincibles Pavilion ticket office, which can be used to buy tickets for any part of the ground, not just the Pavilion. The Sir Tom Finney ticket office is open from 9am on a matchday and the Invincibles Pavilion ticket office is open from 1pm. 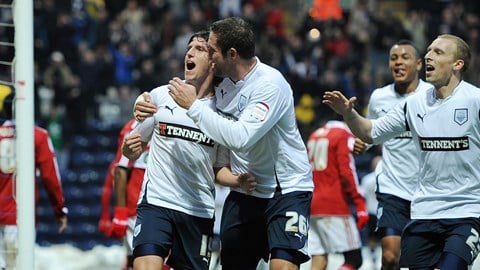 30 December 2019
Paper and print at home tickets can be purchased online at MyPNE.Com 24/7 right up until two hours before kick-off, with collections available from the Sir Tom Finney Stand collections windows, to the left of the ticket office. The online service is now fully responsive on both mobile and tablet. Or, if you have a member card, you can buy right up until kick-off on MyPNE.Com and load your ticket straight to your card!
For Boro fans, tickets are available on the day, there will be no increases for matchday purchases and tickets are available for visiting supporters from the away ticket office next to the Bill Shankly Kop on Lowthorpe Road, with cash and card payments accepted, which will open from 1.30pm.
For home fans travelling to the game, the Leyland shuttle bus will be in operation, pick up points and times are as follows: 1.20pm, Leyland Tesco; 1.30pm, Railway Pub Leyland; 1.40pm, Beam and Brycg Pub Bamber Bridge; arrive Deepdale, 2.10pm. Tickets are £3 for a single or £4 return.