North End face Middlesbrough for the 100th time in competitive action when they head to the Riverside Stadium on Tuesday night.

Preston North End took a hard-earned point from their midweek trip to face Jonathan Woodgate’s Middlesbrough at the Riverside Stadium, extending their unbeaten run to seven games in the process.

Josh Harrop opened the scoring from close range after Alan Browne’s shot came off the post five minutes before half-time, but the lead only lasted 90 seconds, as Paddy McNair’s cross was turned into his own net by Darnell Fisher under pressure from Britt Assombalonga.
The Lilywhites had made one change from the weekend’s draw with Bristol City, Browne in for Gallagher, The Irishman skippering the side.
The game had a slow start, but Declan Rudd made a fine save on ten minutes from Marcus Browne’s shot from 15 yards out, after good hold up play by Assombalonga.
The yellows were left frustrated on the 20 minute mark as Tom Barkhuizen seemed to have got the wrong side of Dani Ayala, the home captain, in the box and was brought down for what appeared to be the sixth penalty awarded this season, however, referee Darren England saw nothing wrong.
The hosts had another good chance as a cross from McNair hit the post, came out, hit Assombalonga and was eventually cleared by Patrick Bauer.
North End grew into the game and Browne saw a header cleared off the line from Harrop’s corner by Jonny Howson, but this was a prelude to the opener.

It was excellent build-up play as Ben Pearson found Fisher on the overlap; the No.2 played the ball into the box where it was held up by Daniel Johnson for Browne to shoot, the ball coming back off the foot of the left-hand post falling to Harrop in the six-yard box to poke home into the empty net.

The lead would last less than two minutes, however, as McNair was found on the right hand byline and he drove across a ball that hit Darnell Fisher under pressure from Assombalonga and the defender could do nothing to keep the ball out.
David Nugent was introduced, against his former employers with just over ten minutes of the second half gone, but the first action after that was Rudd making a fine save to deny a snap shot from Marcus Tavernier from taking the lead for Boro.
With just over 20 minutes left a great opportunity fell to Johnson after Barkhuizen had raced away down the right onto a Maguire through ball, the winger taking his time to pick out the run of the No.11, but he skewed his shot wide of the left-hand post from 15 yards out.
Paul Gallagher and Brad Potts were also added for the last ten minutes in search of a winner for the visitors, Johnson and Barkhuizen giving way, but they were not able to force a goal and had to settle for a point.
Middlesbrough line-up: Randolph, Dijksteel, Ayala (c), Shotton, Fry, Tavernier, Clayton, Assombalonga (Fletcher, 80), M Browne (M Johnson, 80) Howson, McNair. Subs not used: Saville, Wing, Bola, Walker, Pears.
PNE line-up: Rudd, Fisher, Rafferty, Pearson, Bauer, Davies, Harrop (Nugent, 56), Browne (c), Barkhuizen (Potts, 81), Johnson (Gallagher, 81), Maguire. Subs not used: Ripley, Gallagher, Storey, Ginnelly, Ledson, Potts.
Attendance: 17,961 (330 PNE fans)
Referee: Mr D England

Tickets remain on sale for Tuesday night’s clash with Jonathan Woodgate’s Middlesbrough at the Riverside Stadium. 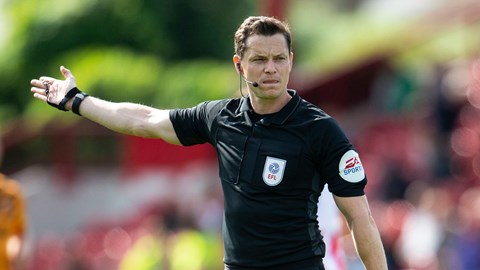 30 September 2019
The Lilywhites have been give an initial allocation of 497 tickets in the upper tier of the East Stand, with prices as follows: Adults £30, seniors (65 and over) £20 and U18s £17.
There are also 12 pairs of wheelchair disabled and carer tickets, with prices as per the age bands above with a carer ticket free of charge. These are located in the lower tier of the East Stand, away from the main allocation.

Coach travel will also be available and is priced at £15 per person with coaches departing Deepdale and Leyland at 3.15pm. 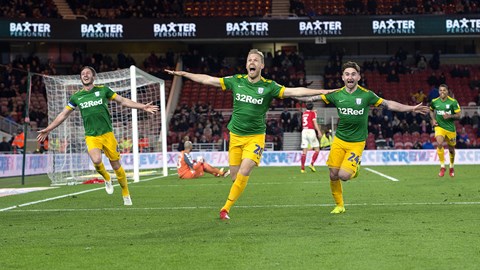 We’ve Met Before: Middlesbrough Away

30 September 2019
Middlesbrough will be selling tickets on Tuesday night for PNE fans, which are available as cash only at the visitors’ ticket office from 6pm. Any supporters collecting tickets can also collect from there on arrival of the visiting team bus.
Tickets will remain on sale at Deepdale, over the phone on 0344 856 1966 and online at www.mypne.com until 1.30pm on the day of the game. 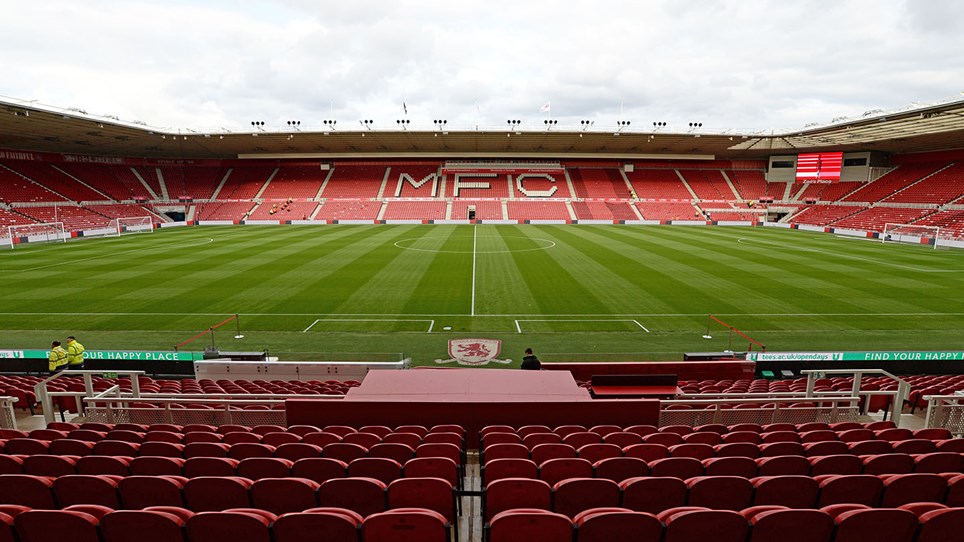 
Ticket details have been confirmed for our trip to Middlesbrough next month.