Preston North End and Barnsley meet at Deepdale for the first time in two years, with both sides keen to go into the international break on the back of a positive result.

3 October 2019
The Lilywhites will want to add three points to their early season haul, making it eight games unbeaten before the two week lay-off, following on from consecutive draws with Bristol City and Middlesbrough.
Barnsley meanwhile will have been buoyed by their last minute equaliser against Derby County at Oakwell in midweek and will bring the confidence of that to PR1.
Their young squad has impressed with its energy and attacking approach so far this season and they will be a dangerous team who play with no fear.
It is the 26th game in the league between the two teams at Deepdale and the winner will go ahead in the head-to-head of all league battles with 19 wins apiece from the 50 games played home and awayl
For Your Information
Match Details: PNE v Barnsley, Deepdale, Saturday 5th October 2019, kick-off 3pm
Competition: EFL Championship (11/46)
PNE colours: Home kit, goalkeeper in green
Click here to buy a ticket
Here’s all the coverage accessible on PNE.Com in preview of the game…
Ticket Information: For our last game before the second international break of the season, we welcome Daniel Stendel’s Barnsley to Deepdale at the weekend. Click here for more information.
Match Officials: The match official for Saturday’s clash with Daniel Stendel’s Barnsley at Deepdale is experienced referee Gavin Ward. Click here for details of all the officials.
We’ve Met Before: Preston North End will look to eek ahead in the head-to-head this weekend when they entertain Barnsley at Deepdale. Click here for more details of past battles.
How To Follow The Game: If you can’t make it to Deepdale for this weekend’s clash with Barnsley, don’t worry, we will have full coverage on PNE.Com and iFollow PNE. Click here for details of how you can follow the match.
The One And Only Issue Eight: Brad Potts hit the ground running when he came to PNE from Saturday’s opponents Barnsley – and he is determined to recreate that form this season, as he explained to The One And Only ahead of the game. Click here for details.
Team News: Manager Alex Neil will be forced into at least one change this weekend as Darnell Fisher misses the game after accumulating five bookings. Click here for details of the options.
Alex Neil Ready To Face Former Club: Preston North End manager is looking forward to coming up against the club who helped him ‘become a man’, when he takes his side against Barnsley this weekend. Click here for the manager’s full interview.
Paul Gallagher Wants To Turn Good Start Into Excellent One: Preston North End midfielder Paul Gallagher is looking to this weekend’s game with Barnsley as a chance to strengthen a place in the top six. Click here for more from Gally.

A superb second half display by Preston North End blew away Daniel Stendel’s Barnsley at Deepdale as they ran out 5-1 winners.

Daniel Johnson opened the scoring with somewhat of a rarity from him, a headed goal, looping the ball over Barnsley’s goalkeeper after Tom Barkhuizen’s initial shot had been saved.
However, the visitors drew level just before half-time when Cameron McGeehan fired home inside the six-yard box after Conor Chaplin had pulled back a deep corner onto the shins of a defender, before it fell to the scorer.
The second period, however, was one-way traffic as three goals in 13 minutes put the game to bed. Barkhuizen finished off Johnson’s excellent run and pass, Johnson himself added his second from Paul Gallagher’s lofted through ball, before Ben Pearson scored for the first time in over three years to make it 4-1.
Substitute Josh Harrop added a fifth with a beautifully weighted chip just after coming on as the Lilywhites went into the international break eight unbeaten in the Championship.
For the Lilywhites, Alex Neil made two changes to the side that took a point from Middlesbrough in midweek, David Nugent making his first start for the club since May 2007 and Gallagher returning to skipper the side.
Alan Browne was playing right back and on eight minutes he found Johnson who cut inside and forced a save from Brad Collins from 25 yards, with Sean Maguire unable to quite make a true connection with the follow up with a bouncing ball.
Collins was in fantastic form in the first half and denied Maguire a hat-trick. On 17 minutes he made a superb save from Maguire after a pull back from Johnson who took ball from Barkhuizen down the right.
Mid-way through the half, Joe Rafferty put over a driven cross from the left and Nugent met the ball with a powerful header which ended up just over the bar after a period of PNE pressure.

But the opener came on 31 minutes as Nugent found Barkhuizen on the right, the No.29’s shot was saved and DJ looped a header over Collins and into the top right-hand corner.

Another Brilliant save from Collins kept it at just one again denying Maguire after another pull back from Johnson on the left, but before half-time the Tykes were level.
It came two minutes before the interval as McGeehan poked home from pull back by Chaplin after corner from left was allowed to go through to the winger to pull the ball back off a defender and into path of the goalscorer.
It took just five minutes after half-time to go ahead again. It was excellent play on the left as Gallagher cushioned a header for Maguire to send Johnson away down the left and he pulled the ball across for Barkhuizen who took it in his stride, drew Collins off his line and slid the ball into the bottom right-hand corner from 15 yards out.
On the hour mark a glorious chance fell the way of Nugent to get his first goal back at the club after some scintillating build-up play eventually seeing Barkhuizen whip over a cross that was flicked on by Maguire, but the No.35 couldn’t get his shot on target at the back post.

But within 60 seconds it was 3-1 and it was Johnson again. Browne’s throw in was flicked on by Nugent and Gallagher lofted the ball in behind the Barnsley backline for the No.11 to run through and curl the ball left-footed under Collins into the bottom left -hand corner of the Alan Kelly Town End goal.

And it was four two more minutes later and wow, what a goal! It started in PNE’s own box as Davies headed out to Rafferty, who in turn headed on to Johnson, who again headed on for Barkhuizen. The winger raced down the left – at this point Pearson was 20 yards in side his own half – as the No.29 raced down the left away from Jordan Williams, the midfielder was making up ground as Barky reached the box and pushed the ball across the six-yard box, Pearson appeared and slammed home for his first goal since October 2016.
Harrop and Jayden Stockley came on for Nugent and Maguire and with one of his first touches Harrop made it five. It was great pressing as Johnson forced Toby Sibbick into a mistake and then Harrop closed down the defender and lofted a lovely chip over Collins before making sure it crossed the line.
Another sub, Brad Potts - against his former club - almost added a cherry to the cake in the four minutes of stoppage time as he chipped Collins on the volley from 25 yards after Johnson's delicious through ball from the left touchline. And there was even time for Stockley to meet a Gallagher cross, but it remained five despite Potts having another shot deflected over as PNE ended in rampant style.
PNE line-up: Rudd, Browne, Rafferty, Pearson, Bauer, Davies, Barkhuizen (Potts, 82), Gallagher (c), Nugent (Harrop, 73), Johnson, Maguire (Stockley, 74). Subs not used: Hudson, Storey, Ginnelly, Ledson.
Barnsley line-up: Collins, J Williams (Green, 81), B Williams, Brown (Wilks 55), McGeehan, Woodrow, Bӓhre (Styles, 68), Chaplin, Sibbick, Halme, Mowatt. Subs not used: Walton, Andersen, Thomas, Pinillos.
Attendance: 12,431 (1,339 Barnsley fans)
Referee: Mr G Ward

For our last game before the second international break of the season, we welcome Daniel Stendel’s Barnsley to Deepdale at the weekend. 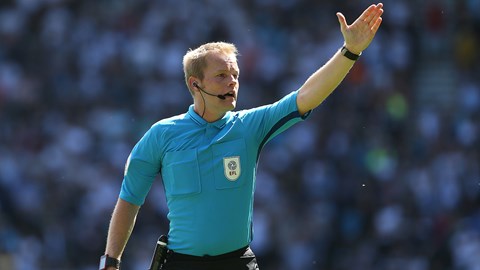 3 October 2019
Normal matchday prices apply for this game and you can click here for a full run down of the prices and concession categories on offer for league games at Deepdale.
Tickets are now on general sale from the ticket office at Deepdale, either to be loaded to your member card or via a paper ticket. For more information on member cards and their usage, click here.
This season we are also offering print at home tickets, so you can buy online and print our your ticket without needing to collect on the day, click here for more information.
For those still turning up and buying on the day, purchases can be made in person at both the Sir Tom Finney ticket office and also use the Invincibles Pavilion ticket office, which can be used to buy tickets for any part of the ground, not just the Pavilion. The Sir Tom Finney ticket office is open from 9am on a matchday and the Invincibles Pavilion ticket office is open from 1pm.

3 October 2019
Paper and print at home tickets can be purchased online at MyPNE.Com 24/7 right up until two hours before kick-off, with collections available from the Sir Tom Finney Stand collections windows, to the left of the ticket office. The online service is now fully responsive on both mobile and tablet. Or, if you have a member card, you can buy right up until kick-off on MyPNE.Com and load your ticket straight to your card!
For Tykes fans, tickets are available on the day, there will be no increases for matchday purchases and tickets are available for visiting supporters from the away ticket office next to the Bill Shankly Kop on Lowthorpe Road, with cash and card payments accepted, which will open from 1.30pm.
For home fans travelling to the game, the Leyland shuttle bus will be in operation, pick up points and times are as follows: 1.20pm, Leyland Tesco; 1.30pm, Railway Pub Leyland; 1.40pm, Beam and Brycg Pub Bamber Bridge; arrive Deepdale, 2.10pm. Tickets are £3 for a single or £4 return.