North End head to St Andrew’s this weekend looking to further cement a place in the top six and also record their first away win of the season.

19 September 2019
The last away game, before the international break, saw the Lilywhites put on an impressive performance and take a point away from the City Ground after a 1-1 draw with Nottingham Forest.
They then returned from the break with a 2-0 home win over Brentford, whilst Saturday’s hosts were picking up a very good three points on the road at high-flying Charlton Athletic, with 16-year-old Jude Bellingham grabbing the headlines for Pep Clotet’s side.
The young forward have impressed since coming into the side and given the Blues a real impetus that has seen them – like North End – start the season with four wins from their opening seven games, sitting eighth on the same points as fifth placed PNE.
The two sides have traded blows over recent seasons, with Alex Neil’s men winning in the second city two year’s ago this week, and – what was then Garry Monk’s City – winning 3-0 last season. So it should be another competitive game this season.
For Your Information
Match Details: Birmingham City v Preston North End, St Andrew’s, Saturday 21st September 2019, kick-off 3pm
Competition: EFL Championship (8/46)
PNE colours: Home kit, green goalkeeper
Click here to buy a ticket
Here’s all the coverage accessible on PNE.Com in preview of the game…
Ticket Information: Tickets remain on sale for the Lilywhites’ trip to face Birmingham City at St Andrew’s this weekend, with over 1,200 already sold. Click here for more information.
Match Officials: For the first time this season the Lilywhites see a referee for the second time, with Steve Martin the man in the middle for our trip to St Andrews on Saturday. Click here for details of who it is.
We’ve Met Before: Preston North End face their 45th away league game against Birmingham City when they travel to St Andrew’s this weekend. Click here for more details of past battles.
How To Follow The Game: If you can’t make the trip to St Andrew’s for this Saturday’s clash with Pep Clotet’s Birmingham City, don’t worry, we will have full coverage on PNE.Com and iFollow PNE. Click here for details of how you can follow the match.
Team News: It’s all good news for manager Alex Neil as he looks to prepare his team for the trip to Birmingham City this weekend. Click here for details of the options.
Alex Neil Looking For His Team To Adapt: Preston North End manager Alex Neil is expecting a different sort of test for his side this weekend to last, as they line up against Pep Clotet’s Birmingham City at St Andrew’s. Click here for the manager’s full interview.
Declan Rudd Says Team Need To Inspire Young Fans: Preston North End goalkeeper says the squad need to continue working hard and winning games to inspire the next generation of supporters to Deepdale. Click here for more from Dec.

A solitary first half goal from Sean Maguire gave North End their first away league win of the season against Pep Cotet’s Birmingham City at St Andrew’s.

The winner came mid-way through the first half as Maguire found the net from a narrow angle after Gallagher’s 25-yard free kick had been tipped onto the post by Lee Camp.
Alex Neil had made four changes, with Hughes back from injury, in the side along with Josh Harrop, the aforementioned Gallagher and Ben Pearson – back after illness.
It was a very tactical first half, but the Lilywhites had a strong early shout for a penalty as Maguire was pushed over in the penalty area by Harlee Dean, however, referee Steve Martin saw nothing wrong.

But the goal came on 23 minutes. Maguire was brought down by Dean and this time a free kick was awarded. It was just to the left of centre and Gallagher curled it low, under the wall, heading for the bottom right corner until Camp got a finger-tip touch to take it onto the post, but it ricocheted across the face of the goal and Maguire reacted first slamming home left-footed from a very tight angle.

With 25 minutes left the visitors almost worked a second as a throw in from Fisher found Johnson, who reversed a ball for Harrop to cut inside the box and he pulled the ball across for Tom Barkhuizen, but he couldn’t quite connect with a swept shot and Camp collected.
With 12 minutes to go a hugely controversial 30 seconds as firstly Maguire was fouled in the penalty area for a clear penalty that wasn’t awarded and then Birmingham broke and one substitute Jacques Maghoma crossed for another change Alvaro Gimemez to slam home from close range, only for assistant Mark Jones’ flag to go up.
But despite nearly ten minutes of added time the team took the win and moved into the top three, just a point behind leaders Leeds United.
Birmingham City line-up: Camp, Pedersen, Roberts, Colin, Crowley, Jutkiewicz, Dean (c), Mrabti (Gimenez, 61), Bellingham (Maghoma, 61), Davis (Villalba, 79), Sunjic. Subs not used: Stockdale, Harding, Clarke-Salter, Gardner.
PNE line-up: Rudd, Fisher (Rafferty, 89), Hughes, Pearson, Bauer, Davies, Harrop, Gallagher (c) (Browne, 82), Barkhuizen (Potts, 83), Johnson, Maguire. Subs not used: Ripley, Storey, Ledson, Stockley.
Attendance: 20,806 (1,518 PNE fans)
Referee: Mr S Martin

Tickets remain on sale for the Lilywhites’ trip to face Birmingham City at St Andrew’s this weekend, with over 1,300 already sold. 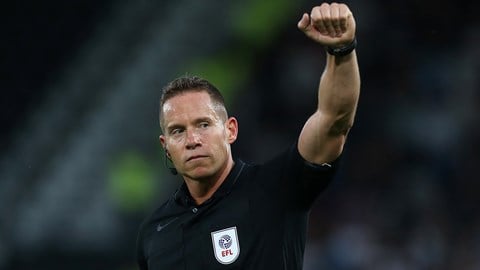 Ambulant disabled supporter tickets are taken from the standard allocation and prices are as above with a carer ticket free of charge where required.

We’ve Met Before: Birmingham City Away

19 September 2019
Please be aware that all supporters under the age of 15 must be accompanied by an adult or they will be refused entry at the turnstiles.
Coach travel is also available and is priced at £15 per person with coaches departing Deepdale and Leyland at 11am.
Birmingham City have confirmed that there will NOT be sales on the day; meaning fans must purchase in advance, with tickets remaining on sale at Deepdale until 5pm on Friday 20th September.
Those ordering and needing to collect tickets at St Andrew's, can do so from the away turhstiles, with tickets available after the arrival of the visiting supporters' coaches, at approximately 1.30pm. 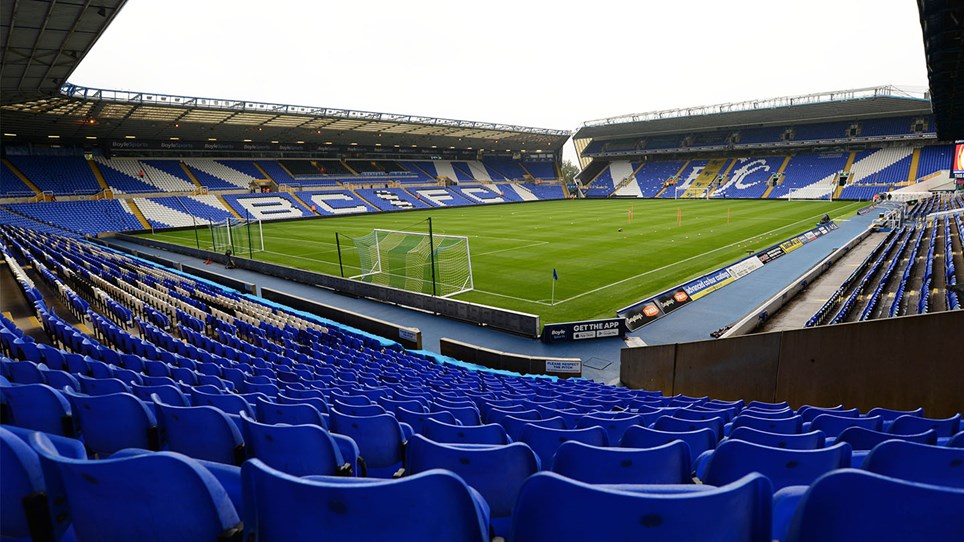 
Ticket details have now been confirmed for the trip to Birmingham City in September.