To in-form sides meet at Deepdale on Saturday, with Bristol City – unbeaten in seven – visit PR1 in one of the games of the day in the Championship.

26 September 2019
North End sit third, a point off the top spot, with the Robins not far behind and Lee Johnson will be looking for his side to continue their run.
The two sides have had plenty of battles in recent seasons, with last year’s clash ending all-square here in Lancashire, with North End taking all three points down at Ashton Gate.
There are familiar faces in the Robins squad with Bailey Wright getting closer to a return after a thigh problem, whilst Josh Brownhill should captain the side, if the Australian doesn’t return to the starting XI.
With three games in a week before the next international break, Alex Neil will be looking for his side to start the trio of fixtures with a positive result and keep the pressure on the top two.
For Your Information
Match Details: PNE v Bristol City, Deepdale, Saturday 28th September 2019, kick-off 3pm
Competition: EFL Championship (9/46)
PNE colours: Home kit, goalkeeper in green
Click here to buy a ticket
Here’s all the coverage accessible on PNE.Com in preview of the game…
Ticket Information: This weekend the Lilywhites entertain Lee Johnson’s Bristol City at Deepdale, looking to keep up the side’s excellent start to the season. Click here for more information.
Match Officials: Making his first trip to Deepdale this season is a match official we have not seen for 12 months, with Andy Davies appointed as referee. Click here for details of all the officials.
We’ve Met Before: Preston North End host Bristol City for the 43rd time in league competition at Deepdale this weekend. Click here for more details of past battles.
How To Follow The Game: If you can’t make it to Deepdale for this weekend’s clash with Bristol City, don’t worry, we will have full coverage on PNE.Com and iFollow PNE. Click here for details of how you can follow the match.
The One And Only Issue Seven: The cover star for this weekend’s clash with Bristol City at Deepdale is Irish international striker Sean Maguire. Click here for details.
Team News: Manager Alex Neil will hope to recall a number of players to his side for Saturday’s visit of Lee Johnson’s Bristol City to Deepdale. Click here for details of the options.
Alex Neil Prepared For Robins Test: Preston North End manager Alex Neil is expecting a big test from in-form Bristol City when Lee Johnson brings his side to Deepdale this weekend. Click here for the manager’s full interview.
Joe Rafferty Enjoying A Run In The Side: Preston North End full back Joe Rafferty has impressed since his involvement in the side this season and he is enjoying his chance. Click here for more from Joe.

Heavy rain fell for large parts of the game, but the two sides still put on a show as North End came from 2-0 and 3-2 down to take a point.
Taylor Moore and Andreas Weimann gave the Robins a two goal lead inside 37 minutes, but a penalty apiece for Paul Gallagher and Daniel Johnson either side of half-time drew the Lilywhites level.
Lee Johnson’s men went back in front on the hour mark, but Patrick Bauer earned the home side a point with his first goal for the club, powering a header home from Joe Rafferty’s left-wing cross.
The visitors started brightly as former North Ender and his side’s skipper Josh Brownhill put over a corner that Antonie Semenyo fired goalwards, Declan Rudd. And shortly after the PNE No.1 was again needed to make a save from Tommy Rowe’s header, getting on the end of a cross from his fellow wing back on the right, Jack Hunt.
The first good move of the game for the home side came on the 15 minute mark as a great move down the left by Tom Barkhuizen, saw him get free and run towards box, finding Josh Harrop who in turn laid it on for Sean Maguire, who fired from 15 yards, but into the side-netting off the outside of the post.
City went in front on 29 minutes as a corner from the left by Rowe saw Moore fire home from close range, with Rudd angered by what he felt was a foul from the central defender.
And the stopper was even more upset for the second, which came eight minutes later, as Moore seemed to push Johnson into Rudd, putting him on the floor, with Weimann heading home Brownhill’s corner.
But PNE were back in the game in first half stoppage time, Daniel Johnson was fouled by Han-Noah Massengo and Paul Gallagher drilled home the resulting penalty under Daniel Bentley to reduce the deficit going into the interval.

And within six minutes of the restart they found themselves level as another penalty was awarded by referee Andy Davies, as Barkhuizen’s cross was blocked by both arms of defender Ashley Williams.

This time Johnson stepped up, sending Bentley the wrong way and coolly stroking the ball into the bottom right-hand corner of the Alan Kelly Town End goal.
On the hour mark the Robins went back in front again, however, and it came from another set piece. This time Brownhill’s free kick was headed on target by Williams, Rudd making the save, but another defender Nathan Baker fired home from ten yards out.
The goals kept flowing and with 20 minutes left North End were back level. A corner on the left was played short by Johnson to Rafferty, who opened up space and delivered a deep high ball to PNE’s German centre half at the back post and Bauer powered home his first goal for the club.
The manager put on Alan Browne, David Nugent - for his first run out in the league – and Josh Ginnelly to try and force a winner and in the closing stages the game opened up with the best chance coming as Barkhuizen laid the ball for Browne to strike a vicious shot on target, but Baker threw his body at it and forced it behind for the corner as both teams had to settle with a point to extend their respective unbeaten runs.
PNE line-up: Rudd, Fisher, Rafferty, Pearson, Bauer, Davies, Harrop (Nugent, 62), Gallagher (Browne, 62), Barkhuizen, Johnson, Maguire (Ginnelly, 80). Subs not used: Ripley, Storey, Ledson, Potts.
Bristol City line-up: Bentley, Hunt, Baker, Brownhill (c), Weimann, Semenyo (Diedhiou, 57), Moore (Watkins, 57), Rowe, Williams, Messengo, Palmer (O’Dowda, 62). Subs not used: Maenpaa, Wright, Eliasson, Pereira.
Attendance: 12,005 (735 Bristol City fans)
Referee: Mr A Davies

This weekend the Lilywhites entertain Lee Johnson’s Bristol City at Deepdale, looking to keep up the side’s excellent start to the season. 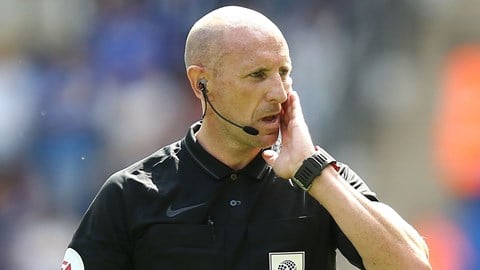 26 September 2019
Normal matchday prices apply for this game and you can click here for a full run down of the prices and concession categories on offer for league games at Deepdale.
Tickets are now on general sale from the ticket office at Deepdale, either to be loaded to your member card or via a paper ticket. For more information on member cards and their usage, click here.
This season we are also offering print at home tickets, so you can buy online and print our your ticket without needing to collect on the day, click here for more information.
For those still turning up and buying on the day, purchases can be made in person at both the Sir Tom Finney ticket office and also use the Invincibles Pavilion ticket office, which can be used to buy tickets for any part of the ground, not just the Pavilion. The Sir Tom Finney ticket office is open from 9am on a matchday and the Invincibles Pavilion ticket office is open from 1pm. 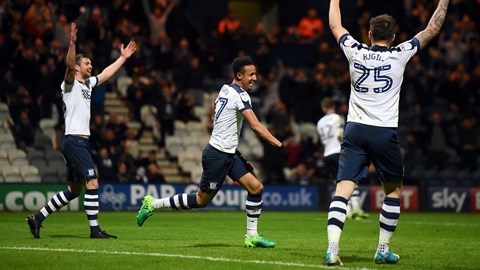 26 September 2019
Paper and print at home tickets can be purchased online at MyPNE.Com 24/7 right up until two hours before kick-off, with collections available from the Sir Tom Finney Stand collections windows, to the left of the ticket office. The online service is now fully responsive on both mobile and tablet. Or, if you have a member card, you can buy right up until kick-off on MyPNE.Com and load your ticket straight to your card!
For Robins fans, tickets are available on the day, there will be no increases for matchday purchases and tickets are available for visiting supporters from the away ticket office next to the Bill Shankly Kop on Lowthorpe Road, with cash and card payments accepted, which will open from 1.30pm.
For home fans travelling to the game, the Leyland shuttle bus will be in operation, pick up points and times are as follows: 1.20pm, Leyland Tesco; 1.30pm, Railway Pub Leyland; 1.40pm, Beam and Brycg Pub Bamber Bridge; arrive Deepdale, 2.10pm. Tickets are £3 for a single or £4 return.