Preston North End will, on Saturday, look to achieve something they have never done before at first team level and win twice at St Andrews, when they face Mark Robins’ Coventry City at their temporary home.

The Sky Blues, who have virtually ensured their Championship survival with three excellent straight wins against Rotherham United, Barnsley and then on Wednesday night at Stoke City, will return to the Ricoh Arena in 2021/22 and have just two games left in the second city.

North End did the same on Tuesday night, all but mathematically ensuring their Championship status with a 3-0 home win over relegation threatened Derby County and they will be looking to continue to build on the foundations that Frankie McAvoy has created in his role as interim head coach.

The final Saturday 3pm away game of the season (with Nottingham Forest being a 12.30pm kick-off on the final day) will be one the Lilywhites hope to add to their positive away form, with two clean sheets against Swansea City and Stoke City since the change of manager.

Team News
There are no new concerns for Frankie McAvoy ahead of the team’s second trip to St Andrews this season, although Daniel Johnson could still miss out after suffering a set back with his calf.

In Wednesday’s win at Stoke, Mark Robins made two changes from the previous weekend’s win, with Matty Godden and Callum O’Hare starting in place of former PNE loanee Matty James and Max Biamou.

That meant City retained the same back six from the win against Barnsley with Ben Wilson in goal, Julien Dacosta and Sam McCallum at wing back and Leo Ostigard, Kyle McFadzean and Dom Hyam at centre back.

Captain Liam Kelly and Gus Hamer joined O’Hare in midfield with Godden and Tyler Walker leading the line in the 3-2 success. 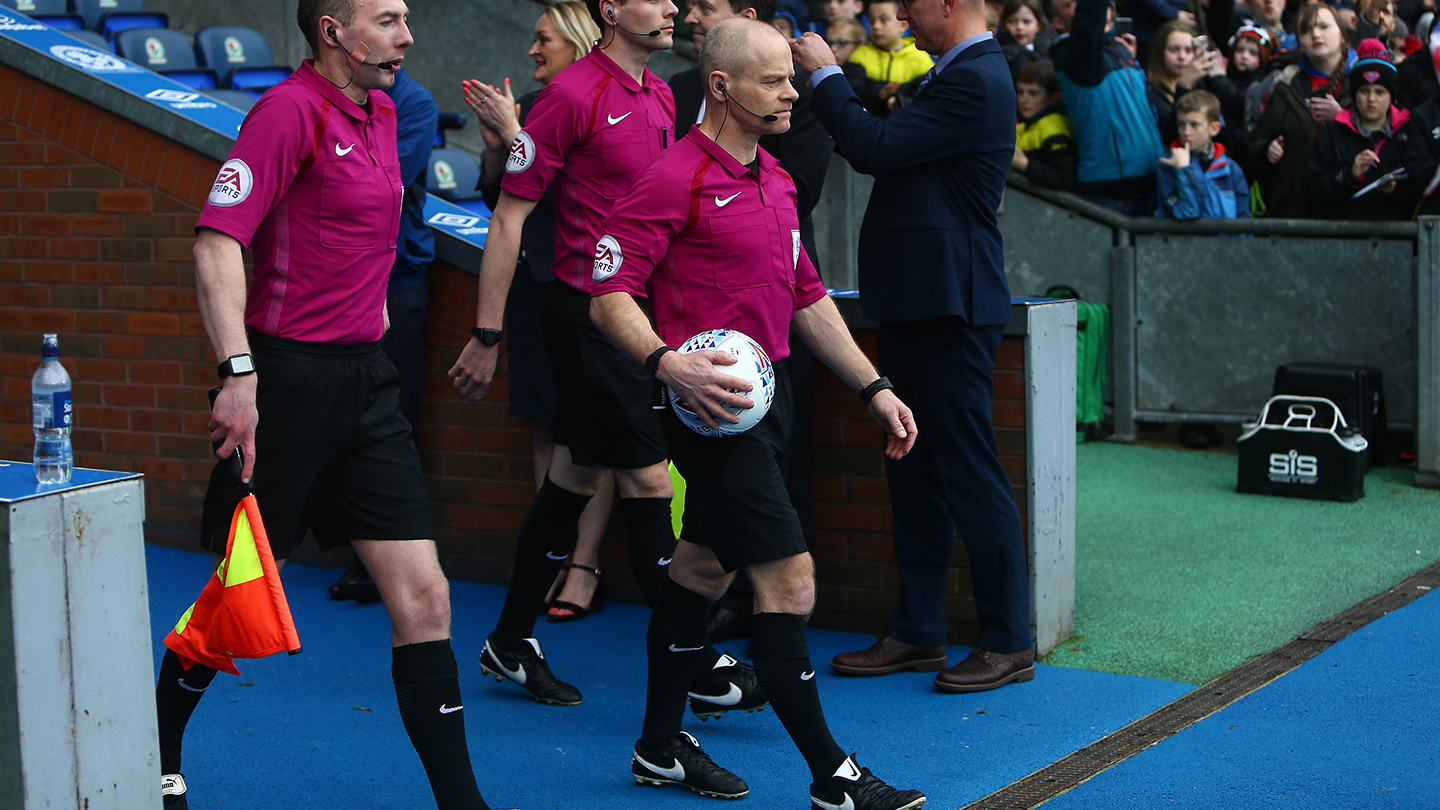 Match Officials
For the first time in two and a half years, experienced referee Andy Woolmer will take charge of a Lilywhites game on Saturday.

His last game was a very memorable one, as it took place at Ipswich Town in November 2018, when Paul Gallagher scored and went in goal in the same game, after Chris Maxwell’s red card!

That was his first North End game since the final day of 2016, when we drew 1-1 with Sheffield Wednesday at Deepdale, so he has not been a regular official for the North End – with two in five years.

However, that Owls game was one of four games that Woolmer took charge of a PNE game in the first half of the 2016/17 season; as well as overseeing the points being shared with Wednesday, the Northamptonshire-based official also took charge of our EFL Cup win over Hartlepool United early in the campaign, late September's 2-2 draw at Birmingham City and November’s 3-1 win at Rotherham United that year.

His last trip to St Andrews was to take charge of Birmingham in March, whilst he has refereed the Sky Blues three times, two away defeats and a goalless draw at home to Luton Town in December

So far this season he has officiated 30 games, issuing 88 cautions and just one red card. This Saturday he will be assisted by Graham Kane and Michael George, whilst experienced Championship referee David Webb will act as the fourth official.

Jonathan Breeze and a co-commentator are on commentary duties, with replays, graphics and coverage from St Andrews from approximately 2.30pm on Saturday afternoon.

Linked Stories
Frankie McAvoy: “I Can’t Ask For Any More” - Preston North End interim head coach Frankie McAvoy has been delighted with what he has got from the players since he was handed the role back in March. Click here for the full interview.

A Match To Remember: Back on almost the same week in 2007, North End picked up a big win on the road on a sunny afternoon at the Ricoh Arena against Iain Dowie's Coventry City. Click here for the details.

Ben Whiteman Looking To Add To First Goal: Preston North End midfielder Ben Whiteman is hoping that having got his first goal for the club in Tuesday’s win over Derby County, he can add more before the end of the season. Click here for Ben’s thoughts.

Browne converted from 12 yards after Ched Evans had been brought down by goalkeeper Ben Wilson, who was lucky to stay on the pitch and also very lucky not have conceded a second just minutes earlier, but the goal gave PNE a 1-0 win.

Interim head coach Frankie McAvoy made one change from the previous Tuesday’s thumping home win over Derby County, with Sean Maguire starting in attack, alongside Evans, with Tom Barkhuizen dropping back to play in the left wing back role; Greg Cunningham dropping to the bench.

The hosts made four changes from their win at Stoke City, with two injuries seeing former PNE loanee Matty James come back into the middle of the pitch and Mark Robins rotated his frontmen, with Tyler Walker and Matty Gooden replaced by Max Biamou and Viktor Gyӧkeres.

The opening 15 minutes was played, in the main, in the middle third, with neither side getting the upper hand, but on the quarter hour mark Evans had a strong shout for a penalty, as he got the right side of Dom Hyam and seemed to have his leg hooked back as he looked to race on goal, but referee Andy Woolmer saw nothing wrong.

The Sky Blues’ first opportunity came on 20 minutes as Gustavo Hamer fired a ball into the six-yard box, and Max Biamou sliding in, somehow, diverted the ball over Daniel Iversen’s bar from two yards out and a minute later they again went close as Sam McCallum fired on target from 18 yards, Ben Whiteman making a vital block to flick the ball over the bar with his head.

Stopper Wilson was called into his first save in the home side’s goal when a long throw from Barkhuizen was headed out to Whiteman 25 yards out; the goalkeeper parrying it away, falling to Evans on the rebound – at a tight angle – with Hyam making a block, before Wilson claimed.

And the keeper was obviously warmed up, as moments later the ball fell to Ryan Ledson in the middle of the ‘D’, firing a superb left-footed drive goalwards, with Wilson, at full-stretch, getting a strong right hand to tip the ball around the post and bar for the first corner of the game.

With eight minutes to go before the break a glorious chance came from another Barkhuizen throw, this time going across to the right to power the ball in, Jordan Storey clocking it on to Maguire at the back post, but his header was an inch wide of the left-hand post from five yards out.

Just before the interval Hamer was lucky to stay on the pitch with a horrible late and high tackle on Ryan Ledson from behind, the match official pulling out the first card of the game, however, it was only a yellow, when a red would not have been unfair on the Sky Blues’ No.38.

Eight minutes into the second half and the Lilywhites were denied a stonewall penalty as Sean Maguire did brilliantly on the right, threaded Maguire through and Wilson came out, missed the ball and completely took out Evans. It was as clear a penalty as you can see, but Woolmer and his assistant amazingly failed to award the spot kick.

Evans almost caught Wilson out shortly after with a brilliant half volley from 35 yards, that had the Sky Blues’ No.13 back-tracking, eventually claiming the ball under his cross bar, a tough take with the sun in his eyes.

But the penalty PNE should have been awarded minutes earlier was finally given on 67 minutes as custodian Wilson pulled down Evans, after he had got goal-side of him ten yards from the goal. This time Woolmer pointed to the spot, but he should also have red carded the goalkeeper and didn’t even get out a card!

Skipper Browne stepped up to take the penalty and sent Wilson the wrong way, firing hard and low into the bottom right-hand corner of the goal to give the greens a deserved lead.

North End pushed for a second and a Ledson free kick with five minutes left on the left touchline was met by Evans at the front post, but his flicked header was just over the right corner of post and bar and the game ended with another big three points for the Lilywhites.