It’s the penultimate game of the season at Deepdale and it is one where both teams will be fighting tooth and nail for the three points as we face Wayne Rooney’s Derby County for the third time this campaign.

After two wins at Pride Park, one coming under the management of Philip Cocu, North End will be looking to complete a season treble against the Rams, having not done a league double over them since the 2002/03 season.

Rooney will be eyeing a vital three points for his side, who currently sit four points above the last relegation spot, although Rotherham United still have two games in hand.

For PNE, they know that a win would put them nine points above County with both sides just having three games left to play and in a strong position ahead of their trip to Coventry at the weekend.

Team News
Liam Lindsay is available again after being unable to play against his parent club at the weekend. He will compete for a place in the backline for the Lilywhites.

The only definite absentees at this stage are Declan Rudd, Patrick Bauer and Joe Rafferty, with Daniel Johnson being assessed before the game.

For Wayne Rooney, Manchester United loanee Teden Mengi has returned to his parent club early, with a season-ending hamstring injury, whilst another of the Rams loan signings, midfielder Beni Baningime, could also miss out a hamstring problem.

There is good news for England's all-time leading goalscorer, with Martyn Waghorn set to return, but Lee Gregory (who is out for the season), George Edmundson and Jack Stretton not back fit. 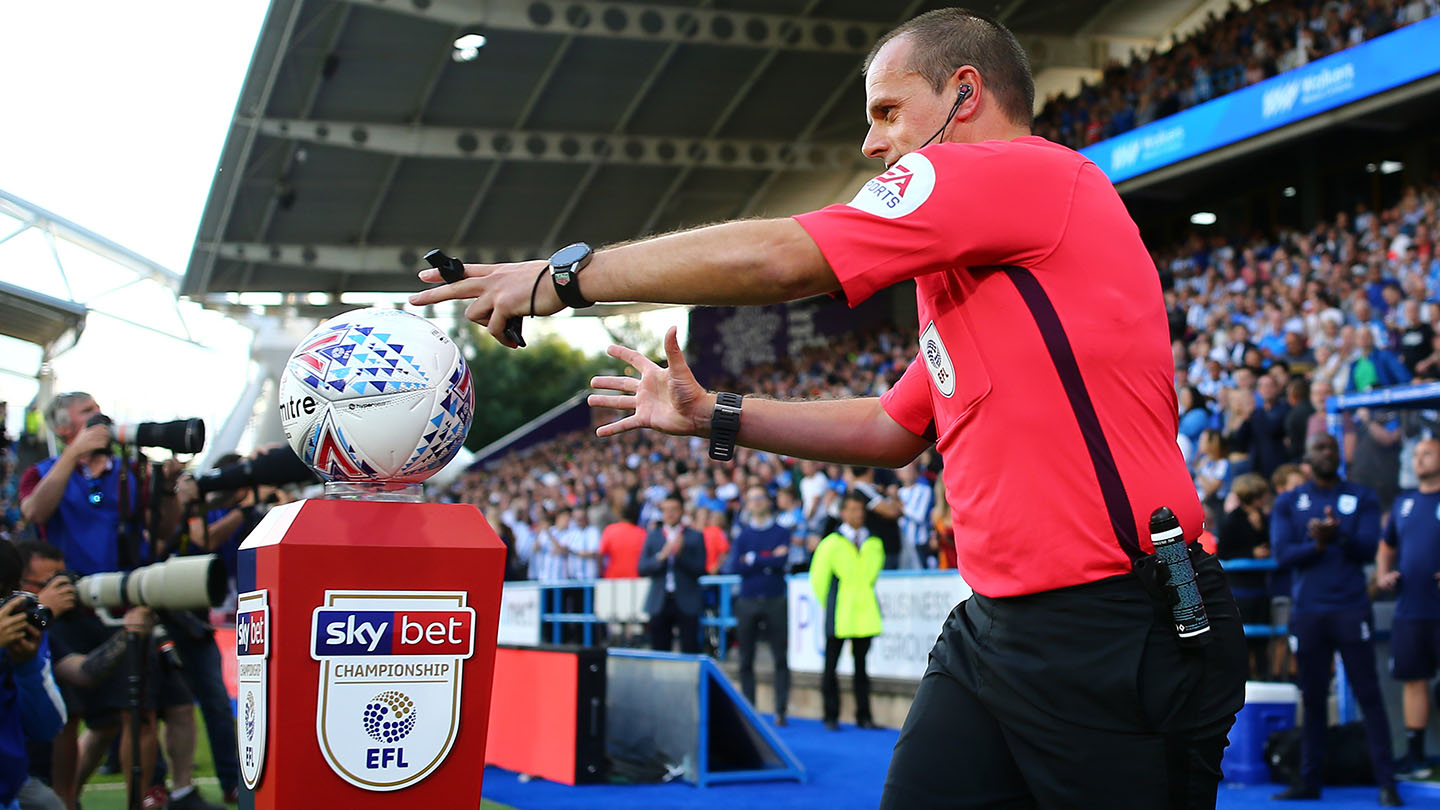 Match Officials
For the third time this season – all at Deepdale - the match official will be Geoff Eltringham, who refereed our 1-0 home win over Bristol City back in December and the goalless draw with Reading in January.

His last PNE game before that was the game where Scott Sinclair scored his first goal for the club, versus the winger’s former employers Swansea City on 1st February 2020.

Geoff has so far taken charge of 26 games this season, with 77 cautions and five red cards issued, and this will also be his third Rams game of the season, having taken charge of their home defeat to Watford and a home win over Huddersfield Town.

For the game, the referee will be assisted by James Wilson and Jonathan Hunt, whilst the fourth official will be Sam Barrott.

Matt Hardman and former PNE goalkeeper Andrew Lonergan will be on commentary duties, with replays, graphics and coverage from Deepdale from approximately 6.30pm on Tuesday evening.

Linked Stories
Frankie Says Players Need To Be ‘A Good Environment’: Preston North End’s interim head coach Frankie McAvoy says that the players should play free of pressure when they take on Derby County on Tuesday night. Click here for the full interview.

A Match To Remember: Back in November 2004, Billy Davies' Lilywhites put in a fine performance to put three past the Rams at Deepdale, earning the points, in a season that ended with PNE defeating their opponents on this day in the Play-Off semi-final. Click here for the details of the game we have covered.

Andrew Hughes: “We Are In Good Spirits" - Preston North End defender Andrew Hughes says the squad are looking forward to the visit of Derby County to Deepdale on Tuesday night. Click here for Andrew’s thoughts.

The One And Only Issue 22: Tuesday night’s matchday programme has on loan Leicester City goalkeeper Daniel Iversen as its cover star and main interviewee. Click here for more information.

A first goal for the club for Ben Whiteman and second half strikes from Ched Evans and Ryan Ledson gave Preston North End their first double over Derby County for 18 years. 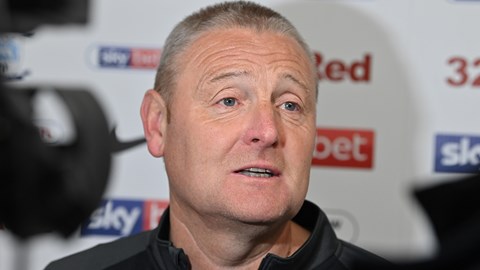 The Lilywhites put nine points between themselves and the Rams, with three games of the season to go, thanks to Whiteman’s first half header, followed by Evans’ low strike from eight yards and Ledson’s 30-yard free kick from the left touchline in the closing stages at Deepdale, as PNE came out 3-0 victors over Wayne Rooney’s men.

Interim head coach Frankie McAvoy made one change before the game, with Liam Lindsay returning at the heart of the back three, releasing Tom Barkhuizen from wing back duties, partnering Evans in a two-pronged attack – Emil Riis dropping to the bench.

In both halves the visitors started brightly, without creating too much to threaten Daniel Iversen, who recorded his third clean sheet in five games and it was the hosts who had the earliest opportunities.

Ten minutes in, a long throw from Barkhuizen was flicked on by Jordan Storey, eventually finding its way to skipper Alan Browne, who flicked the ball over a defender and hit a half-volley just wide of the right-hand upright from 12 yards out.

Whiteman had an opportunity to open the scoring before his goal, when Derby goalkeeper and captain David Marshal punched clear Greg Cunningham’s deflected shot, the ball falling to PNE’s January signing from Doncaster Rovers, who hit half-volley on edge of the area, but the effort bounced down and over the bar.

However, he didn’t have to wait long for his goal. The No.17 started the move inside the centre circle, finding Barkhuizen on the right. He played the ball down the line for Browne, who got to the byline and reversed a ball back to just inside the area where Whiteman had continued his run. Evans had driven into the six-yard box, taking Andre Wisdom with him, leaving space for a free header from the midfielder, that Marshall got a hand on, but could only push into the top left corner.

It could have been two just before half-time as Barkhuizen made a great break onto a loose ball down the right, put over a superb cross for the onrushing Ledson, but he was unable to repeat Whiteman’s effort, his header going over the bar, under pressure from Matthew Clarke.

The second half, as previously mentioned, saw the visitors come out re-invigorated and it needed an excellent block from Andrew Hughes on 53 minutes to deny half-time substitute Martyn Waghorn. A corner from Nathan Byrne had found the former Leicester City striker at the back post, who drove goalwards, the deflection off the PNE left-sider falling on the follow up to Max Bird, who brought a superb save from Iversen to keep the lead intact.

But the introduction of Brad Potts added a different element for McAvoy’s men at the mid-point of the latter period. His first touch saw the former Barnsley man win the ball in the middle of the Derby half, freeing Cunningham to drive forward and slide in a lovely ball for Barkhuizen in the left corner of the penalty area. He managed to get an excellent strike on the ball, but Scotland stopper Marshall made a great one-handed stop at full-stretch to put the ball behind.

But the second goal came on 73 minutes and again Potts was involved, his drilled shot from the left-hand side of the penalty area, about two yards from the byline, pushed out by Marshall to Evans, who blistered a volley into the bottom right-hand corner from eight yards out.

Barkhuizen was again denied by Marshall, with 14 minutes to go, as he collected a long ball from Iversen, cut in from the left and curled a shot that the Rams’ No.1 had to tip away, before at the other end the PNE keeper showed his abilities once again, to deny Tom Lawrence from 20 yards.

But the game was put to bed with three minutes left on the clock, when a free kick was awarded on the left-hand touchline and Ledson swung the ball in to the back post, flying through a crowd of players and the outstretched boots of both Browne and Evans and into the bottom right-hand corner of the goal, completing the win.