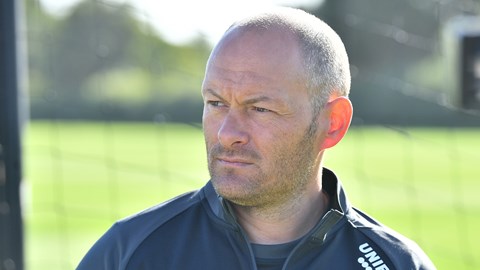 The Lilywhites face the Ammies for the first time since Phil Brown’s side visited Moor Lane back in the pre-season of 2011, the day before now City boss Graham Alexander re-joined PNE after his departure from Burnley.

Since then, with their multiple promotions and growth as a club, Salford have risen to League Two, having been brought into the league for the first time under the management of the former North End favourite.

They held their own in their first season, with a number of ex-Lilywhites men in their ranks, such as Chris Neal and Scott Wiseman and whilst they have now moved on, they recruited another PNE legend this summer, with the signing of former club captain Tom Clarke on a two-year deal.

And with plenty more appearances alongside Alexander in the dugout, with Chris Lucketti, Carlo Nash and recently joined up Youl Mawene on the staff at the Peninsula Stadium, it will certainly be a game with plenty of interest.

Former PNE No.5 Clarke is one of a number of summer recruits at Salford, with fellow experienced players Ian Henderson, Jason Lowe, Jordan Turnbull, as well as Ash Hunter – who played under his new boss at Fleetwood Town.

This will be Salford’s third game of their pre-season preparations, having already hosted Crewe Alexandra and Lincoln City – defeating Michael Appleton’s Imps 1-0 in midweek.

For Alex Neil, his first team selection sees him likely to involve all his squad, other than Louis Moult, who is a couple of weeks away from re-joining the squad in full training, after a year on the sidelines due to the knee injury he picked up at Swansea City last August. 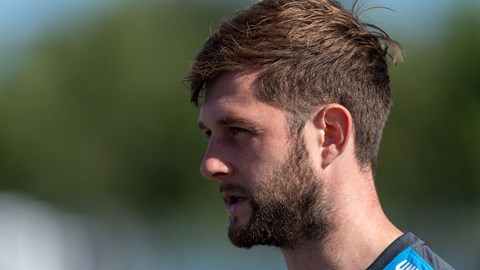 Josh Earl and Josh Ginnelly are both available, having returned from loans in the second half of last season and Ben’s Davies and Pearson, who both ended the 2019/20 campaign on the sidelines through injury, are fully fit and available for selection.

The gaffer revealed in his preview to the game that he is likely to give players more than the usual 45 minutes in their first match, with the shortened off season as well as only being three weeks from the opening day of the EFL Championship.

For the first time, the club will be broadcasting the game, along with Tuesday afternoon’s trip to face Tranmere Rovers at Prenton Park, on YouTube, with Jonathan Breeze and former North End midfielder Paul McKenna presenting the broadcast from 2.50pm, followed by full coverage and commentary.

A story will appear on website as the top story, approximately an hour before kick-off, which will allow you access to watch the game, without the need for subscription.

The full match and highlights will also be uploaded to iFollow PNE, along with all the reaction after the game, for those who cannot watch live on Saturday afternoon.

North End will be wearing their newly launched 2020/21 home strip for the first time too!

Preston North End started their preparations for the 2020/21 season with a 3-1 win over Salford City at the Peninsula Stadium.

Two goals in three first half minutes from wide-men Scott Sinclair and Billy Bodin gave them a half-time lead, despite Ash Hunter pulling one back, and then after wholesale changes on the hour mark, they made it 3-1 with four minutes left when Josh Harrop converted from ten yards out.

Sinclair opened the scoring mid-way through the half, poking the ball under Ammies keeper Nick Hayes, after Daniel Johnson’s shot had been blocked, and then Bodin fired into the bottom right-hand corner after Sean Maguire and Daniel Johnson combined to set up the Welshman, before Hunter found the net after Connor Ripley had saved a shot from Jason Lowe. Harrop converted late in the game, cushioning home Brad Pott’s ball from the right.

Tom Clarke skippered Graham Alexander’s men and it was he and his new team-mates who started the brighter of the two sides, Brandon Thomas-Assante getting away a shot from right corner of the box nine minutes in, Ripley saving low at the near post.

But the visitors grew into the game and an Andrew Hughes cross from the left was blocked by Oscar Threlkeld, falling to Tom Bayliss 20 yards out, the midfielder arrowing a shot just wide of the left-hand post.

This preceded the goal, which came 22 minutes in, after some good play down the left by Maguire as he found space to collect Johnson’s ball, checked inside and pulled the ball back for Johnson, whose initial shot was blocked, but it fell to Sinclair, who poked the ball under Hayes and into the middle of the goal.

Three minutes later, they doubled their advantage as again Maguire found 2020 Player of the Year Johnson, who pulled the ball across to Bodin, who fired home with the outside of his right boot into the bottom right corner – a goal that started by pressing high and winning the ball in the middle of the pitch through Ryan Ledson.

The Peninsula Stadium hosts had a good chance to pull one back, with some nice play down the right from Thomas-Assante, pulling the ball back and Richie Towell dragging a shot just wide of the left-hand post from 15 yards out.

However, just before the half hour mark they did get a goal. Hunter pulled one back after former Blackburn man Lowe’s shot from the left corner of the penalty area was saved initially by Ripley, but the ball came back out to the former Fleetwood man, to slide the ball under the goalkeeper into the left-hand corner.

Right before the interval, Maguire had ball in the back of the net, a goal his first half display would have deserved. It was a good finish down the left after a Hughes knock down from Ledson’s deep cross into the box, but the linesman’s flag was quickly up and the Irishman was denied.

City almost equalised with a bullet header on 57 minutes, but it wasn’t from one of their own men, it was off Patrick Bauer, defending a corner from the right-hand side; with three crosses from the corner coming in quick succession.

Just after the hour mark the entire side was changed and some fantastic football saw them immediately show real intent; Ben Pearson sending Tom Barkhuizen down the right, who used his pace to race towards the penalty area, before pushing it in to Brad Potts, whose first time shot was narrowly wide and into the side-netting.

Another introduction, Jayden Stockley, was found by Potts, after another powerful run from Barkhuizen on the right, but the PNE No.20’s left-footed shot was dragged to the right of Hayes’ post.

Stockley was much closer with five minutes to go, whipping a right-footed effort inches wide, after a burst of pace again from Barkhuizen, who sliced through the middle of Salford, before finding his fellow forward.

But a minute later, it was 3-1 as Pearson stole the ball in the middle of the pitch, found Brad Potts down the right, who stood up a cross to the back post to pick out Josh Harrop, who calmly watched the ball onto his right foot and cushioned the ball into the middle of the goal to finish the game with a positive scoreline on their first run out of pre-season.