The Lilywhites began their run of preparatory games with a 3-1 win over Salford City at the Peninsula Stadium on Saturday afternoon; Scott Sinclair, Billy Bodin and Josh Harrop the scorers for the Lilywhites.

The manager used two XIs, changing the first one after 60 minutes and he is expected to reverse this for Tuesday afternoon’s clash on the Wirrall, with those who came on against Graham Alexander’s men likely to start the game. 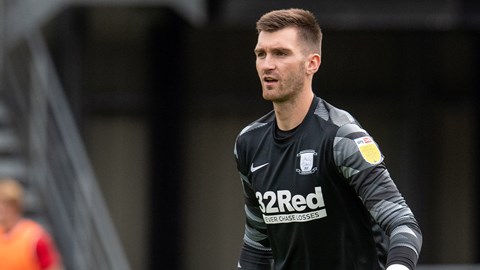 Hudson Looking To Make An Impression

North End’s last game against the Super Whites was in February 2014, when a Joe Garner brace gave them a 2-1 win; their first success in ten games away at Rovers.

Like the weekend, the club will be broadcasting the game on YouTube, with Simon Crabtree and former North End midfielder Paul McKenna presenting the broadcast from 2.50pm, followed by full coverage and commentary.

The full game and highlights will also be uploaded to iFollow PNE, along with all the reaction after the game, for those who cannot watch live on Tuesday afternoon.

North End will be wearing their newly launched 2020/21 away strip for the first time too, after it was revealed on Monday afternoon.

For the second game in succession, Scott Bolton will referee the fixture, with both teams preparing for games against Mansfield Town in the coming weeks; PNE in Saturday’s Carabao Cup first round tie and Tranmere on the opening day of the League Two season.

Preston North End’s second pre-season game ended in a draw, with Tranmere Rovers grabbing an equaliser in the final minute at Prenton Park.

Tom Barkhuizen broke the deadlock, just after the half hour mark, firing home from 12 yards out, after being threaded through down the right of the penalty area by Brad Potts.

But Stefan Payne grabbed a goal for the Wirral side after racing through and rounding the goalkeeper, before firing into the empty goal.

It was a complete switch from the weekend’s pre-season opener at Salford; with those who came off the bench at Moor Lane, starting the clash with Michael Jackson’s men.

The game was played amidst the wind and rain of Storm Francis, but the pitch was superb on the Wirral and the wet allowed for the ball to zip around and helped North End’s quick passing.

However, it was the hosts who had the first good chance of the game, when Corey Blackett-Taylor’s left-wing corner was headed wide of the left post by centre half Manny Monthe from just outside the six-yard box.

But a period of pressure came just before the opening goal. Firstly Josh Harrop saw a shot blocked by experienced defender Peter Clarke and then Potts delivered a superb ball from the right, with Jayden Stockley finding space to rise highest around the penalty spot and head past Murphy, only for the ball to come back off the inside of the left upright, before being cleared.

The opener came 60 seconds later though, in the 32nd minute, with Potts again the provider, running through the middle and then pushing the ball inside Calum MacDonald, where Barkhuizen ran through and fired first time under Murphy and into the middle of the goal, no more than their pressure deserved.

After the break, Alex Neil’s side again started brightly, Harrop making a run from half-way, finding Stockley, who in turn fed Potts on the edge of the ‘D’, who fizzed a first time effort on target, but Murphy collected well in the middle of his goal.

Just before the wholesale changes, Potts was close to doubling the away team’s advantage, a quick throw in from Josh Earl to Barkhuizen was then laid off for Harrop, who fed Potts on the edge of the penalty area, but his vicious strike was wide of the right-hand post from 22 yards and then seconds later, the very last action before the substitutions, Potts again crossed, with Harrop sliding in, but unable to force home from ten yards.

With just less than 20 minutes to go, the home side also made five changes, to add to one at the break, but it was PNE in the new away strip that continued to press, with Sean Maguire winning a corner after Alan Browne’s perfectly weighted through ball.

Browne himself was inches away from a second with ten minutes to go, capitalising on Maguire’s lay-off from Scott Sinclair’s run and cross from the left, originally started by Andrew Hughes inside his own half.

Inside the last five minutes Connor Ripley was needed to deny Stefan Payne, who ran through one-on-one against the PNE stopper, capitalising on a loose ball, but it was an excellent stop from the North End No.25 to maintain the lead.

But Payne did equalise with a minute to go, as he raced through, rounded Ripley and took the ball into the empty goal, the hosts counter-attacking after PNE had pressed forward in numbers.