This year’s festive fixtures begin with a trip to Pride Park to face Derby County, currently under the stewardship of caretaker manager, former England and Manchester United legend Wayne Rooney.

The Rams have been unbeaten in their last six games under the striker’s management and will go into the game after an extended break, their pre-Christmas game at Rotherham United postponed due to a Covid-break out in the Millers’ camp.

For North End, eight days since the last game – the win over Bristol City – has provided just as much of a welcome rest and the two sides will be relishing this Boxing Day clash – their second meeting at the home of the Rams this season, after North End’s 2-1 Carabao Cup win back in September.

That was Alex Neil’s men’s first win at Pride Park since Paul Simpson’s side succeeded in the FA Cup in the mid-noughties, whilst they will be looking for their first league win on the Rams’ home turf since their first visit under the management of Craig Brown back in September 2002.

Team News
Manager Alex Neil was without Andrew Hughes for the home win over Bristol City and the Welsh left back will continue to be monitored ahead of the trip to Pride Park.

Like the Lilywhites, Derby suffered a blow at centre half recently, when experienced defender Curtis Davies’ season was ended early, like PNE’s No.5 Bauer, by a snapped Achilles.

With no game since their home win over Swansea City, some of the niggles around the Pride Park squad, such as Tom Lawrence, should have had time to recover, giving Wayne Rooney options in his forward line, although Jack Marriott has only just returned to the grass. 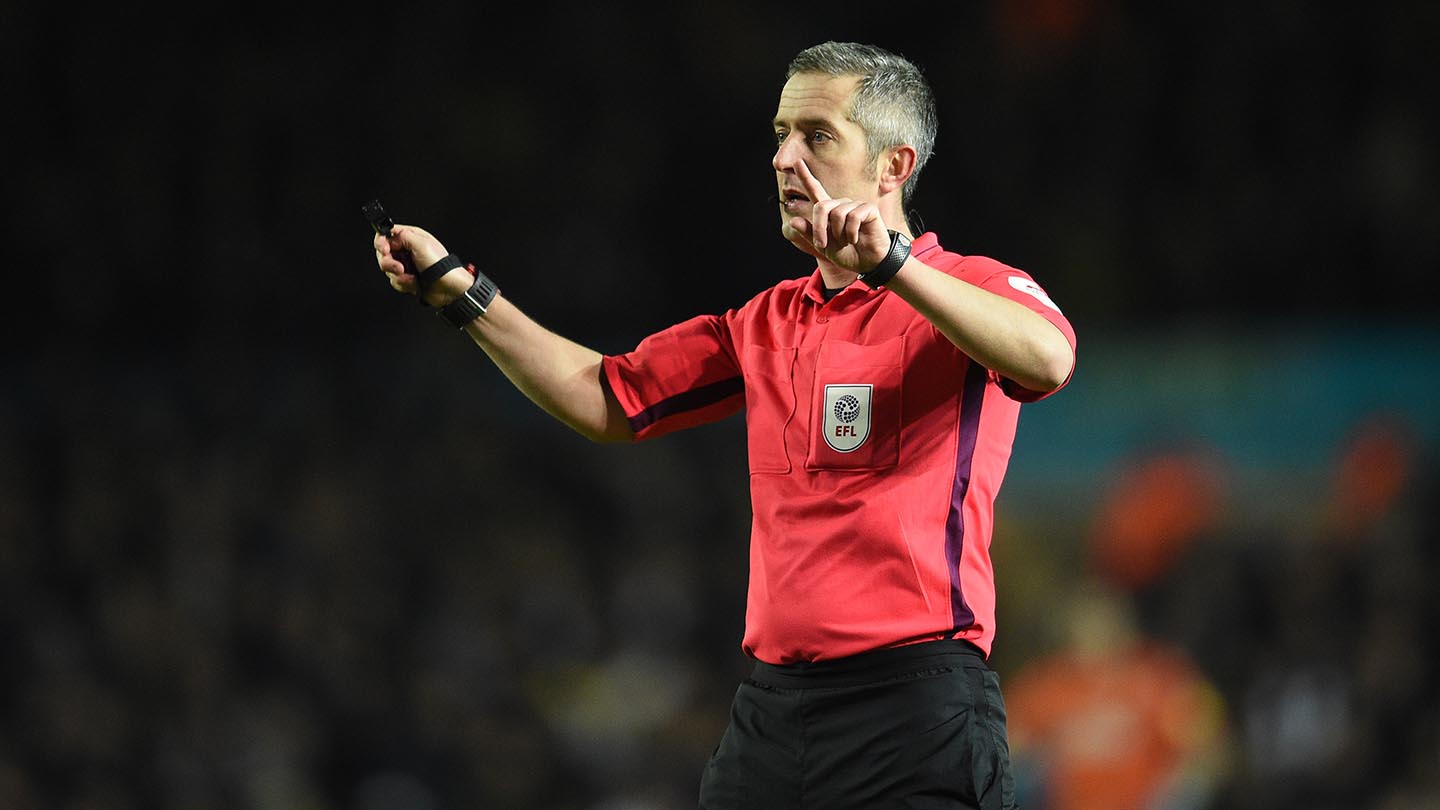 Match Officials
Darren Bond will take charge of the Lilywhites’ post-Christmas game, his second PNE game of the season, having visited Deepdale for the Millwall game in October.

Last season he refereed our July trip to Huddersfield Town and the Boxing Day draw with Leeds United. Prior to the clash with the Peacocks, he had not taken charge of a North End game since February 2019, when a previous game with Derby County ended goalless at Deepdale.

This will also be the Lancashire referee’s second Rams clash of the season, having officiated their 2-0 home defeat to Reading on the opening day of the season.

This will be his 14th game of this season, having issued 47 yellow cards and one red so far. The referee will be assisted by Nik Barnard and James Wilson, with Robert Massey-Ellis as the fourth official.

Opposition View
Caretaker manager Wayne Rooney said: “Preston are a good team. It will be a difficult game. They’ve played in different ways this season. They can play, or be more direct. We’ve had a bit more time to prepare for this game, so we’ll be ready to try and get three points.

“We’re getting better. Throughout the six games, there has been an improvement in all of our performances. I can see the confidence in their training, walking around Moor Farm, and you can see the belief in them.

“We can’t take our foot off the gas and think we’re out of the situation, because we’re not, we’re right in the thick of it. The players need to continue focussing and working hard to move us up the table.”

Guy Clarke and former North End midfielder Graeme Atkinson will be on commentary duties, with replays, graphics and coverage from Pride Park from approximately 2.30pm on Saturday afternoon.

A Match To Remember: Our last league win at the Baseball Ground was a bittersweet one for the Lilywhites, on the final day of the 1980/81 season. Click here for the details.

Sean Maguire Grateful Of Mental Rest Ahead Of Christmas: Preston North End’s Irish international forward Sean Maguire says that a midweek without a game for the first time since mid-November has been a welcome rest for the players, mentally as much physically. Click here for Seani’s thoughts.

The Lilywhites' record of one win in their last 20 league games against the Rams was ended by the No.8 against the ten-man Rams, who had Martyn Waghorn sent off after 20 minutes for a foul on the match-winner.

Both sides went into the game unchanged from their pre-Christmas victories, but North End welcomed back Ryan Ledson on the bench.

The game was tight in the first 14 minutes, with the first chance coming the way of the visitors as Josh Earl broke down the left, pulled the ball back from the byline for Sean Maguire, whose shot was blocked by Andre Wisdom, but only as far as Paul Gallagher on the edge of the box, his effort flying inches over the bar.

But the match changed on the 20-minute mark as referee Darren Bond went straight for his pocket and the red card when Waghorn was sent from the field for a studs up challenge on PNE skipper Alan Browne’s ankle, the match official having no choice.

Patience was then key against the ten-man Rams, with Gallagher pulling the strings from a deep position and he was involved in some of the best parts of the first half.

On 37 minutes, the No.12’s free kick, after Darnell Fisher was brought down by Colin Kazim-Richards, from the right corner of area, saw a lovely cross to the back post to Josh Earl, whose shot on the stretch was into the arms of Rams skipper David Marshall.

Shortly after, more good play saw a Johnson ball from the right and Earl headed back across goal towards Maguire, Matthew Clarke heading behind for one of many corners going PNE’s way in the opening period.

Six minutes into the second half and PNE were denied an opener by Marshall, as they broke with pace, Scott Sinclair going forward and then finding Maguire, who in turn sent it on to Barkhuizen, whose vicious shot on the run was pushed behind the for a corner by the stopper.

The chances continued and again Marshall was needed to deny Maguire after a break down the left, where he was threaded in behind the Derby defence by Daniel Johnson in a right-hand channel on 57 minutes.

A double change on the hour mark saw Jayden Stockley and former Rams man Emil Riis on for Darnell Fisher and Maguire, with a switch to 3-5-2, with Sinclair and Barkhuizen operating as wing backs; Tom Bayliss and Ryan Ledson following for Gallagher and Sinclair nine minutes later, and Josh Harrop for Barkhuizen the last of all five changes.

Only five minutes were added on after Kazim-Richards needed treatment late on, and seven substitutes were made between the two sides, but in the seventh minute of added on time, the Lilywhites finally won it and a stunning goal it was, too.

It was pressure on the right and skipper Browne picked up the ball in the right corner of the area and looked up before curling a brilliant effort over Marshall into the top left-hand corner of the goal, practically the last touch of the game, giving PNE their first win in the league at Pride Park since their first ever visit in 2002.