The transfer window is finally closed, all focus is on the football and the run to the end of the season begins with North End taking on Paul Warne’s Rotherham United at Deepdale this Saturday.

This is the 60th competitive meeting between the sides, with the Millers holding the upper hand in the head-to-head in the previous 59, having won 21 to the Lilywhites’ 16.

And it was our visitors this weekend who took the points back in November as well, despite an equaliser – his first goal for the club – from Ryan Ledson, our hosts at the New York Stadium came away with a 2-1 win.

And they come into the game full of confidence, a bit like North End did back in the Autumn; then we had just gone to Reading and won 3-0, whilst this time it is Rotherham who had three unanswered goals in midweek, beating Wayne Rooney’s Derby County with a trio of strikes in the final quarter of an hour.

Team News
Alex Neil will give a late check on Sean Maguire, who missed the last two games, but has no new injury problems and has all of his new recruits available for selection.

Paul Warne is likely to again be without goalkeeper Jamal Blackman, who is isolating, but Viktor Johansson came in against Derby County and kept a clean sheet.

He will have back on loan winger Florian Jozefzoon, who was unavailable to play against his parent club on Wednesday night, but Chieo Ogbene will be missing after going under the knife last Friday. 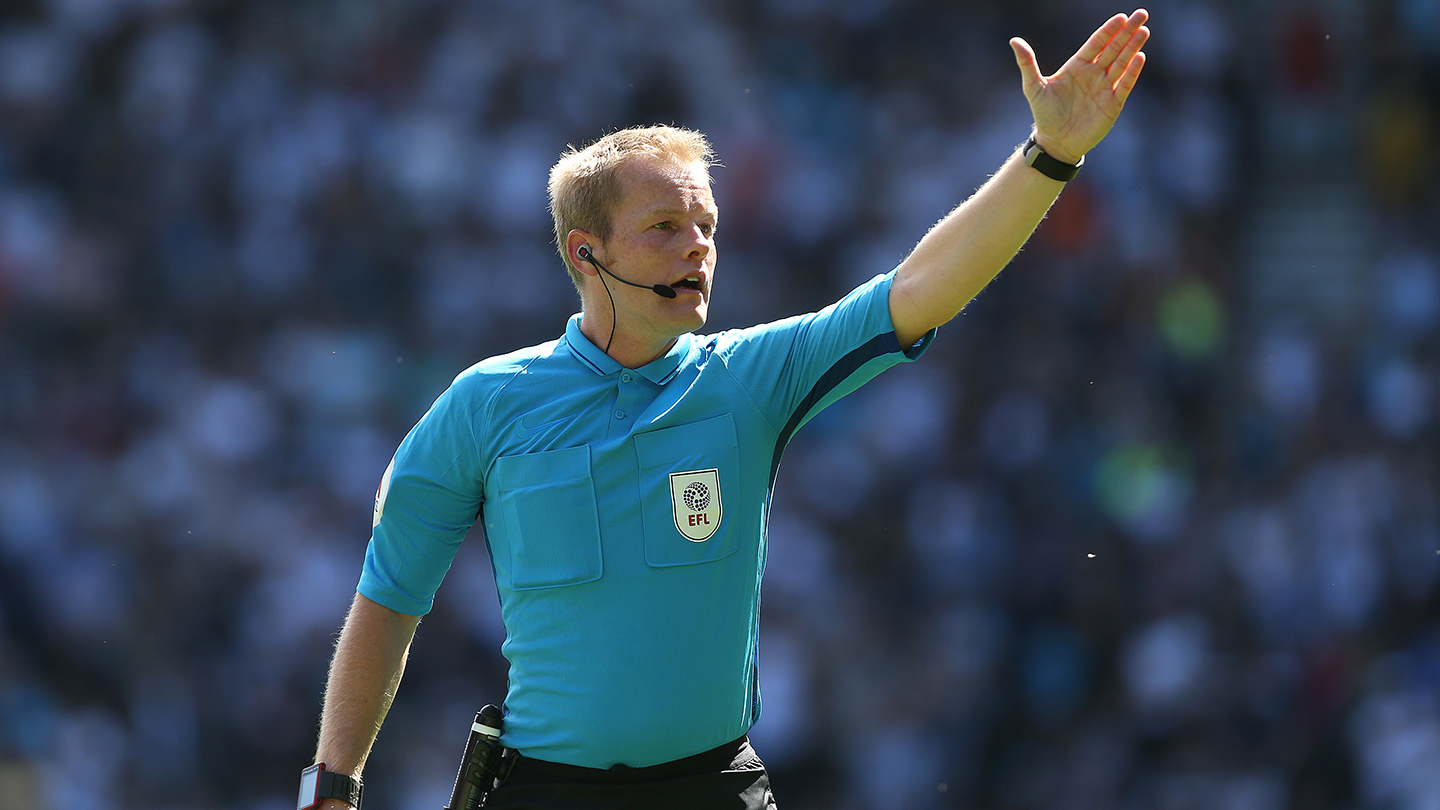 Match Officials
The match official for Saturday’s game is experienced referee Gavin Ward, who last took charge of a PNE game in our thrilling 3-2 win at AFC Bournemouth at the beginning of December.

Gavin, from Surrey, is in his 14th season on the EFL lists, and he has officiated the Lilywhites on ten previous occasions including last season’s 5-1 home thrashing of Barnsley and the 2-1 win over Luton Town.

He has also refereed Saturday’s visitors once this season so far, their 2-0 defeat at Watford a week after PNE’s win at the Vitality Stadium. That was one of his 16 games so far this season, having issued 40 cautions and three red cards.

He will be assisted by Nick Greenhalgh and Nik Barnard and Martin Woods will be the fourth official.

Jonathan Breeze and former PNE centre half Michael Jackson will be on commentary duties, with replays, graphics and coverage from Deepdale from approximately 2.30pm on Saturday afternoon.

Linked Stories
Alex Neil: “It Will Be A Tough Decision”: Preston North End manager Alex Neil has told iFollow PNE that Saturday could be his toughest team selection of the season so far. Click here for the full interview.

A Match To Remember: We go back an astonishing 19 years to a game that seems like yesterday, when North End’s current goalkeeping coach was heavily involved for the Millers, in our latest match to remember. Click here for the details of the game we have covered.

The One And Only Issue 14: In the latest issue of The One And Only Paul Huntington reflects on becoming the 26th member of the club’s ‘300 Club’, having recent made the big number of appearances in the win at Birmingham City. Click here for more information.

A Foot In Both Camps: Rotherham United: Current Preston North End goalkeeping coach Mike Pollitt played over 300 games for Saturday’s visitors over two spells. Click here to see what he has to say.

Ched Evans scored his first goal for Preston North End, but the Lilywhites were unable to come back from 2-0 down, as Rotherham United won at Deepdale. 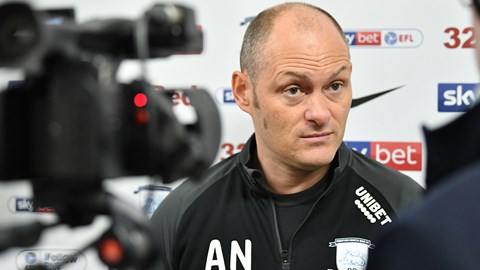 The striker, who completed a permanent move from Fleetwood Town before the game, scored on 65 minutes, but an own goal and a strike from substitute Ben Wiles gave the Millers the three points.

Evans and Greg Cunningham turned their season long loans into permanent moves before the game, meaning they and all five loans were included, plus Ben Whiteman, meaning eight of the 20 man squad were not at the club four weeks ago.

However, the visitors blasted out of the blocks and went ahead in 15 seconds, a deflected cross from Freddie Ladapo came into the box and Joe Rafferty – in for the injured club captain Alan Browne - tried to head away, with an attacker lurking behind him, but it went past Daniel Iversen into the bottom right corner.

But for the remainder of the half, the home side were in possession for the majority of the game, creating multiple chances.

On 13 minutes, an Anthony Gordon free kick - on debut - from the right was flicked on by captain for the day Paul Huntington, but another first starter, Liam Lindsay was unable to get shot away at the back post.

Shortly after, good play down the left saw Gordon, to Ben Whiteman and then onto Jayson Molumby, who turned his man and drove forward, but he drilled just wide of the right-hand post.

Gordon was brought down 20 yards out in a left-hand channel and his free kick was around the wall, but inches wide of the right-hand post. And then at the mid-point of the half, the Everton loanee almost scored direct from a corner on the left, when Viktor Johansson punched out from under right-hand cross bar under pressure from Evans.

Yet another opportunity fell the way of the scouser, a curler from the left corner of penalty area after good switch of play from right by Tom Barkhuizen picked out the No.42, but this one flashed just wide.

The Millers keeper was massively involved in the last ten minutes before half-time, keeping his side ahead. Firstly, he made a brilliant save to deny Evans from a header after Rafferty’s roll and cross from the right to the striker ten yards out.

And a minute later he made another outstanding save, this time denying Barkhuizen, with gilt-edged chance after Ryan Ledson’s ball in behind the United defence for the well-timed run of the attacker.

Right on half-time Molumby was brought down 20 yards out in right-hand channel; Whiteman fired in a superb free kick, which beat Johansson, but smashed the left-hand post, hit the back of the keeper, ran along the line and somehow out for a corner, rather than off the other post which would have handed Evans a tap in. 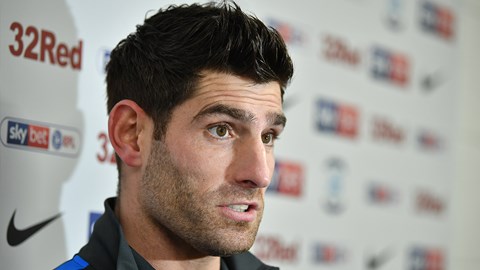 The second half started in a similar vein with a Whiteman driven shot an inch wide of the left-hand post from 18 yards after Molumby had laid off from Rafferty cross on the right.

But Alex Neil’s side were hit by a sucker-punch ten minutes into the second half when Wiles – who had come on after 14 minutes for the injury Jamie Lindsay – converted from ten yards after a pull back from Middlesbrough loan man Lewis Wing.

It took only ten minutes for PNE to get back into the game, when Ledson’s excellent cross was spilled by Johansson under pressure from Evans, but the No.26 reacted quickly, spun and shot into the bottom right corner from eight yards.

The pressure was incessant after that; a massive spell of pressure with corners fired over, crosses blocked and more good skill by Evans at the back post, as well as a strong shout for handball for a penalty.

With seven minutes left the ball was in the back of the net as substitute Daniel Johnson played an excellent defence splitting ball for fellow change Scott Sinclair, who expertly fired home, but a flag went up for offside, the video replays looking very tight and it proved decisive as Paul Warne’s side held on for the win.