Preston North End travel to Middlesbrough on Tuesday night looking for their first league double over the Teessiders in nearly 50 years.

The Lilywhites triumphed 3-0 at home to Neil Warnock’s side back in December and will be chasing their second ever win at the Riverside Stadium, to do their first double over Boro since the 1971/72 season.

It is the 94th league meeting between the sides and the hosts go into the game with plenty of confidence after a convincing 3-0 home will over Michael O’Neill’s Stoke City at home at the weekend.

Former North End full back Darnell Fisher, who made a January move to the north east, could line up against his former team-mates – although he has been on the bench for the last couple of game for Warnock’s men.

Team News
Manager Alex Neil welcomed back Liam Lindsay to the bench at the weekend, but he told the press that the on loan Stoke City centre half had only had one day of training, so he may not be ready to start.

Late checks on Greg Cunningham and Ryan Ledson will need to be made, the pair missing the weekend’s trip to Wycombe. There is no change in the availability of the long-term absentees.

Neil Warnock said that Darnell Fisher could return to side against the Lilywhites, with Djed Spence having picked up a knock against Stoke City at the weekend.

He told the club's official website, mfc.co.uk: "Darnell’s got a nasty Achilles problem, so I didn’t want to rush him back - especially with [Anfernee] Dijksteel out. Against his old club I’m sure he’ll be busting a gut to be involved.

“I’ll see how they are because Djed [Spence] picked up a knock as well. I think both [Ashley] Fletcher and [Marcus] Tavernier are going to be training with us today. They could be back before the international break.” 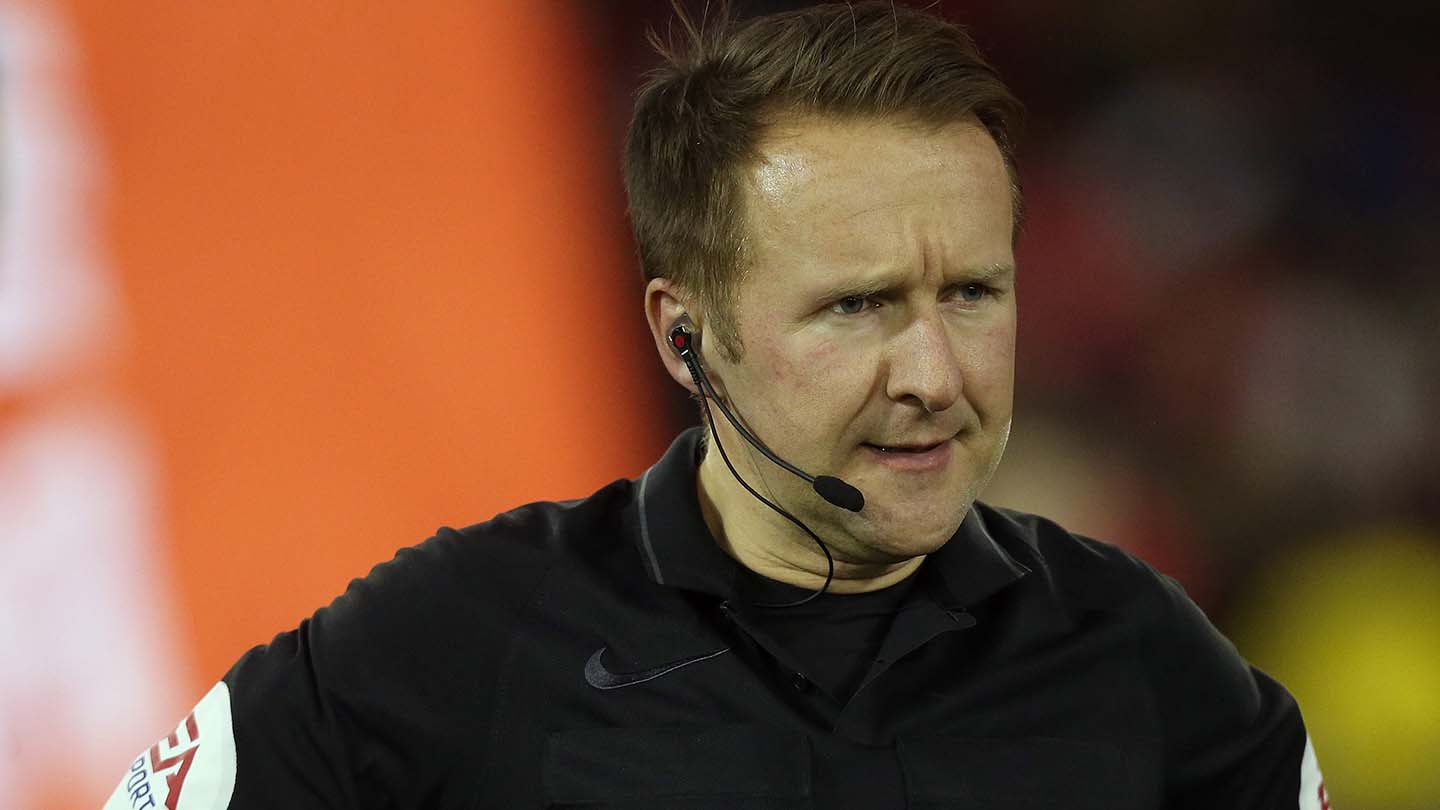 Match Officials
The match official for Tuesday night’s game is Oliver Langford, taking charge of his first PNE game since our first home match after the first lockdown.

That was the referee’s second visit to Deepdale that season, having been the man with the whistle for our live TV game against West Bromwich.

The previous season, he was in charge of three of our Championship matches in 2018/19. His last being the 1-0 derby day win over Blackburn Rovers at Ewood Park, when Daniel Johnson scored the winner. The ref was also the match official at the end of January, as the Lilywhites triumphed 2-0 at the Bet365 Stadium against Stoke City.

Prior to that he refereed our Carabao Cup third round tie with Tuesday’s opponents Middlesbrough back in September and before that it had been 12 months since he last took charge of a game at Deepdale.

The West Midlands official, prior to the aforementioned Boro game, last took charge of a clash with Cardiff City at Deepdale in September 2017, when the Lilywhites ran out 3-0 winners against then Neil Warnock’s Bluebirds. The previous season he took charge of another three North End games. His first was the live Sky victory over Wigan Athletic back in September 2016, his second, our first match of the new year, at Burton Albion and his third the goalless draw away at Barnsley in February.

He also twice took charge of the Lilywhites in 2015/16; the goalless draw against Derby County, when goalkeeper Anders Lindegaard made his debut for the club, and another trip to Middlesbrough. His first game in change of North End before that was the clash with Swindon at the County Ground in November 2014.

This will be his second Boro game of the season, having officiated their home win over Barnsley back in October. Overall, he has refereed 25 games so far this season, that have seen 92 cautions and four red cards. He will be assisted by Jonathan Hunt and Michael George, with experienced Championship match official Andy Haines acting as the fourth official for the game.

Guy Clarke and former North End defender Michael Jackson are on commentary duties, with replays, graphics and coverage from the Riverside from approximately 6.30pm on Tuesday evening.

Linked Stories
Alex Neil: ‘We Should Have A Steely Determination’: Preston North End manager Alex Neil says his side should have come away from Wycombe with a real desire to put things right at Middlesbrough on Tuesday night. Click here for the full interview.

A Match To Remember: Almost two years to the day, on a Tuesday night at the Riverside, Paul Gallagher and Jayden Stockley saw the Lilywhites come from behind to pick up their first league win at the Teesside stadium. Click here for the details. 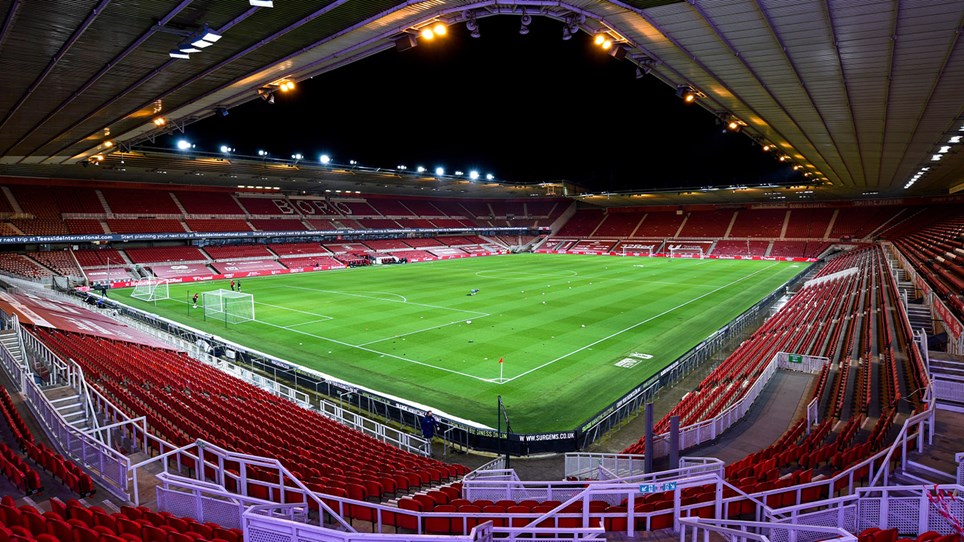 
Preston North End’s game against Middlesbrough at the Riverside Stadium will now kick-off at 7pm.

Referee Oliver Langford was the centre of attention at the Riverside as North End were controversially beaten by Middlesbrough.

Skipper Alan Browne was sent off 36 minutes into the game, after Sam Morsy had twice elbowed the PNE No.8, who had pushed out to prevent further violence from the former Wigan Athletic man.

The Lilywhites were behind at that point, Jordan Storey unluckily diverting Yannick Bolasie’s cross past Daniel Iversen midway through the first half, but it was the sending-off that changed the game, with manager Alex Neil also seeing red on the pitch at half-time after confronting the match official.

The boss had made four changes to the side before the game and until the red card, the visitors were excellent, despite the goal from Middlesbrough’s only attempt.

Paul Gallagher – who took the armband after Browne’s early departure – Liam Lindsay, Tom Barkhuizen and Brad Potts came into the side and it was the blue-clad PNE that were on the front foot from the off.

On nine minutes, a great first-time ball from Gallagher from the right, was spilled by Marcus Bettinelli, but Dael Fry cleared away from Scott Sinclair.

Soon after, some pressure from PNE eventually saw Browne find the lively Ched Evans, who laid the ball back to Sepp van den Berg and he rattled the crossbar from outside the right corner of the penalty area.

But on 22 minutes, Neil Warnok’s side were in front when a cross from Bolasie on the left was sliced into his own net by Storey.

Within 90 seconds, North End thought they were level as Gallagher’s corner was headed down by Storey, spilled by Bettinelli and Sinclair fired home, but the flag went up.

But it was on 36 minutes that one of the game's key incidents occurred. The ball had gone down the line and off the ball, Morsy twice elbowed Browne in the face. The Irish international reacted by flicking out his right leg and the red card then came out.

The remaining ten minutes were played with almost disbelief by PNE, without any threat from Boro, but after the half-time whistle, the manager approached the referee and the red card again came out.

At the interval, Jayson Molumby came on for Scott Sinclair, with Warnock taking Morsy out of the firing line with Marcus Tavernier replacing the midfielder.

But the home side went two ahead on 51 minutes. A brilliant save by Iversen had kept out Paddy McNair moments earlier, but the second was created by the same man, who drove into the box and pulled the ball back, with a shot coming off the bar from Neeskens Kebano before it fell to substitute Tavernier, who nodded home from close range.

Emil Riis and Daniel Johnson – who became the third captain of the game for PNE – came on for Barkhuizen and Gallagher with ten minutes of the second period to try and get the game back to just one goal between them.

Darnell Fisher went into the referee’s book for bringing down Molumby after a driving run from the left by the Irishman, before Ben Whiteman replaced Evans, with Riis in attack in a 4-4-1 formation.

Despite the changes, the numbers game made it hard for PNE to have the dominance they enjoyed until the sending-off, but in the final five minutes, a left-wing cross from Joe Rafferty – who had come on for Lindsay – found Storey on the penalty spot, but his downward header was claimed by Bettinelli and the game finished 2-0.


Preston North End’s game against Middlesbrough at the Riverside Stadium will now kick-off at 7pm.