The last game before the final international break is the 46th league meeting between Preston North End and Luton Town, when the Hatters visit Deepdale this Saturday.

The Lilywhites lead the head-to-head with 23 wins to the visitors’ 12 in the previous 45 games played, since their first league meeting back in September 1949.

Nathan Jones’ men have picked up some good results of late, their only defeats in recent weeks coming at the hands of automatic promotion chasers Norwich City and Swansea City.

For PNE, it is the first of back-to-back home games, almost two weeks apart, with the international break coming in between this game and the Good Friday game against table-toppers Norwich City in PR1.

Team News
Alex Neil is without skipper Alan Browne, who sits out the first of three games following his red card against Middlesbrough on Tuesday night.

He will join the injured on the sidelines, with Ryan Ledson and Greg Cunningham both needing late checks, whilst long-term casualties Declan Rudd and Patrick Bauer are out for the season.

Louis Moult is back in training, but is some weeks away from a return to action, after 18 months away from first team matches.

Luton manager Nathan has made one change for their midweek win over Coventry, with Glen Rea replacing Dan Potts, who was forced off the field with a head injury the previous weekend. George Moncur was also back amongst the substitutes. 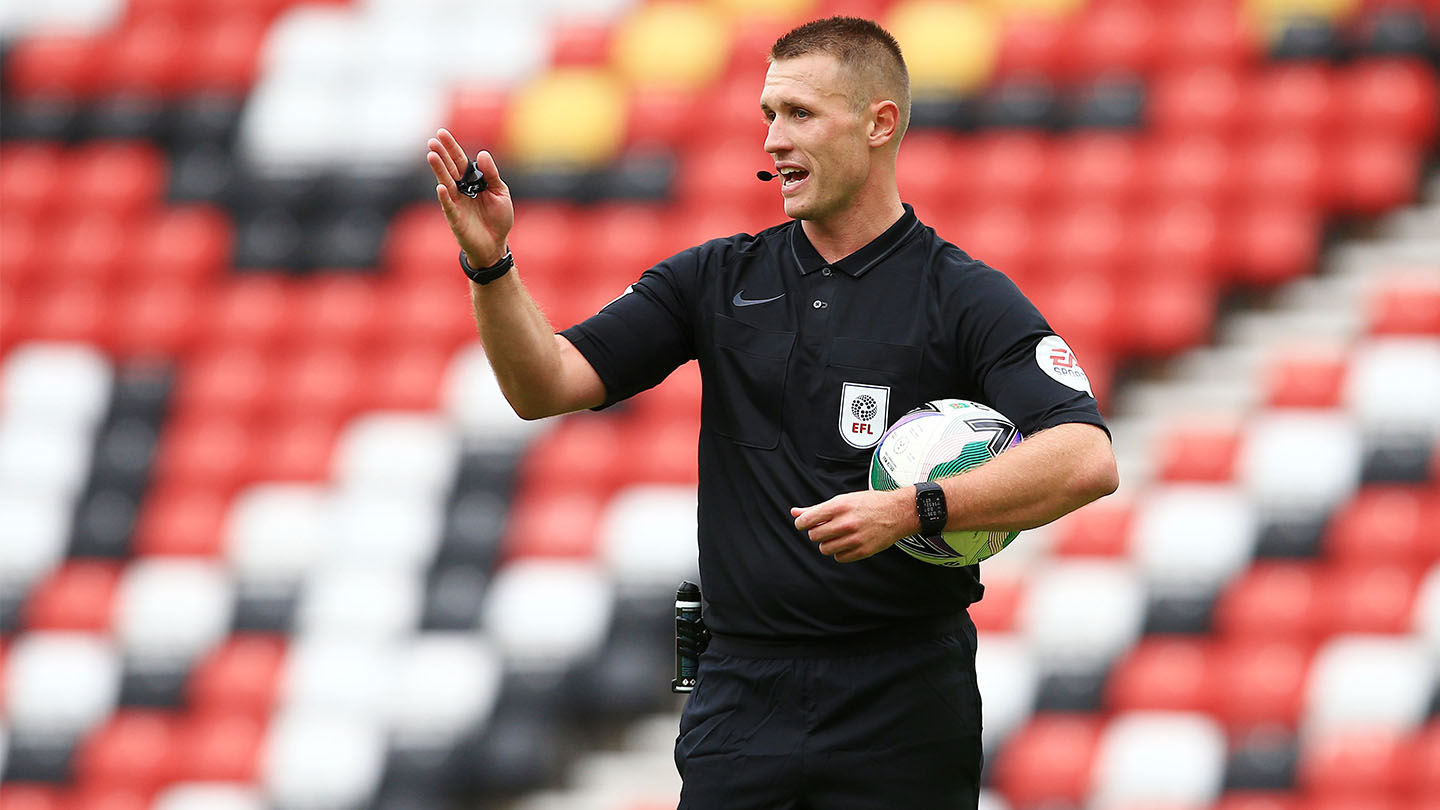 Match Officials
Taking charge of his Saturday’s game is a referee who will be officiating his very first game at Championship level, Thomas Bramall.

This season he has refereed 26 games in in League’s One and Two, with 61 cautions issued and four red cards in those games. He has never taken charge of PNE before, but has done two Luton games away from home in League One in 2018/19.

He will be assisted by Mark Jones and Steven Meredith and the fourth official will be in that role at Deepdale for the second game in a row, Championship referee Jeremy Simpson.

Linked Stories
Alex Neil Has Tunnel Vision On Luton Town: Preston North End manager Alex Neil says that anything on the periphery should not concern his side as they focus on the visit of Luton Town to Deepdale this weekend. Click here for the full interview.

A Match To Remember: We go back 15 years for our feature today, which saw the Lilywhites earn their biggest ever win over the Hatters. Click here for the details.

Sepp van den Berg Enjoying Right Back Role: Preston North End’s on loan Liverpool defender Sepp van den Berg is enjoying the game time he is getting and his role on the right side of the Lilywhites’ back line. Click here for Sepp’s thoughts.

The One And Only Issue 19: This weekend’s edition of The One And Only matchday programme sees defender Andrew Hughes as the cover star. Click here for more information and to order your copy.

A Foot In Both Camps: To look ahead to the Lilywhites’ match against Luton Town this weekend, iFollow PNE caught up with a former player of both clubs, Keith Keane. Click here to read the interview.

The Lilywhites made five changes to the side that faced Middlesbrough in midweek; Andrew Hughes out with injury, with Ryan Ledson back, the No.18 having missed all the games since the win at Blackburn.

And the hosts started brightly and could have had a penalty after only 12 seconds, Kal Naismith seemingly bringing down Ched Evans on the right-side of the penalty area, but first time Championship referee Thomas Bramall waved play on.

Nathan Jones’ men were restricted to a couple of deflected shots in the first half, Elijah Adebayo seeing his effort blocked by Jordan Storey.

But another penalty shout for PNE was dismissed after a dozen minutes. Again, Evans was the man at the heart of the incident, Matty Pearson dragging the frontman’s arm back as he ran through – only for the match official to once again wave away the claims.

Evans had a header blocked by Naismith at the mid-point of the half, from Sepp van den Berg’s cross, and the on loan Liverpool defender got up to meet Ledson’s right-wing corner, but the effort flashed over the bar.

Right on half-time, Daniel Iversen was required for the first time, making a good save, down low to his right, to palm away a deflected shot from Pelly Mpanzu.

A minute later, Adebayo saw a header palmed away by Iversen after ball in from James Bree, with Joe Rafferty – who had come in for Hughes - cleaning up.

With just less than 20 minutes left, a brilliant save by the Hatters’ keeper Simon Sluga denied Evans the opener. It came from a ball in from substitute Sean Maguire, who fed through to the Welshman, only for his shot to be smothered for a corner.

And the winner came with seven minutes left, as Mpanzu’s right-wing corner was met by Kiernan Dewsbury-Hall, with Iversen making a fine stop, only for the ball to be squeezed in from the byline by James Collins, off the North End stopper.

With Brad Potts, Billy Bodin and Paul Gallagher all added to the attacking options, Tom Barkhuizen – who had come on with Maguire – launched a long throw into the box with a couple of minutes left and Jordan Storey got a flicked header onto the ball. Sluga again saved, with the ball falling to Maguire, but he was unable to keep his shot down and Luton held on for the win.