North End make the short trip across the Pennines for their second away game of the week, as they take on Carlos Corberán’s Huddersfield Town on Saturday afternoon.

The former Leeds United U23 coach took over at the John Smith’s Stadium in the summer and has done an excellent job so far, with the Terriers five games unbeaten in recent weeks.

The last game between the two sides saw a goalless draw played out in July, our hosts then under the management of the Cowley brothers, but this one is set to be very different to the last one.

A change of style has coincided with the change in results and it will be a tough test for PNE, who have one less recovery day after their midweek victory over Queens Park Rangers in the capital on Wednesday night.

Team News
Manager Alex Neil will again wait until last minute before checking on the availability of the two Ben’s, Pearson and Davies, who missed the trip to QPR in the week.

Darnell Fisher and Louis Moult are the only other players who will definitely be absent, with no new injury concerns picked up during the game in London.

For the hosts, Danny Ward needs more time for recovery and Álex Vallejo is in an isolation period, after signing at the end of the window, but Corberán has no other injury worries.

Opposition View
Carlos Corberán: “Alex Neil is working very well with Preston. They're a very aggressive team without the ball. You know they will press. This game will be a challenge and a demanding game."

Richard Stearman: “Preston are a very hard working and well organised side. They got a good win the other night and their away form is pretty good.” 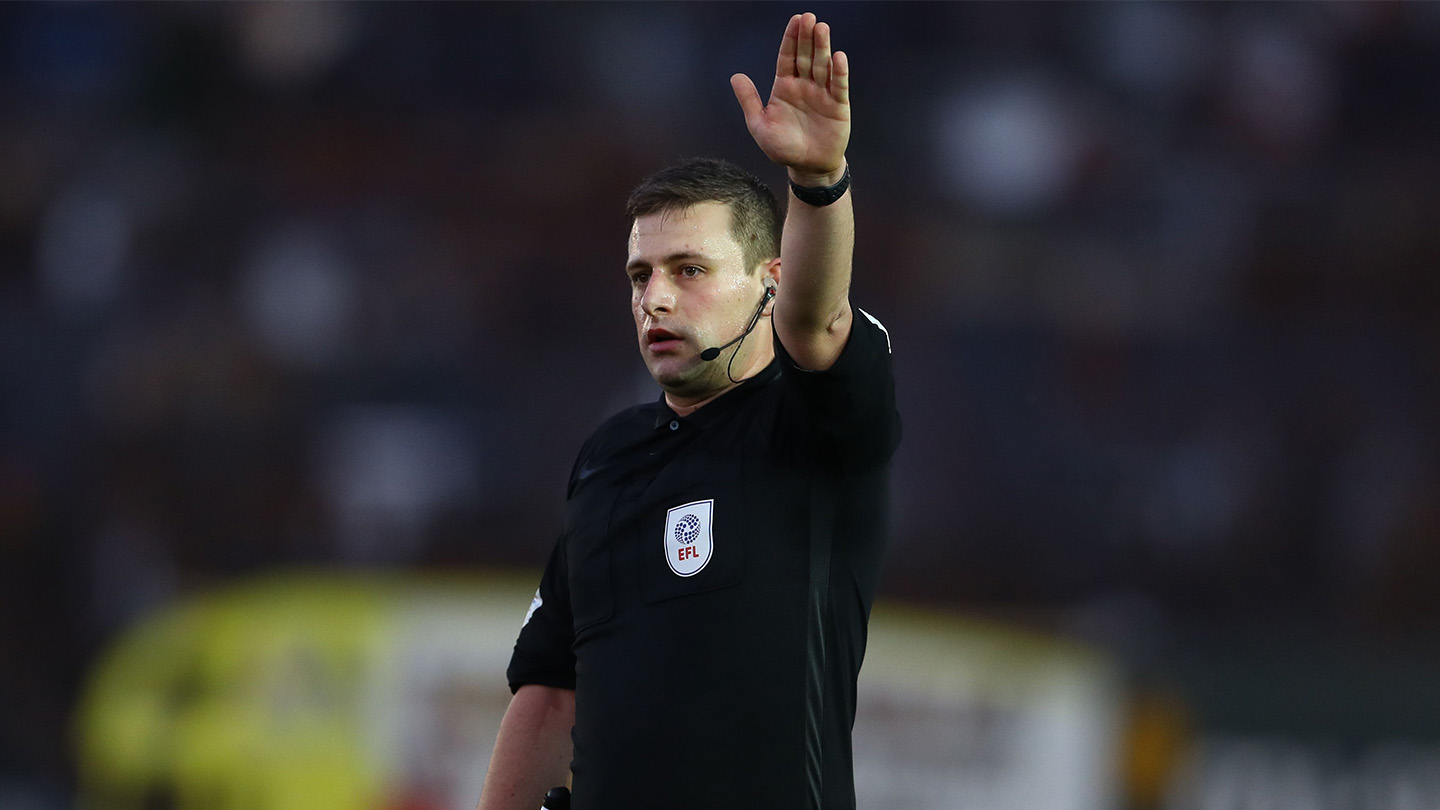 Match Officials
Josh Smith will referee the game, his first ever game officiating either North End or Huddersfield and only his second ever Championship game, his first being the goalless draw between Barnsley and Coventry City last month.

It is just his second year on the EFL lists and this will be his seventh game of the season, having so far issued 13 cautions and no red cards in the games refereed to this point.

He will be assisted by Rob Merchant and Ian Cooper, with experience official David Webb the fourth official.

Jonathan Breeze and former North End striker Brett Ormerod are on commentary duties, with replays, graphics and coverage from the John Smith’s Stadium from 2.45pm on Saturday afternoon.

Linked Stories
Alex Neil On Facing ‘Extremely Different’ Terriers: Manager Alex Neil says it is a very different Huddersfield Town his side will face on Saturday to the one they played at the John Smith’s Stadium back in July. Click here for the full interview.

A Match To Remember: We go back 30 years in our latest look back to memorable matches from the past against our latest opponent. Click here for the details.

A Foot In Both Camps - Huddersfield Town: Former North End captain and player of the year winner Chris Lucketti looks ahead to a clash of his former clubs at the John Smith’s Stadium at the weekend. Click here to see what he had to say.

A brilliant second half display saw North End come from a goal down to defeat Huddersfield Town 2-1 at the John Smith’s Stadium.

Skipper Alan Browne scored both goals in a brilliant comeback as the Lilywhites reacted superbly to going behind early to Frazier Campbell’s eighth minute goal.

It was the same team for Alex Neil that had taken the points at Queens Park Rangers, but a change of shape, with Andrew Hughes, Patrick Bauer and Jordan Storey making up a back three.

It meant that top scorer Scott Sinclair partnered Emil Riis in a two-pronged attack, with Daniel Johnson pulling the strings behind them.

The Terriers took an early lead when Lewis O’Brien threaded a ball through and Frazier Campbell managed to stretch and toe-poke the ball under Declan Rudd after just eight minutes.

However, the majority of the first half saw North End in the ascendency. On the quarter hour mark, a corner won by Riis saw Ryan Ledson cross and Bauer got a powerful header in, but it hit the back of Riis and flew over.

Just after the half hour mark, a big chance came as Sinclair picked up a bouncing ball behind Richard Stearman and was in on goal, but he sliced a left foot shot just inches wide of the left-hand post from 15 yards.

Shortly after, Riis brilliantly controlled Ledson’s ball from the left, chested it down and got off a vicious right foot shot, but Naby Sarr made a last-ditch block to put the ball behind.

North End’s No.1 Declan Rudd was needed to make a good save just before the interval to deny Pipa, as the full back checked in from the right and curled a left foot shot towards the bottom left corner from the edge of the penalty area.

But in the sixth minute of the second half, the greens were level, and it was skipper Alan Browne who scored a wonderful goal. Brad Potts did a great job down the left, pulled the ball back for the Irishman to win a tackle and get the ball back at the second attempt and curl a right-footed strike into the right corner.

And less than two minutes later, the same man did it again! This time Joe Rafferty’s high and deep cross from the left came in to the back post, which Ben Hamer failed to claim, and Browne brilliantly hooked the ball back over his shoulder and into the empty net.

On 65 minutes, North End looked to have a clear penalty when Brad Potts was sent through and Naby Sarr brought him down from behind, but nothing was given by referee Josh Smith. However, PNE continued to press and Riis followed in seconds later and saw his effort deflected behind for a brace of corners that eventually saw Browne’s on-target effort blocked.

With 12 minuites left, the home side went down to ten men when Riis was clear through on goal, but he was pulled down by Naby Sarr, with the match official no choice but to pull out the red card.

Riis continued to cause all sorts of problems and combined with Potts with nine minutes left and hit a vicious shot that Hamer did brilliantly to palm up and then claim.

Injury time – where the referee played seven after signalling five – was frenetic! Barkhuizen was somehow denied by Hamer and then Riis smashed the crossbar with a brilliant effort from 18 yards, but the game remained 2-1 and North End made it three straight away wins.