Preston North End will look to pick up their first home points of the season when they face Birmingham City at Deepdale on Saturday afternoon.

Since the Lilywhites faced the Blues in the final home game of the extended 2019/20 season, this weekend’s visitors to Deepdale have had a change of manager, with Aitor Karanka taking up the hot seat at St Andrews.

The former Middlesbrough and Nottingham Forest boss came up against Alex Neil in the 2015 Championship Play-Off Final, so they will certainly know plenty about each other’s styles and it will make it an intriguing encounter.

iFollow PNE will have all the coverage of the game, with Ross Wallace, the former PNE winger – who famously scored a fantastic late winner against Birmingham City to help his side reach the 2008/09 Championship Play-Offs – joining Jonathan Breeze for full match commentary.

Team News
Both Ben Davies (ankle) and Ben Pearson (groin) are closer to a return to action, along with full back Darnell Fisher (hamstring), but Louis Moult continues his rehabilitation.

With a virus having hit the squad hard on Wednesday night, with Patrick Bauer withdrawn at half-time – on his birthday – due to the issues, the manager will have to make a late check on the health as well as fitness, before deciding on availability.

For the visitors, Aitor Karanka will have a headache in the middle of the pitch, after former Leeds and Middlesbrough midfielder Adam Clayton picked up an ankle injury in the late win over Huddersfield Town. 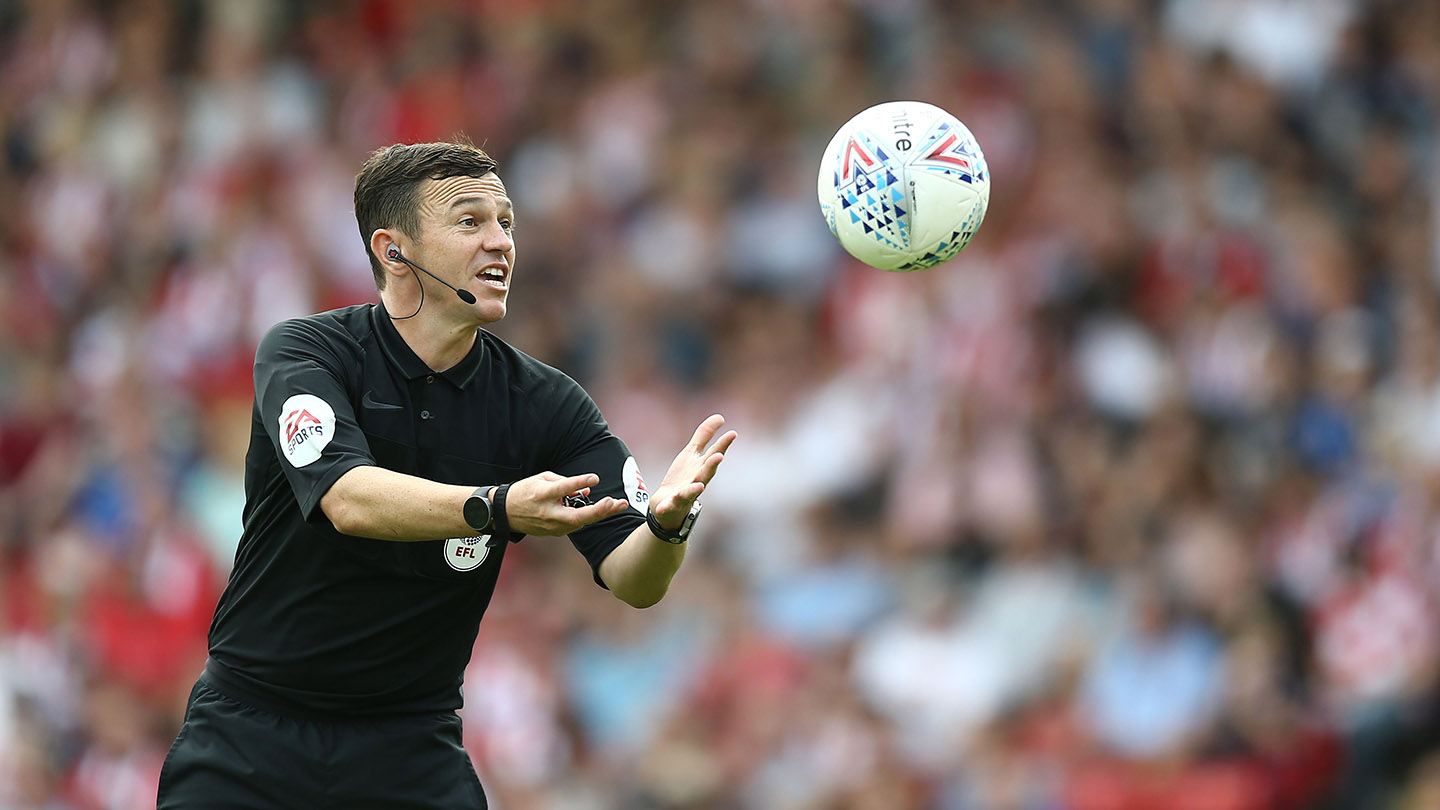 Match Officials
For the first time this season, north east official Tony Harrington will take charge of the Lilywhites for Saturday’s game.

He took charge of just one game last season, the home game with our last opponents Gary Rowett’s Millwall at Deepdale, but he has already refereed Birmingham City this season, their opening day win over Brentford at St Andrews.

In 2018/19 he took charge of three PNE games, the March trip to Reading, the 2-0 cup win at Leeds United back in August 2018 and the home game against West Bromwich Albion that autumn.

This will be the Cleveland referee’s 7th game of the season and so far he had issued 19 cautions and no red cards.

He will be joined by assistants Nick Greenhalgh and Nik Barnard, whilst Shaun Hudson will be the fourth official.

Jonathan Breeze and former North End captain Ross Wallace are on commentary duties, with replays, graphics and coverage from Deepdale from 2.45pm on Saturday afternoon.

Linked Stories
Tom Barkhuizen Looking For Imagination And Creativity: Preston North End forward Tom Barkhuizen says the Lilywhites have to be more imaginative around the opposition penalty area as the side prepare to face Birmingham City at Deepdale. Click here for the full interview.

A Match To Remember: We go back to a night under the lights at Deepdale back in 1992 for our latest look back at memorable games of our next opponents. Click here for the details.

Alex Neil Says Onus On His Side: Preston North End manager Alex Neil says his side must take the responsibility to move the ball well and create opportunities as they face Aitor Karanka’s Birmingham City at Deepdale on Saturday. Click here for Alex’s thoughts.

A Foot In Both Camps – Birmingham City: We caught up with Mick Rathbone this week – a man who will certainly be taking a big interest in Saturday’s fixture between Preston North End and Birmingham City given his history with the two. Click here to see what he had to say.

Order Your Match Programme: The fifth edition of this season’s The One And Only matchday programme is available now for order, including a chat with Emil Riis. Click here to place your order.

A wonder-goal from Jayden Stockley was unfortunately not enough for the Lilywhites as Birmingham City grabbed a late win at Deepdale.

The North End striker scored a superb 30-yard volley to level matters, after the Blues had taken the lead inside 90 seconds through Riley McGree, but substitute Gary Gardner scored against the run of play with five minutes to go to give Aitor Karanka’s side the win.

Both sides had made five changes before the game, with Darnell Fisher returning for PNE after injury and Josh Harrop, Tom Barkhuizen, Paul Gallagher and Stockley all earning starting slots.

But the home side faced an early set back as Jonathan Leko burst through the middle and found Lukas Jutkiewicz, who in turn played the ball across goal for Australian McGree to fire home from 12 yards out.

The visitors immediately sat back into their shape and invited North End to break them down and they were almost level immediately when Harrop found space on the left and lifted a left-footed cross into the area for Stockley to head down, but Neil Etheridge saved and gathered at the second attempt.

They were on parity though at the half’s mid-point as a brilliant a quick-thinking driven pass from Declan Rudd, in the direction of Barkhuizen, was headed up in the air by City skipper Harlee Dean and Stockley brought it down with his chest, before allowing it to bounce and hitting the lofted ball up and over Etheridge into the top left-hand corner of the goal at the Bill Shankly Kop end from 30 yards out.

There were great chances to go ahead either side of half-time. Firstly, on 33 minutes, the ball was played in from the left into Gallagher in the left corner of the penalty area. He looked up and saw Browne completely unmarked eight yards out in a central position, but the PNE captain was unaware of the time and space he had and looked to quickly backheel the pass past Etheridge, but could only find the ’keeper.

Then nine minutes into the second period, Browne again did superbly to win the ball off Ivan Sanchez on the half-way line and then drove towards the box before finding Gallagher on the edge of the ‘D’. He feinted to shoot, but played a clever ball in to the right side of the box for the run of Barkhuizen, who fired hard and low towards the bottom left-hand corner, only for the former Cardiff City stopper to make another fine stop.

But the attack wasn’t over and the ball was recycled out to Daniel Johnson 35 yards out, who pushed the ball out to Fisher on the right, who looked up and delivered a first time cross to the back post to where Browne again rose highest and powered a header in, but couldn’t keep it down and it flew just over the cross bar.

And the red-clad visitors scored what proved to be the winner with five minutes left on the clock as Mikel San Jose delivered a quick cross from the right and substitute Gardner, who had been on the pitch less than 60 seconds, headed home with his first touch past Rudd.

Back up the other end and it looked like PNE had earned what would have been a deserved point with two minutes to go when Barkhuizen, in a left-hand channel opened up his body and curled an effort towards the top right corner – similar to his 2019/20 goal against Blackburn, only another ten yards further out – but somehow Etheridge, at full-stretch, got up and tipped the ball over the bar for a corner and Birmingham held on for the win.