Preston North End face two Premier League sides in the space of 48 hours as they complete their pre-season schedule this weekend.

The first game sees a trip to face Sheffield United at Bramall Lane on Friday afternoon, the Lilywhites’ first trip to play the Blades on their own patch since September 2018, when David McGoldrick gave the home side a late win, despite PNE coming from 2-0 down to level matters in the closing stages.

Since then Chris Wilder’s side have gone on to gain promotion to the Premier League and had an excellent first season back in the top flight, fighting right until the closing stages of the campaign for a place in Europe.

Declan Rudd, Darnell Fisher and Louis Moult are all also expected to miss out on the trip across to South Yorkshire, but the first two will be hoping to be fit by the time the first league game comes around against Swansea City in a week’s time. 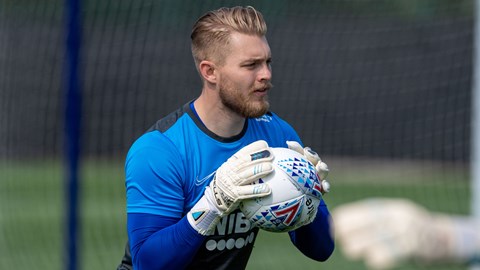 The game will be streamed live on iFollow PNE, with full details of how you can sign up available by clicking here. Simon Crabtree will be joined on the Bramall Lane gantry by Chris Brown to bring you all the coverage at the game.

As the article explains, the game is being shown live in a number of regions around the world, so check out the article above if you live in one of those countries, to see where you can access the game, as the stream will not be available in those regions.

The new away strip, which goes on sale from Friday morning, will again be worn by the North End team in the clash with United – and you can get yours from the shop at Deepdale between 10am and 3pm or online by clicking here.

Preston North End grabbed a deserved equaliser with the last touch of the game against Chris Wilder’s Sheffield United at Bramall Lane. 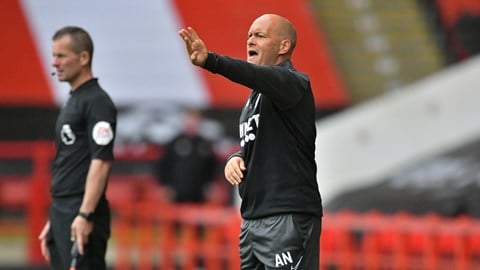 Alex Neil’s men twice came from behind to stay unbeaten in pre-season, in their penultimate outing before the Championship kicks-off at home to Swansea City in a week’s time.

John Lundstram gave the hosts the lead, against the run of play, nine minutes before half-time, but the sides exchanged penalties before the hour mark, firstly Daniel Johnson levelling matters, before home skipper Billy Sharp put his team back in front just before the hour mark.

However, in the final move of the match, two North End substitutes combined, with Jayden Stockley bravely getting on the end of Paul Gallagher’s left-wing corner to head home past Wes Foderingham to make it 2-2.

It was an entertaining game, with the Lilywhites in their new blue away kit, skippered by Johnson, coming into the game after the opening 20 minutes, when the best chance fell the way of the home side, Ben Osborn crossing from the left, winning a corner off Patrick Bauer, before Scott Sinclair made a good block to deny Lundstram’s effort from the right corner of the penalty area.

This opportunity brought PNE to life. Billy Bodin saw a left foot shot saved by former Rangers man Foderingham after good build up play by Ben Pearson and Andrew Hughes before the woodwork twice denied them an opener in five seconds!

It was 32 minutes in and Sinclair managed to evade three tackles and he blasted away through the middle of the Blades defence before finding himself in on goal, the former Celtic man beating his former close Glasgow rival with a shot across the ’keeper, only for it to come off the right-hand upright. It fell perfectly for Tom Barkhuizen, but his shot back towards goal also came off the same post and out for the goal kick.

And, like most teams that finish in the top half of the Premier League, they punished North End’s profligacy by taking the lead shortly after, Kean Bryan’s cross from the left finding Oli McBurnie, who laid the ball off to Lunstram, five yards further in than his earlier effort, this time finding the bottom left corner of Mathew Hudson’s goal, the young stopper having no chance.

The visitors made a short-lived change at the break Lys Mousset – who was later substituted himself after an injury – replacing McBurnie and the Frenchman was close to a second less than 90 seconds into the second half, bursting free and beating Hudson, but also dragging his shot wide of the left-hand post.

And this time it was the visitors who did the punishing for the miss as Barkhuizen – a constant menace in the latter period – getting in behind the United defence and forcing Jack Robinson to bring him down in the penalty area, with Premier League official Jon Moss having no hesitancy in pointing to the spot.

Johnson took in and coolly sent the goalkeeper who lined up against PNE in the 2015 Play-Off Final the wrong way to level matters, the ball nestling in the bottom right corner. 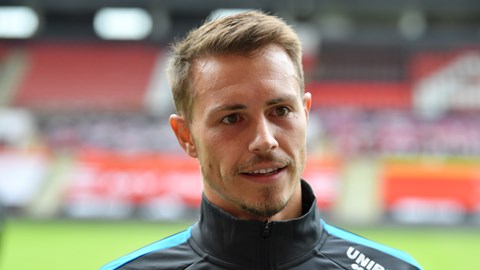 But within three minutes, the official was again pointing to the mark 12 yards from goal, this time in PNE’s penalty area, when he adjudged Pearson handled the ball; Chris Ward the closest assistant making the decision.

Captain Sharp stepped up and send Hudson the wrong way to put his side back in front.

On the hour mark Barkhuizen again used his pace to burst through on goal, down a right-hand channel, before seeing Johnson’s run and finding him with a good squared ball, but the No.11 also tried to then pass it on again, to Sinclair, however, he was not as close as DJ had perceived and ball was cleared.

Sinclair, who was a real thorn in the side of steel city side, found Barkhuizen again with a ball in behind on the left and the attacker burst into the box, before firing with his right foot, but the shot was straight into the arms of Foderingham.

With 15 minutes left another good chance came when Johnson burst his way through and fed Bodin in space, but the Welsh winger was unable to get his shot away and on the counter the Blades went close to extending their lead as Osborn hit a wicked left-foot shot that cannoned back off the left stanchion of post and bar, Joe Rafferty neatly tidying up with a cool header back into the arms of Hudson from the rebound.

Two chances to equaliser came in the last three minutes, as Rafferty crossed from the right, flicked on by substitute Brad Potts, but it was taken off the feet of Stockley by Chris Basham and then Potts himself saw Foderingham make a fine save with his feet to deny him from 12 yards.

But with the game entering the final few seconds, the one final chance came and Gallagher delivered a near perfect left wing corner and a brave leap from Stockley in between Phil Jagielka and Basham saw him get a perfect header on the ball to divert it down into the right corner of the goal for a much-deserved equaliser, followed by Mr Moss’ whistle to draw an entertaining game and a great work out for both sides to a close.