We start to move towards a semblance of normality this weekend, with a small number of supporters being allowed in for Preston North End’s trip to face Norwich City at Carrow Road. 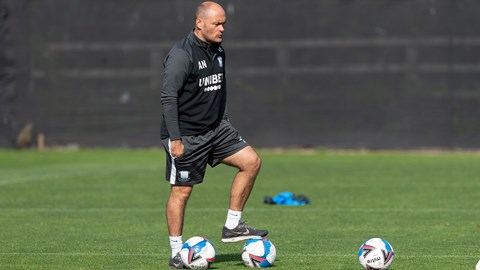 The game is one of a series of pilot events allowing 1,000 home supporters into the stadium and it is a cracker for those allowed in, as Alex Neil takes his side back to his former club.

The Lilywhites, buoyed by the midweek cup win over Derby County at Pride Park, are looking for their first three points of the season, whilst Daniel Farke’s men will be looking to build on Adam Idah’s late winning goal at Huddersfield Town in their opener last Saturday.

The PNE boss had fellow ex-City man Declan Rudd back in the line-up for the win over the Rams, having not played since the final game of 2019/20 down at Bristol City, following an injury early in pre-season and he too will hope for a chance to play against his former employers.

Team News
As mentioned above, Declan Rudd returned to the starting XI against the Rams and he will compete with Connor Ripley for a start down in his home city.

Louis Moult and Josh Earl are still both unavailable, but otherwise the manager has a fully fit squad to choose from and will have some tough calls to make given the performances in midweek, after ten changes to the opening day team against Swansea City.

For their opening league gamem Norwich City midfielder Josh Martin was unavailable due to a calf strain during their Carabao Cup tie against Luton Town, but he could return to face the Lilywhites.

Long-term absentees Grant Hanley and Sam Byram continue their rehabilitation, but there are no additional concerns for the Canaries boss. 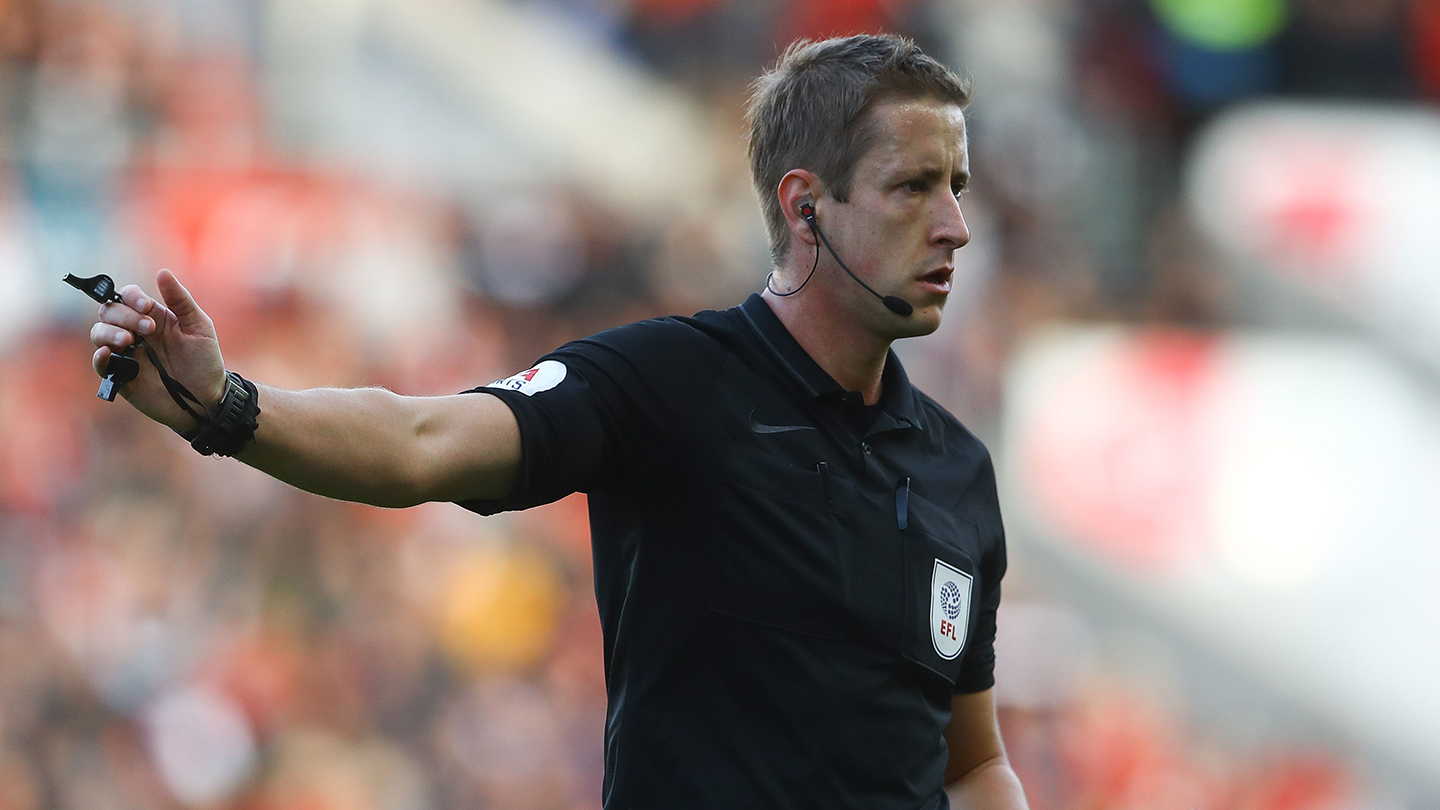 Match Officials
For this Saturday’s first away game, we have the referee who took charge of our first game after lockdown, at Luton’s Kenilworth Road, which was his his fourth Preston North End game of the 2019/20 season.

The match official for the trip to Carrow Road is John Brooks, now in his third season on the Select Group Two list of referees.

The Leicestershire ref was in charge of North End’s 3-2 home win over Millwall in December 2018 and the 3-1 home victory over Stoke City in front of the Sky Sports cameras back in August 2019, as well as the New Year’s Day clash with Middlesbrough in PR1.

Last year, in the month before the pausing of the Championship, he also refereed the Lilywhites’ victory over Stoke City at the Bet365 Stadium, when Tom Barkhuizen and Alan Browne were the scorers.

So far this season he has officiated Bristol City’s 2-1 opening day win and Brentford’s 2-0 cup shock success at Southampton on Wednesday night, issuing seven yellow cards in the games.

He will be assisted by Akil Howson and Nick Greenhalgh, whilst the fourth official will be George Byrne.

Guy Clarke and a guest co-commentator are on commentary duties, with replays, graphics and coverage from Carrow Road from 2.45pm on Saturday afternoon.

Linked Stories
Alex Neil On Another New Challenge: Over the past six months, football has had to deal with a number of new experiences and Preston North End manager Alex Neil says that playing in front of a vastly reduced crowd in the next of those when his side face Norwich City in one of the pilot events this Saturday afternoon. Click here for the full interview.

A Match To Remember: The first game of the new calendar year back in 2006 is the match we look back to ahead of our latest trip to face Norwich City at Carrow Road. Click here for the details.

Ben Pearson Hoping Fans Provide Extra Adrenaline Rush: Preston North End’s trip to Norwich City this weekend has been chosen as one of the pilot games where fans will be allowed back into stadia and midfielder Ben Pearson is seeing it as a boost. Click here for Pearo’s thoughts.

A Foot In Both Camps: Norwich City - We speak to former Preston North End and Norwich City striker Chris Brown to look ahead to the meeting of the two sides at Carrow Road this weekend. Click here to see what he had to say.

Preston North End had to settle for a point at Carrow Road, despite leading twice; putting in an excellent performance.

Scott Sinclair converted from the penalty spot after a foul on Ben Davies, before Teemu Pukki equalised, only for Darnell Fisher to score his first goal for the club with an excellent strike, but the points were shared when Przemyslaw Placheta fired home five minutes from time.

Like the win over Derby County in midweek, it was a performance played on the front foot in the first half at Carrow Road, played in front of supporters for the first time since March.

And it was deserved when they went in front on 14 minutes. Alan Browne had won a right-wing corner that Joe Rafferty – one of six players to retain their place from Tuesday’s win at Pride Park – crossed and as it headed the way of Ben Davies, Xavi Quintilla pushed the No.6 from behind, with referee John Brooks in an excellent position to point straight to the penalty spot.

With Daniel Johnson injured and Paul Gallagher on the substitutes bench, it was Sinclair who stepped up and waited for Tim Krul to dive to his right, with the ex-Celtic man putting it to his right to make it 1-0.

However, the visitors levelled with their only attempt on target in the opening half, as Quintilla delivered a cross from the right touchline, that Teemu Pukki glanced past Declan Rudd and off the right-hand post and into the net to make it 1-1.

The hosts had a positive spell in the ten minutes after the goal, Rudd doing extremely well to come out and make a smothering block at the feet on Pukki of 38 minutes, but it was North End who went in ahead at the break.

Three minutes before the interval a superb defence-splitting pass from Ryan Ledson opened up the Canaries defence for Sinclair to slip in and shoot left-footed across goal, beating Krul, but only for Ben Godfrey to chest it out to Fisher ten yards out, who hit a superbly timed volley back into the middle of the goal, his first goal for the club and his first for any club for four-and-a-half-years!

Straight after the break and Quintilla was lucky to stay on the pitch as he looked to be the last man as he brought down Sinclair on the right-edge of the penalty area. The winger got the free kick on target, but it caught the outside of the wall and went behind for a corner.

Two corners from Rafferty followed, causing all sorts of problems in the penalty area, with Maguire’s header eventually finding Krul, after Bauer’s initial downward header had found Browne in the box for a shot.

There was a let off at the mid-point though as Irish international substitute Adam Idah had a left-foot shot that Rudd got down low to make a fine stop to, only for the ball to fall for another change Przemyslaw Placheta, who fired over the bar from eight yards out with Rudd still on the floor.

And it was the Polish international who drew his side level in fortunate circumstances, firing home at the second attempt, when his initial effort from Max Aarons’ cross came back to him off Bauer’s block with five minutes to go.

In the fifth minute of added time, where PNE seemed to be the team on the front foot, Teemu Pukki brought a top class save from Rudd, tipping over the striker’s volley from Placheta’s cross from the left – it was a reflex save, but a vital one as the final whistle followed shortly after.