The 2020/21 Championship season begins at Deepdale on Saturday afternoon when Preston North End host Swansea City in a 3pm kick-off.

It will only be 45 days since the Swans’ Play-Off semi-final defeat to Brentford and 52 days since North End last faced competitive league action, but the action begins again in PR1.

Both sides last locked horns in January, when former ‘Jack’ Scott Sinclair scoring his first goal for his new club, before on-loan Liverpool striker Rhian Brewster grabbed an equaliser and a point for the visitors.

There have been changes to the Welsh side’s squad over the summer, with a number of players departing at the end of last season, but Steve Cooper will again be hoping to follow up a top six finish with a push for a return to the Premier League.

Team News
PNE manager Alex Neil will be hoping to have a near to fully-fit squad for the clash with one of the two Welsh sides coming to Deepdale in the first three home games.

Goalkeeper Declan Rudd is back out on the grass and will be assessed before the squad is named to face the Swans, with just Louis Moult unavailable as he continues to build his fitness after missing a year following a knee injury suffered against the same opponents at the Liberty Stadium last August.

Should he choose to do the same at Deepdale, there will be a number of questions in his mind. If he persists with a back three, one of Joe Rodon, Marc Guehi, Ben Cabango and Kyle Naughton will have to start on the bench, with Connor Roberts and Jake Bidwell the most likely to feature in the wing-back slots.

In midfield, George Byers is currently recovering from a groin injury meaning Jay Fulton will compete with captain Matt Grimes and summer signing Korey Smith for a start. Former Bristol City man Smith sustained a knock in the South Wales derby contest, and was substituted, but he should be in contention to make his league debut at Deepdale.

Opposition View
Swans manager Steve Cooper is expecting a difficult game when he brings his side to the north west at the weekend and feels the consistency in the Lilywhites squad is to its advantage.

“It’s going to be a tough game," he told the press at his online pre-match press conference. "It was last year. Preston are a really good outfit. They play in a very aggressive style of football that can be hard to play against.

"They’re more or less the same squad as last year, which was a strong one. They’ve got a chance to continue with their good work.

"It’s a tough game to get the campaign up and running. But we look forward to it and we’ll be ready for it.”

He also thinks the condensed season will add some extra challenges: “I think there’s going to be some really busy periods throughout the schedule that’ll end up probably being defining.

"We’re going into some unknown periods because of the timing of the start and the end of the season. It’s going to be really busy and a new experience for all of us. But we have to tackle it head on, like we did after lockdown.

"We haven’t had a long pre-season. We’ve got to work hard to hit the ground running as quick as we can.”

So, is he and the squad looking to go one better than last year's Play-Off defeat? “We’re not looking as far as that. We’ve got to be careful not to compare everything to last season. Lots of players left.

“We’re completely focused on Preston. We’ll take it step by step and in the end you end up where you deserve to be. It’s a while yet until anybody will be looking at league positions. Look at the short-term and focus on what you’re in control of.” 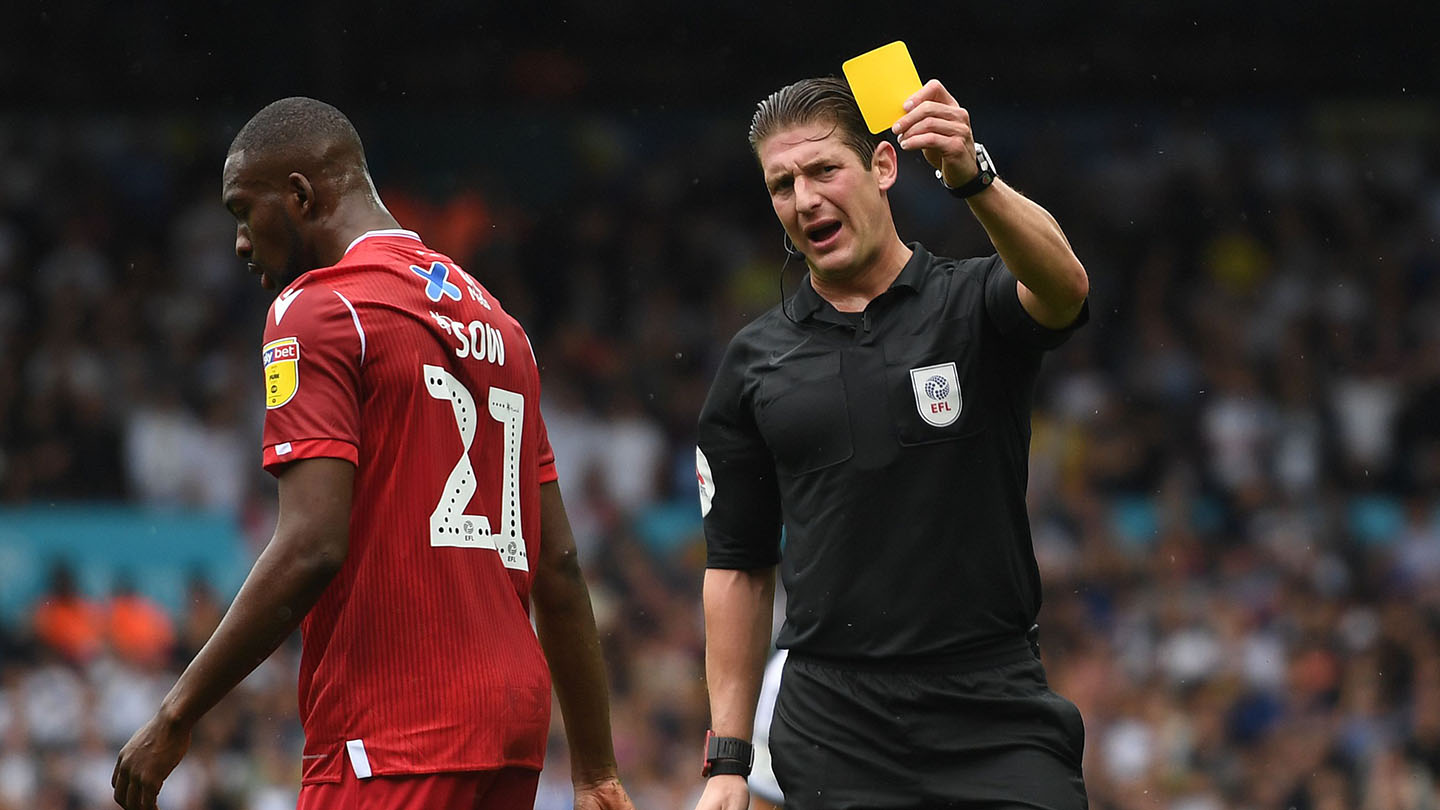 Match Officials
The match official for is Robert Jones, who we only saw a week ago in the Lilywhites’ final pre-season friendly at Everton.

The referee, from Merseyside, is in his fifth season on the EFL lists. He has officiated five North End games during his career the last being the home win over Sheffield Wednesday in the earlier stages of last season.

He took charge of last season’s League One Play-Off Final between Oxford United and Northampton Town at Wembley.

The assistants for the game will be Adrian Holmes and James Mainwaring while Richard Wild is the fourth official.

Linked Stories
Alex Neil Prepared For ‘Difficult Choices’: Preston North End manager Alex Neil has almost a full squad to choose from this weekend and he admits that means a few tough decisions will have to be made when selecting his starting XI. Click here for the full interview.

A Match To Remember: There are very few times where we look back at a defeat, but there was something important about our March 1993 clash with Swansea City at Deepdale. Click here for the details.

Jordan Storey Looking For Big Year: Preston North End centre half Jordan Storey begins his third season at Deepdale and is hoping to make it a big year for both the team and himself. Click here for Jordan’s thoughts.

A Foot In Both Camps: We look ahead to the visit of the Swans, with a former midfielder at both the visitors and Preston North End, Simon Davey, who spoke to us from his Atlanta home. Click here for the interview.

A solitary goal from Morgan Gibbs-White gave Swansea City the points on the opening day of the Championship season at Deepdale. 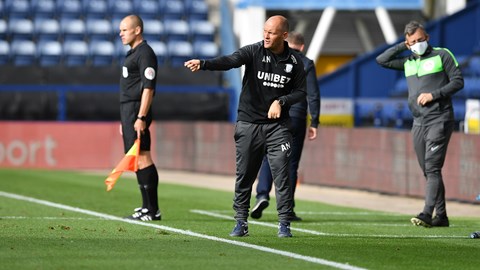 The strike, eight minutes after half-time, from close range, was Steve Cooper’s side’s only shot on target on a frustrating afternoon for Preston North End.

The visitors kicked-off off the 2020/21 campaign, but in a tight first half, it was the Lilywhites who had the first chance - Tom Barkhuizen, playing in attack seeing a shot blocked on 14 minutes after a ricochet into his path from Andrew Hughes’ cross from the left.

The Swans only chance in the first half fell to summer signing Jamal Lowe; the former Wigan man seeing his shot blocked by PNE skipper and right back Alan Browne, after a quick break from the Welsh side.

The opening goal of the season in PR1 came after the interval, as Andre Ayew switched the ball from the right to Jake Bidwell over-lapping on the left. He drilled across the ball into the six-yard box to where Wolves loanee Gibbs-White fired home from just outside the six-yard box, Connor Ripley having no chance in the goal.

This effort changed the game. Manager Alex Neil moved to a back three, with Jayden Stockley and Sean Maguire introduced as a front two and for the last 30 minutes it was defence against attack, with PNE having close to 80 per cent possession.

The best of the chances that came in that final half hour was on 61 minutes, as some lovely slick passing saw Potts find Barkhuizen down the left. The No.29 check back onto his favoured right foot, firing hard a low, on loan Newcastle keeper Freddie Woodman making a fine save, the ricochet falling back to Potts, but his effort was over the bar when leaning back trying to keep down a bouncing ball.

Three chances fell in the final three minutes. Firstly a Stockley header was straight at the Swansea No.1 from Browne’s cross, then Paul Gallagher and Ben Pearson both saw shots from the edge of the ‘D’ blocked by tackles either side of the 90 minute mark as Swansea held on for the win. 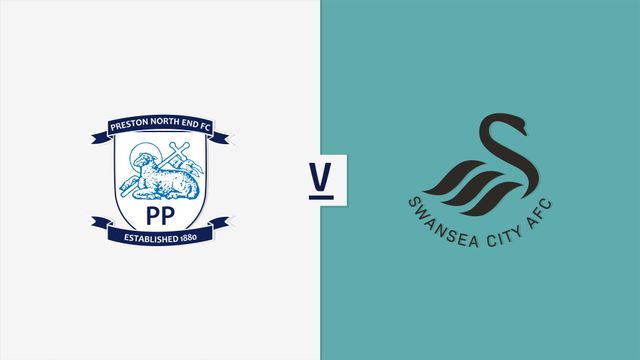