Preston North End are looking for a fifth consecutive clean sheet and a seventh game without defeat in the Championship when Reading come to Deepdale on Saturday.

With the feel-good factor back at Deepdale, ticket prices have been reduced across the stadium for this fixture, and supporters have until 6pm on Friday 18th February to take advantage of the offer before a return to normal matchday prices! Find full ticket details here.

Supporters, including season card holders, are also able to return to the Kop on Saturday as part of a trial, and fans are being encouraged to celebrate the occasion by taking part in ‘Flag Day’! Click here for more.

The fan zone will again be open from 12 noon for home supporters, with last orders before the game at 2.30pm, while it will reopen after the match with our usual offering of live music and refreshments, including Hot Potato Tram who are again joining us.

Supporters worldwide will be able to listen to the game live on iFollow PNE with a £2.50 match pass or £4.49 monthly pass, while those overseas can watch live for £10. Click here to subscribe!

There will also be the usual match coverage across our social media channels, while live updates and post-match reaction can be found here on PNE.Com.

Josh Murphy has returned to full training, but this game will come too soon for him, with manager Ryan Lowe hopeful of having the Cardiff City loanee in the fold for next weekend's trip to Coventry City.

Greg Cunningham, Sean Maguire and Tom Barkhuizen will also be unavailable through injury, with all three not expected to return until at least the end of February. 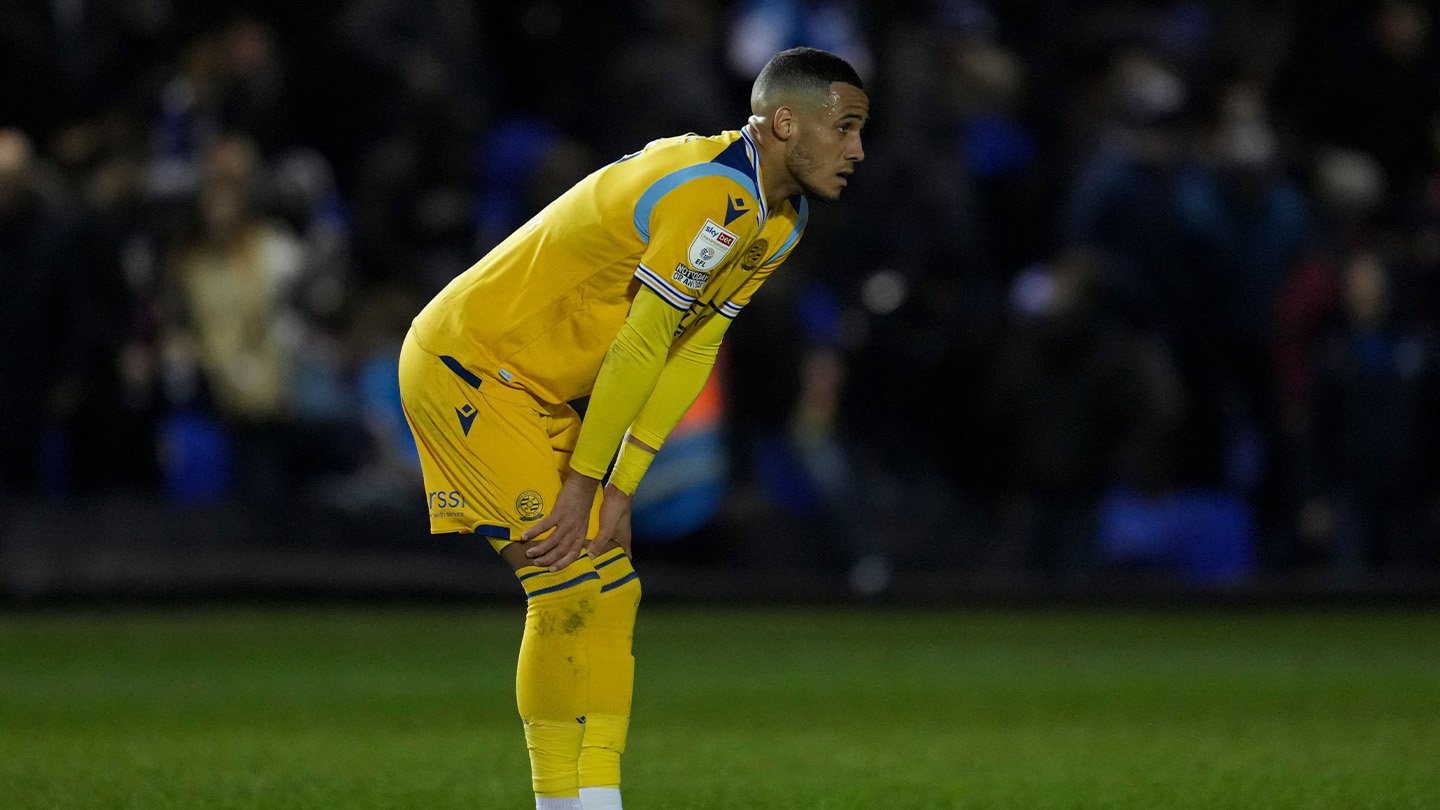 Reading arrive at Deepdale sat dangerously close to the drop zone, just two points above Peterborough United, having been hit with a six-point deduction earlier in the campaign.

Veljko Paunović's side had the perfect chance to extend that gap on Wednesday night when they faced Posh away from home, but they came away with just a point after a goalless draw.

Now with 15 games left of their season, they will be desperate to put a positive run of form together after what’s been a difficult period.

Reading come into this fixture without a victory in all competitions since November 2021, going winless in their last 12 matches.

A bright spark in their season has been former Chelsea attacking midfielder John Swift, who has played a direct part in 20 goals so far this term, and the 26-year-old has also scored four times in his career against PNE.

North End are looking for a fifth Championship clean sheet in a row for the first time since late 2015, when Simon Grayson's side kept six shut-outs in a row between October and November.

North End last came out on top against Reading in November 2020, scoring three second-half goals to earn a victory over the Royals who were flying high at the time.

After Daniel Johnson had seen his penalty saved, strikes from Scott Sinclair, Emil Riis and Brad Potts inflicted a first home league defeat of the 2020/21 season on Reading. 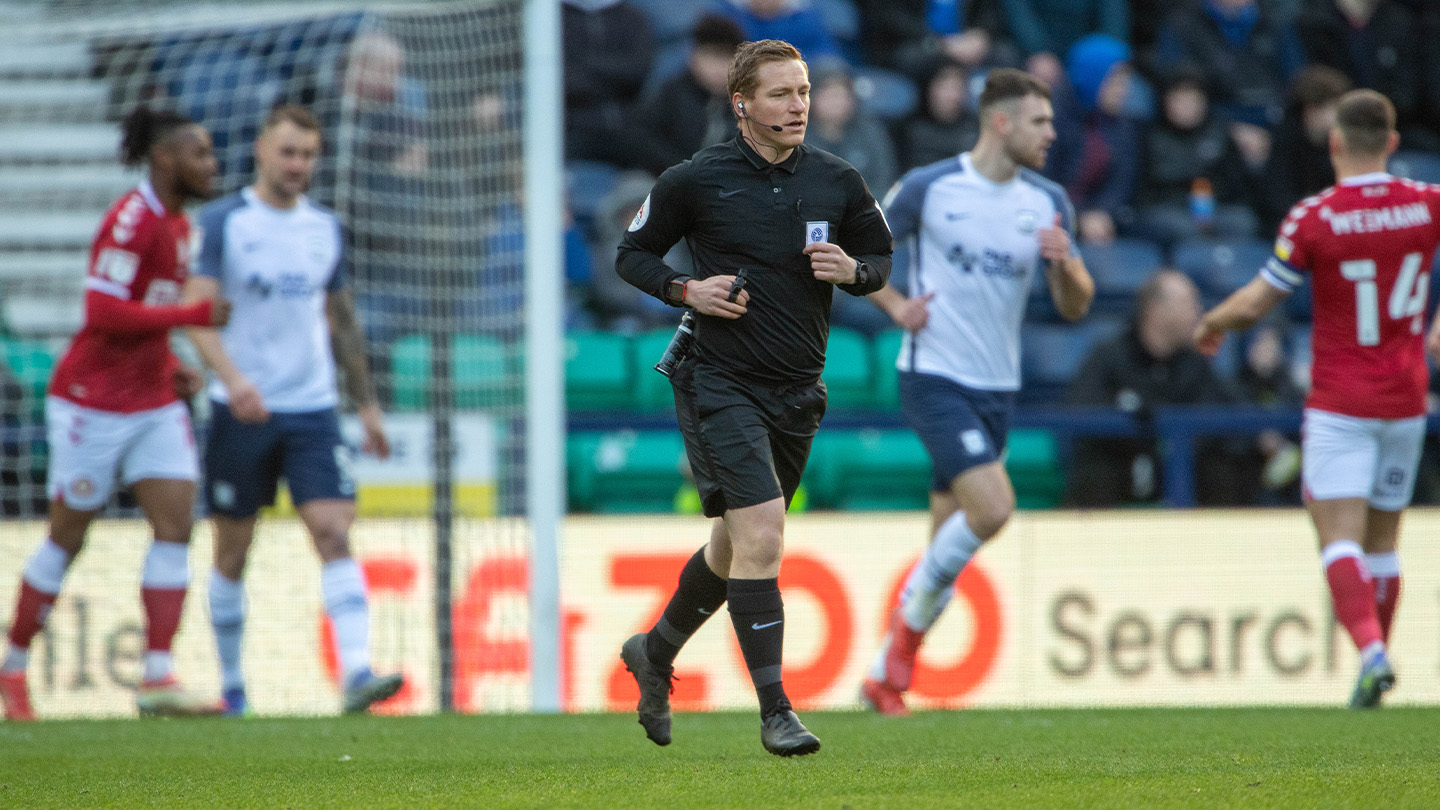 Referee John Busby is back at Deepdale on Saturday after taking charge of a PNE game for the first time in his career last month.

That was for the 2-2 draw against Bristol City, when Emil Riis’ last-gasp volley earned his side a late point.

Despite a late push, Preston North End couldn’t overcome a three-goal deficit as Reading left Deepdale with a 3-2 victory.

The Royals were two up within 20 minutes, with Lucas Joao scoring an early brace, and shortly after half-time John Swift had a third for his side.

Daniel Johnson got one back for North End almost immediately and Cameron Archer was on target 15 minutes before the end, but Ryan Lowe’s side couldn’t find an equaliser.

After the ground staff had done brilliantly to clear the wintry conditions at Deepdale, the game got underway and the visitors took the lead after just two minutes through Joao, who scored a follow-up after Daniel Iversen had kept out two close-range efforts.

Within 20 minutes, the striker had his second of the afternoon, receiving the ball with his back to goal before turning and firing into the top corner.

North End saw the majority of the ball in the following stages, without really creating anything of note, and Ryan Lowe opted to make an early change in the 35th minute, replacing Brad Potts with Liam Lindsay in a change of shape.

Two minutes later, though, it was Joao again asking the questions and he would have had a hat-trick were it not for a fantastic point-blank save from Iversen to deny the forward.

PNE had the perfect chance to halve the deficit before half-time, after superb pressing from Scott Sinclair won the ball back high up the pitch. He found Emil Riis around eight yards out and, with Cameron Archer and Alan Browne free to his left, he opted to shoot but sent his effort into the stands.

Another change followed at the break as Ryan Ledson replaced Ben Whiteman, but it was the visitors who had all the early cances, and Iversen was called upon three times within the first five minutes of the half.

First it was Swift he denied from all of 30 yards, before he pulled off two brilliant stops to deny both Michael Morrison and Lucas Joao from consecutive corners.

He could do nothing, though, when Swift played a one-two with Joao and the No.10 finished confidently into the far corner.

However, straight from the resulting kick-off, PNE were able to pull a goal back as substitute Ched Evans flicked the ball towards Johnson, and the Jamaican made his way into the area and slotted past the goalkeeper courtesy of a deflection.

Just short of 20 minutes later, the deficit was reduced to one by Archer as the ball fell kindly to him just a few yards out, and he fired home from inside six yards.

North End pushed for a late equaliser, with the likes of Sinclair and Evans coming close, but they couldn’t quite find the goal to earn a point.

Our reduced-price ticket offer for Saturday's home game against Reading has been extended until kick-off!

With the feel-good factor back at Deepdale, we want as many supporters as possible to be able to attend the game, but we are aware that due to Friday's weather conditions, some fans were unable to get down to the ticket office before the original 6pm deadline.

With that in mind, the ticket offer will remain available right up until kick-off on Saturday 19th February so that as many supporters can take advantage of the deal!

Ticket prices have been reduced across the stadium with prices as follows:

The reduced prices apply to all stand tickets at Deepdale, with the Bill Shankly Kop also open to home supporters for this fixture! A reminder that season card holders can relocate to the Kop if they wish to do so and will need to call the ticket office or visit in person during opening hours to arrange that.

Tickets are on sale at the reduced price now online at www.mypne.com, and from 9am on Saturday morning supporters can also buy in person from the ticket office or by calling 0344 856 1966.

Supporters who have already purchased their match tickets for this fixture at normal matchday prices can claim a refund for the difference in price. Please contact the ticket office by calling 0344 856 1966 or visit in person to process your refund. When supporters claim a refund please be aware that new tickets will be issues and the originals cannot be used.

This ticket offer will also apply to away supporters who are looking to buy on the day of the game. 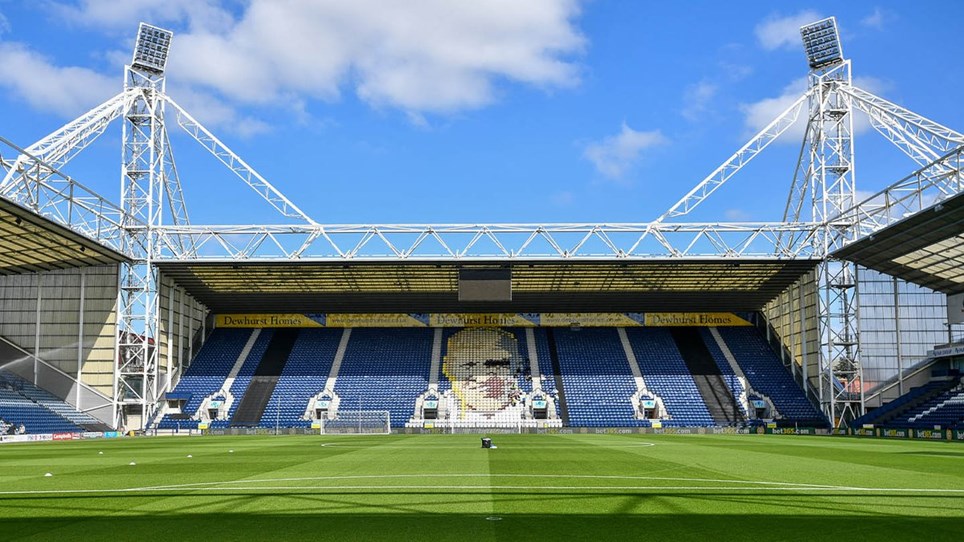 Kop To Be Opened For Reading Fixture


The Bill Shankly Kop will be open to home supporters for the visit of Reading on Saturday 19th February.