Preston North End will look to follow up their midweek victory over West Brom on Saturday as they return home to face Bristol City. 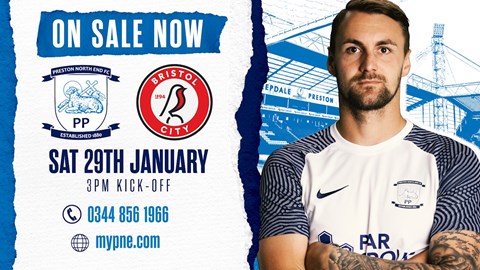 Back The Boys Against Bristol City!

Tickets for this fixture will remain on sale in person from the Deepdale ticket office, over the phone on 0344 856 1966 and online from www.mypne.com until kick-off on Saturday.

Please note, supporters are no longer required to provide evidence of their Covid-19 certification on entry to the stadium.

Our fan zone will be open from 12pm up until last orders at 2.30pm, and it will then reopen after the game with a special half price post-match offer on Bowland Brewery cask ales! Jake Heaton will be providing live music, while the usual wide range of hot and cold refreshments will be on offer.

If you can’t make it to Deepdale on Saturday, you can listen live on iFollow PNE worldwide with a £2.50 match pass or a £4.49 monthly pass, while overseas supporters can watch live for £10. Subscribe here!

We will also be providing our usual match coverage across our social media channels and right here on PNE.Com. 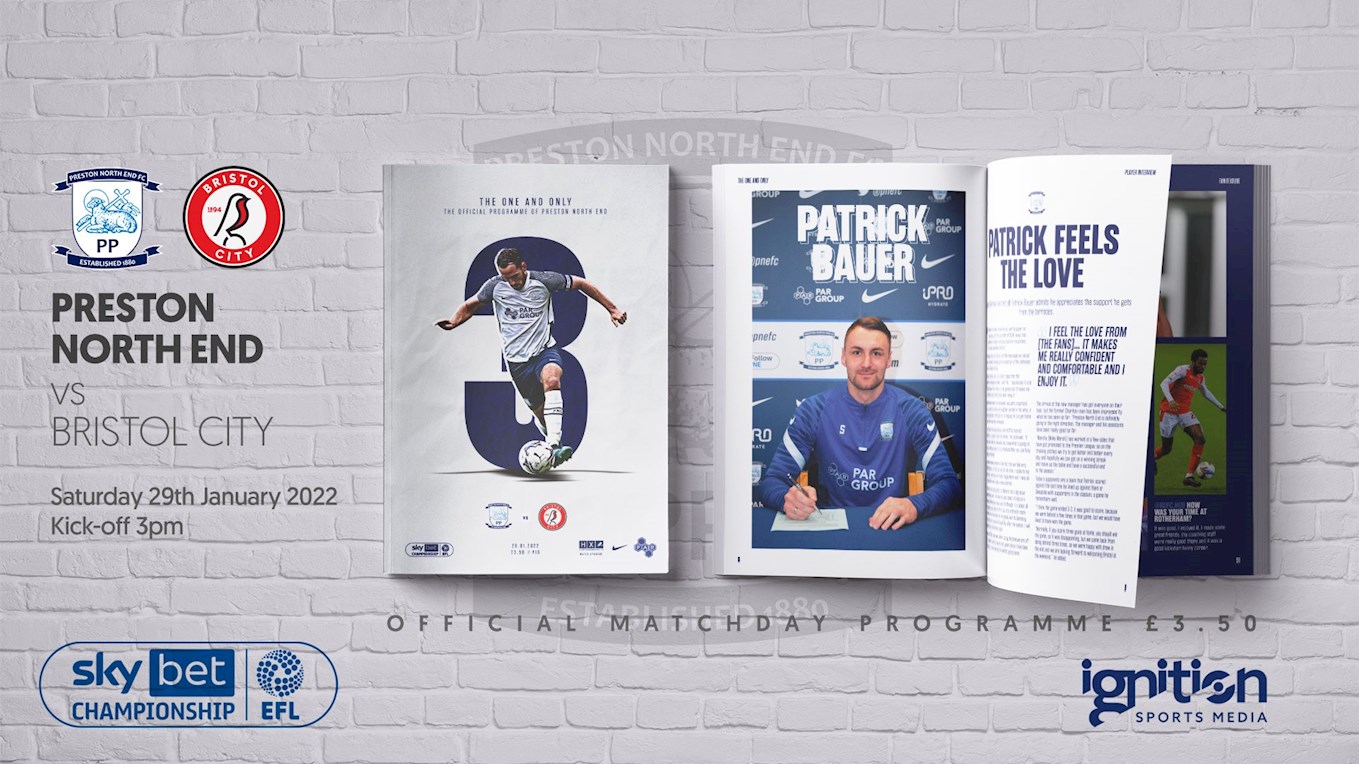 Former Bristol City man Greg Cunningham is our cover star for Saturday’s issue of The One And Only!

The defender discusses his time with the Robins, his return to Deepdale and life as a new parent, while Patrick Bauer talks his new contract.

There’s plenty more inside the programme, which you can order straight to your home or pick up from around the ground on Saturday. Find full details here. 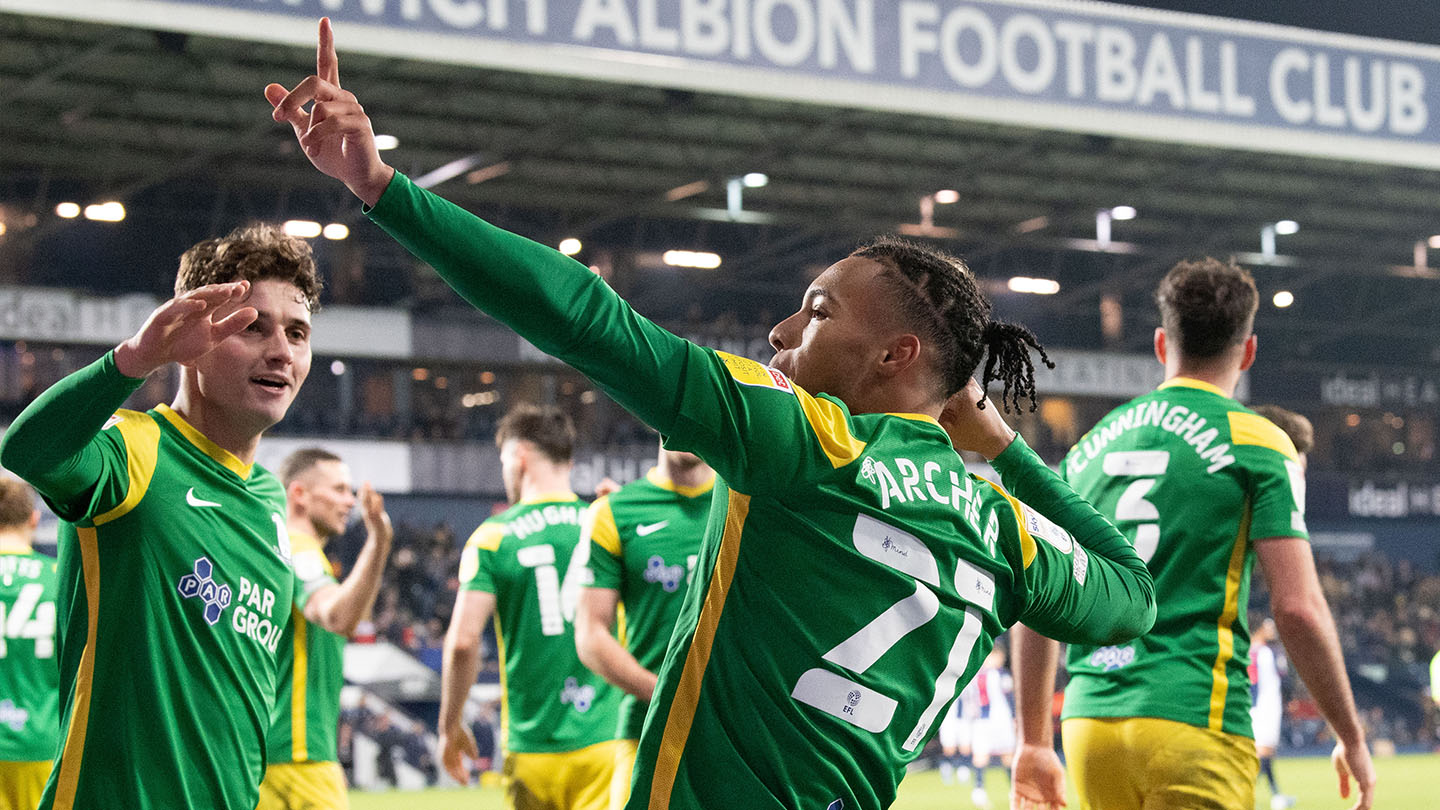 After picking up a knock to his ankle on Wednesday evening, Sean Maguire will be assessed on Friday as to whether he will be fit to feature this weekend.

Midfielder Daniel Johnson remains unavailable for PNE due to international commitments, while the likes of Tom Barkhuizen and Josh Murphy will miss out through injury.

Striker Cameron Archer will be hoping to earn a place in the starting XI following a goal on his debut midweek. 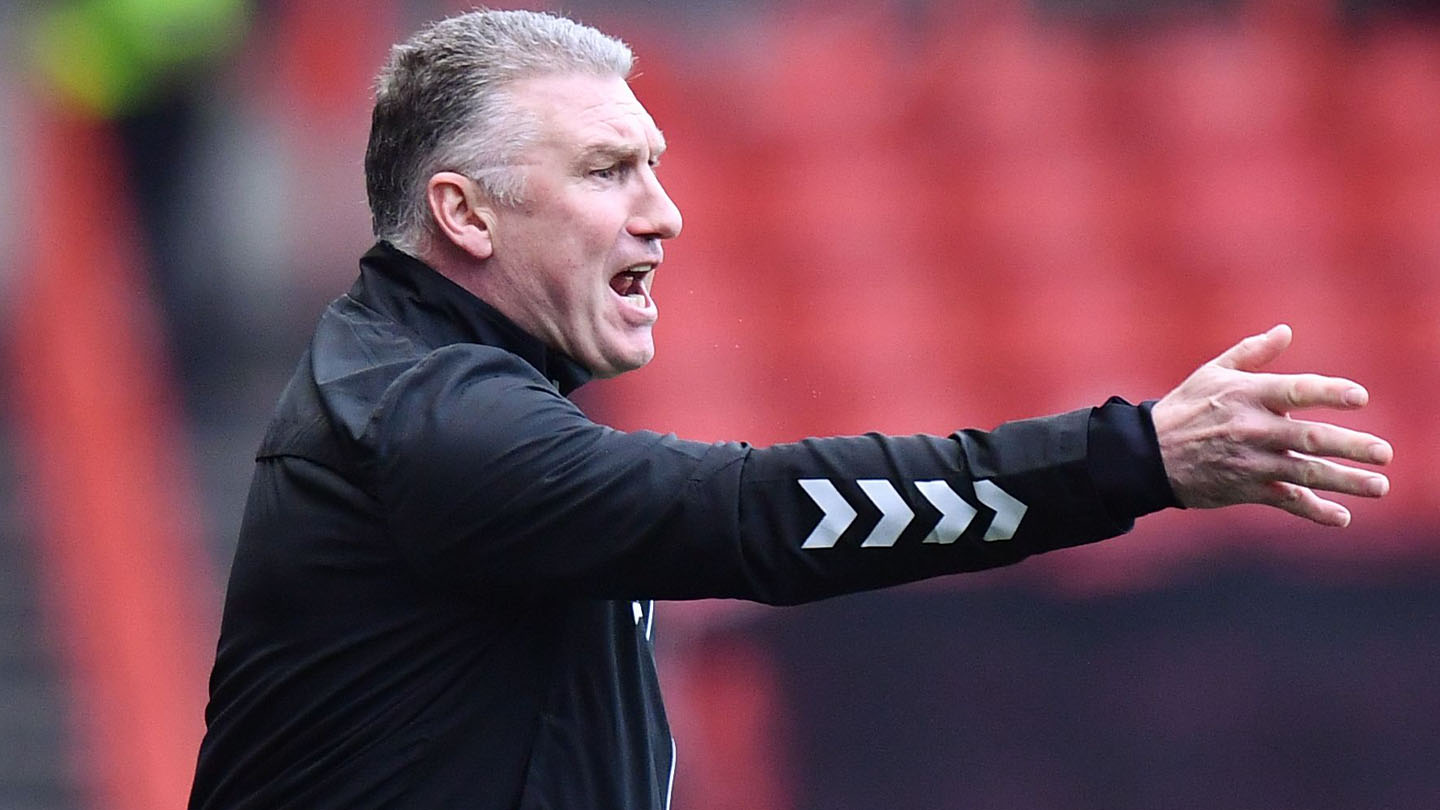 Bristol City sit 16th in the Championship on their arrival at Deepdale, with experienced manager Nigel Pearson in the dugout.

He’s been left frustrated this season with his side’s lack of consistency, highlighted by the fact they are yet to achieve back-to-back victories in the league this term.

A factor in their up-and-down form has undoubtedly been their tough luck with injury, and that could continue this weekend, as former PNE midfielder Matty James is one of a few key players who could miss out.

PNE are unbeaten in the last eight home meetings against Bristol City, with the last defeat at Deepdale against the Robins coming in 2011.

That was also the last time North End failed to score against the side from the south west at home, netting 15 in those eight games.

In Andreas Weimann, the visitors have one of the most in-form strikers in the division, with the Austrian having scored seven in his last six Championship games.

Neither side could break the deadlock the last time these two faced in each other, back in September 2021 at Ashton Gate.

North End had much the better of the chances, with Sean Maguire coming closest, striking the crossbar just before the half-time break.

Ben Whiteman and Daniel Johnson were among those who also came close, but PNE had to settle for a point. 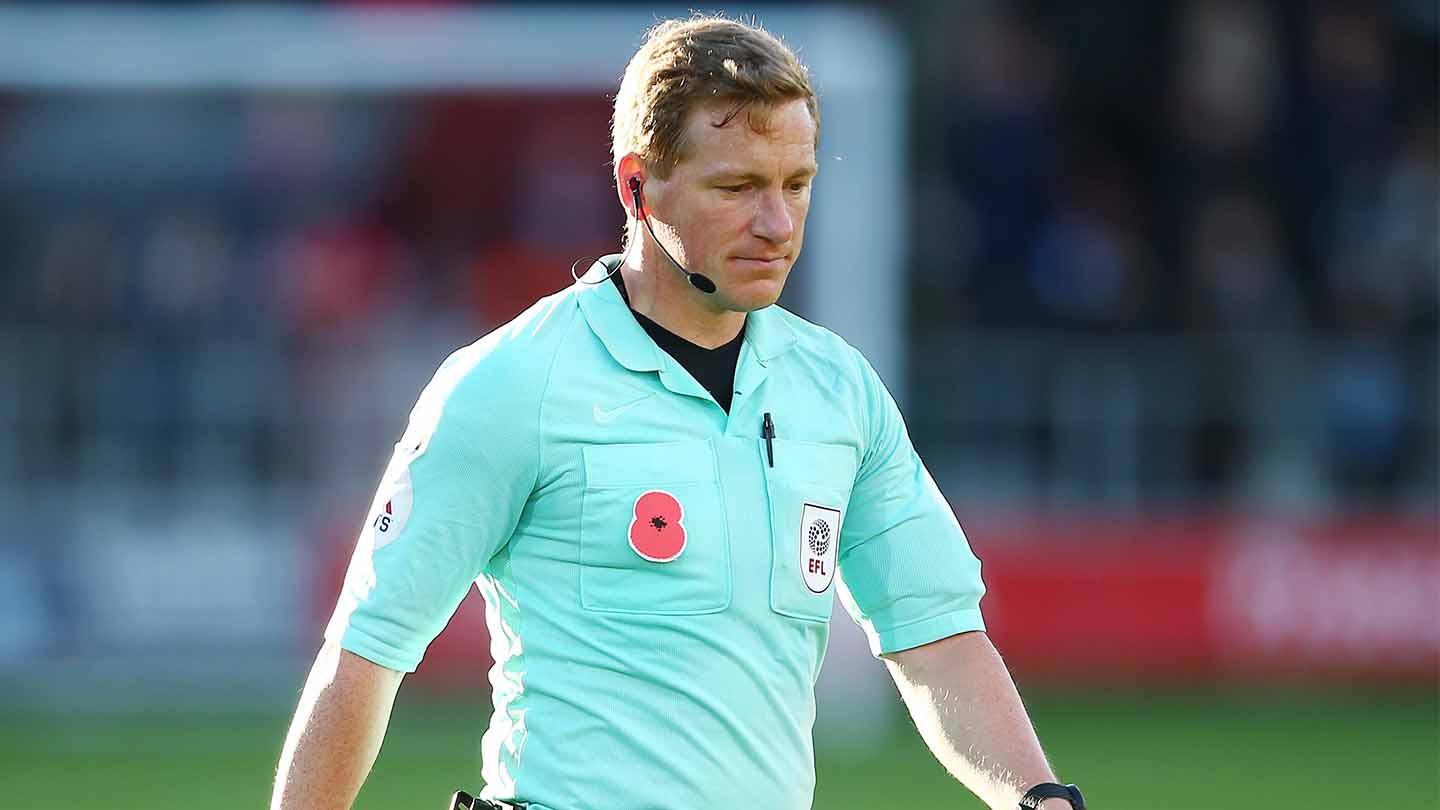 Busby, formerly an assistant referee, joined the National Group Referees List in 2016 and was added to the Select Group 2 List ahead of this season.

So far this term, he has taken charge of 22 matches, showing 87 yellow cards and four red.

Preston North End twice came from behind to earn a late point against Bristol City, thanks to a second half brace from Emil Riis.

The visitors had taken the lead inside 12 minutes through Chris Martin, before Riis drew the Lilywhites level in the second half with his 15th goal of the season in all competitions.

Semenyo threatened to spoil North End's afternoon as he fired home at the near post ten minutes from time, but Riis had the last say with an extraordinary volley into the far corner in the last of five added minutes at Deepdale - that his 16th strike in all competitions this term.

Following his goal against West Brom in midweek, Cameron Archer came in to make his first start for the club in North End’s only change to their starting XI.

The visitors were the side on top in the game’s early stages and they had their reward 12 minutes in, with Weimann sliding the ball through to Martin, who sent an effort across Daniel Iversen to find the bottom corner.

His strike partner Semenyo came close shortly after as he volleyed over the crossbar from the edge of the box during a good spell of pressure from the Robins.

Later in the half, Semenyo did well to beat Browne to get to the byline, before creating the best opportunity of the half, finding top scorer Weimann free just more than six yards out, but he somehow sent his effort wide.

With the Robins a goal to the good at the break, Ryan Lowe opted to make two changes, as Josh Earl and Ali McCann entered the fray in place of Greg Cunningham and Ryan Ledson.

It took just seven minutes for North End to find their equaliser, with Archer seeing his long-range effort parried by goalkeeper Max O’Leary and there was Riis to send home the rebound.

The visitors looked set to take all three points when they retook the lead late on, as Han-Noah Massengo slid Semenyo through in to the left channel and he beat Iversen at his near post to put the Robins ahead with little time remaining.

But North End kept on fighting, as an Ali McCann recovery tackle on the edge of his own box crucially set up one final attack, which saw Potts deliver a cross from the right flank to find Riis in the middle, and the Dane hit a superb acrobatic volley into the bottom corner to claim a dramatic point for the Lilywhites.